Ferland Mendy’s late goal in Bergamo separates the sides, as Real Madrid play host to Atalanta at the Alfredo di Stéfano Stadium in the return leg of their UEFA Champions League last-16 tie.

Although they harbor only a narrow advantage, it could be just enough for Real Madrid to reach the Champions League quarter-finals, as they’ve won eight of their last nine knock-out ties after running out victors in the first leg away from home. ‘Los Blancos’ relish the prospect of taking on Italian sides in Europe, as witnessed by the fact that they have won 11 of their previous 12 such contests (L1), notably scoring over 1.5 goals on ten of those occasions. Against this encouraging backdrop, Zinedine Zidane’s men have failed to win any of their last four home fixtures in the Champions League knock-out stages (D1, L3), conceding 2+ goals each time. After succumbing to the likes of Ajax and Manchester City at this same stage in the last two seasons, the reigning La Liga champions face the prospect of losing three consecutive home matches in the Champions League knock-out phase for the first time in the club’s history.

On the other hand, this will be Atalanta’s second UEFA European trip to Spain, with their only previous visit to the country resulting in a 4-3 win at Valencia in last season’s Champions League last-16. Having won each of their last five away Champions League fixtures, ‘La Dea’ enjoy the longest winning road streak of all teams still playing in the competition. Remarkably, Gian Piero Gasperini’s men have netted 2+ goals in four of those five victories, accruing a total of 14! At the other end of the pitch, the visitors kept a clean sheet four times across that four-game sequence, highlighting the potential for what would be a sensational comeback. Indeed, Atalanta have faced the second-fewest average of 1.7 shots on target per Champions League trip this season and remain the only side yet to concede on the road. 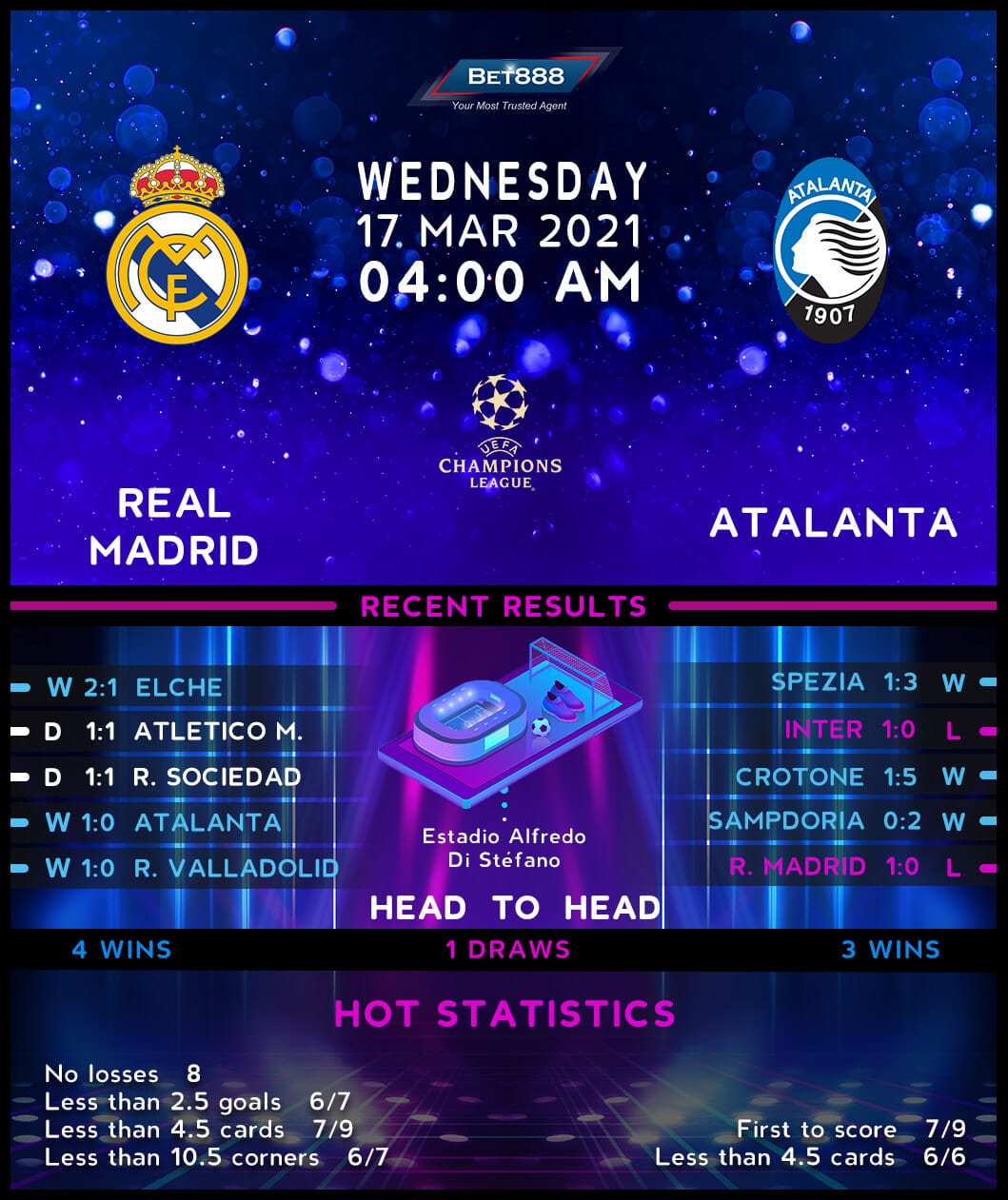