Real Madrid and Atletico Madrid go head-to-head at the Alfredo di Stéfano Stadium in one of the most highly anticipated fixtures on the La Liga schedule.

Fresh from a 2-0 home win over Borussia Monchengladbach in the Champions League midweek, Real Madrid will be looking to establish some consistency in La Liga after picking up only one triumph in their last four league matches (D1, L2). Indeed, ‘Los Blancos’ have been struggling in front of goal lately, notching precisely one goal in each of their four previous La Liga fixtures and failing to score in the first half in the last two. Also, Zinedine Zidane’s men have been alternating between a win and a loss in each of their opening four home league games (W2, L2), with three of those results (win/loss) coming by a narrow one-goal margin. Another tight affair is well on the cards, considering that seven of their previous top-flight home H2Hs have ended separating the sides by under 1.5 goals (W1, D3, L3).

Meanwhile, Atletico Madrid cruised past Salzburg 2-0 to seal a place in the Champions League knock-out stage, as they now look to maintain an unbeaten La Liga start (W8, D2). Notably, Diego Simeone’s men have picked up seven consecutive league triumphs since being held to a goalless home draw to Villarreal at the beginning of October. Remarkably, six of their seven victories during this run of fixtures saw Atletico keep a clean sheet while all but one came by at least a two-goal margin. Indeed, no team has shipped fewer league goals away from home than Atletico Madrid (1) so far. However, ‘Los Rojiblancos’ have failed to beat arch-rivals in each of their last eight La Liga H2H meetings (D5, L3) and have also drawn a blank in both of their previous top-flight cross-town trips. 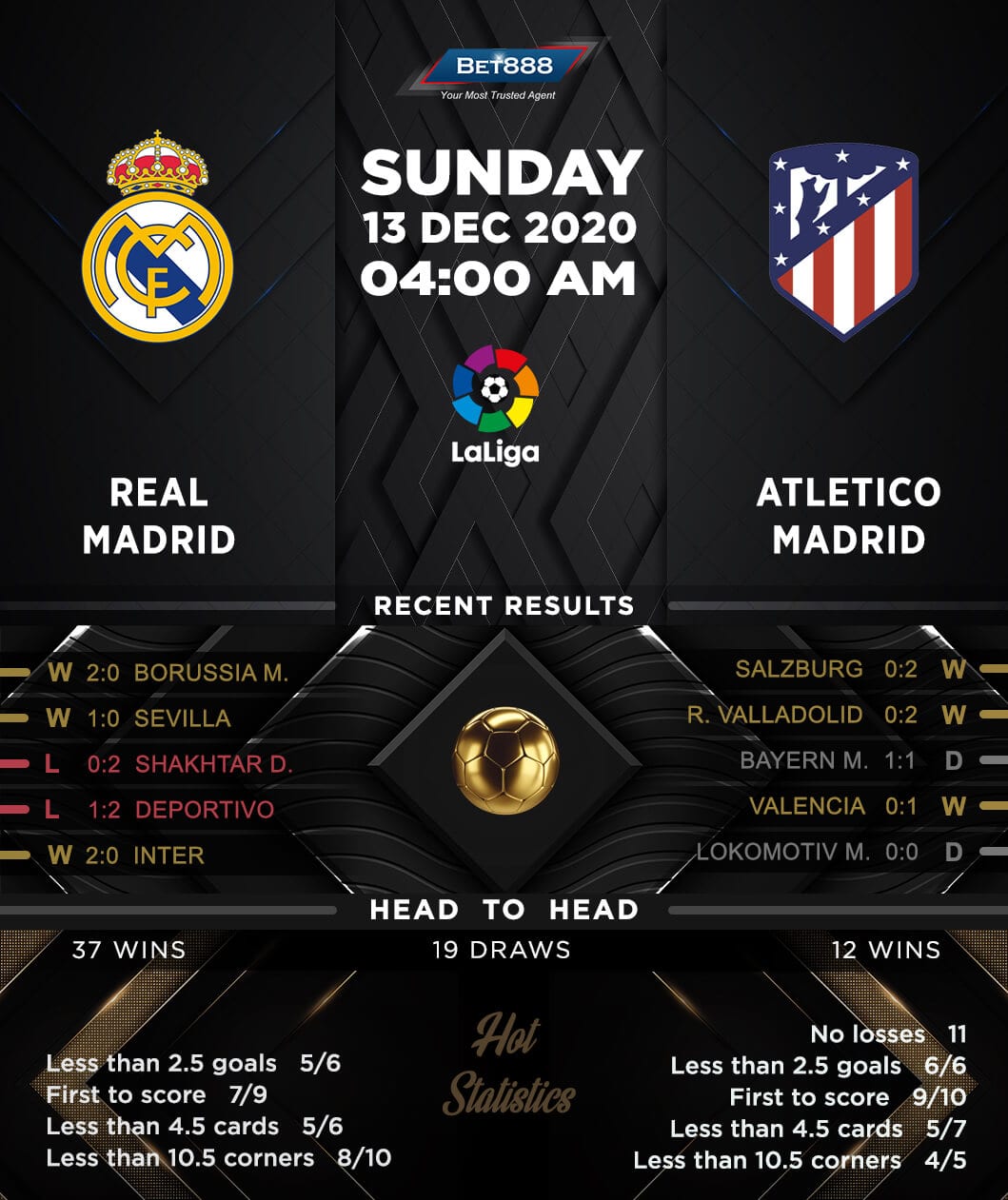