Real Madrid head into proceedings on a run of 12 competitive matches without losing (W10, D2), winning the last five by an aggregate score of 13-4. At home, ‘Los Blancos’ have won four of their five La Liga fixtures (D1) since succumbing to a dismal 2-1 defeat to Levante on Matchday 21, with three of those successes coming by the identical 2-0 scoreline. By extension, Zinedine Zidane’s men have won 71.43% of their home league games this season (GP14 – W10, D3, L1), with 70% of those triumphs yielding a blank sheet (7/10). A strong start will be of the essence, considering that each of the last five competitive meetings between these two sides in Madrid saw the victor register a shutout (W2, L3). Encouragingly, ‘Los Merengues’ have found the opener in ten of their 14 home La Liga outings this term.

Meanwhile, since suffering a disappointing 2-1 away loss at Cadiz on Matchday 12, Barcelona have picked up the pace, clocking up a remarkable 19-game unbeaten La Liga streak since then (W16, D3). The visitors have won their last six league fixtures by an aggregate score of 18-2, scoring the opener on each occasion. Additionally, the Catalan giants have racked up a nine-match winning run away from home in La Liga, recording six shutouts in the process. Victory over arch-rivals would see Barcelona post ten consecutive away La Liga wins for the third time in the club history. However, a 3-1 defeat at Camp Nou in the reverse fixture earlier in the season means Barca can lose both top-flight clashes against Madrid in a single league campaign for the first time since 2007/08. 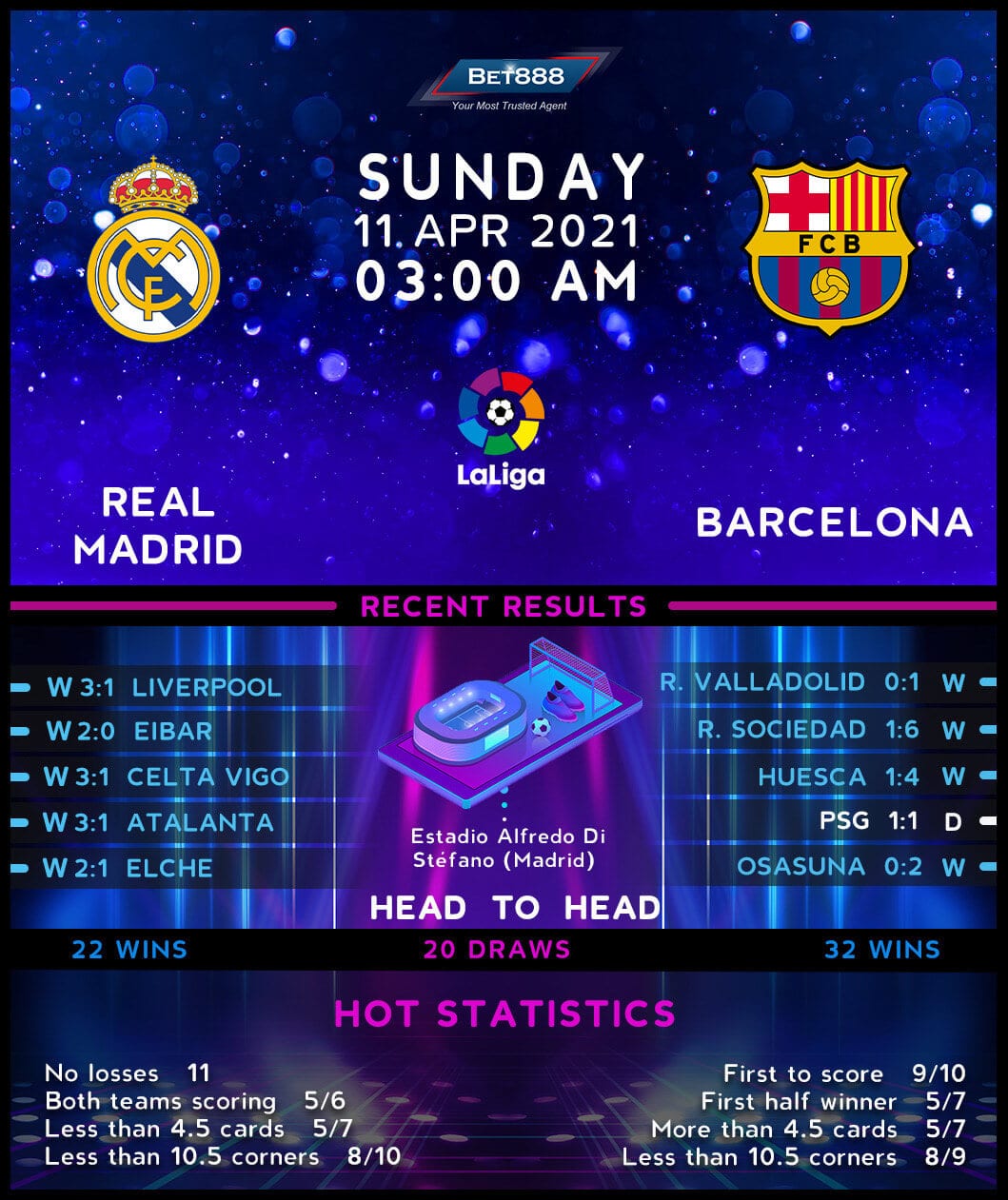