Real Madrid and Borussia Mönchengladbach lock horns at the Alfredo di Stéfano Stadium in a match that will determine the faith of both teams in the UEFA Champions League this season.

The hosts have suffered two defeats in their five group-stage matches in the Champions League this season (W2, D1), both of which came at the hands of Shakhtar Donetsk. A victory over Borussia Mönchengladbach would propel Real Madrid to the knock-out stage, while a failure would see them bow out already in the group stage for the first time in their 29 Champions League campaigns! ‘Los Blancos’ boast a solid Champions League record under Zinedine Zidane (W27, D10, L9), although it’s worth noting that four of those nine defeats have come in their last seven matches in the competition (W2, D1). A high-scoring affair is well on the cards, though, as evidenced by the fact that five of their previous European H2H meetings have yielded an average of 4.00 goals.

Since the H2H stake between these two is perfectly split (W1, D3, L1), Borussia Mönchengladbach must be confident of avoiding defeat here, which would see them through into the Round of 16. Notably, ‘Die Fohlen’ had gone unbeaten in their opening four matches in the Champions League group phase this term (W2, D2) before succumbing to a 3-2 away defeat to Inter Milan last time out. Still, Marco Rose’s men have been utterly impressive in the final third. They have scored over 1.5 goals in each of their opening five group-stage fixtures, accruing a competition joint-high 16 so far. Remarkably, they have found the net in all but one of their ten halves of Champions League football played so far. 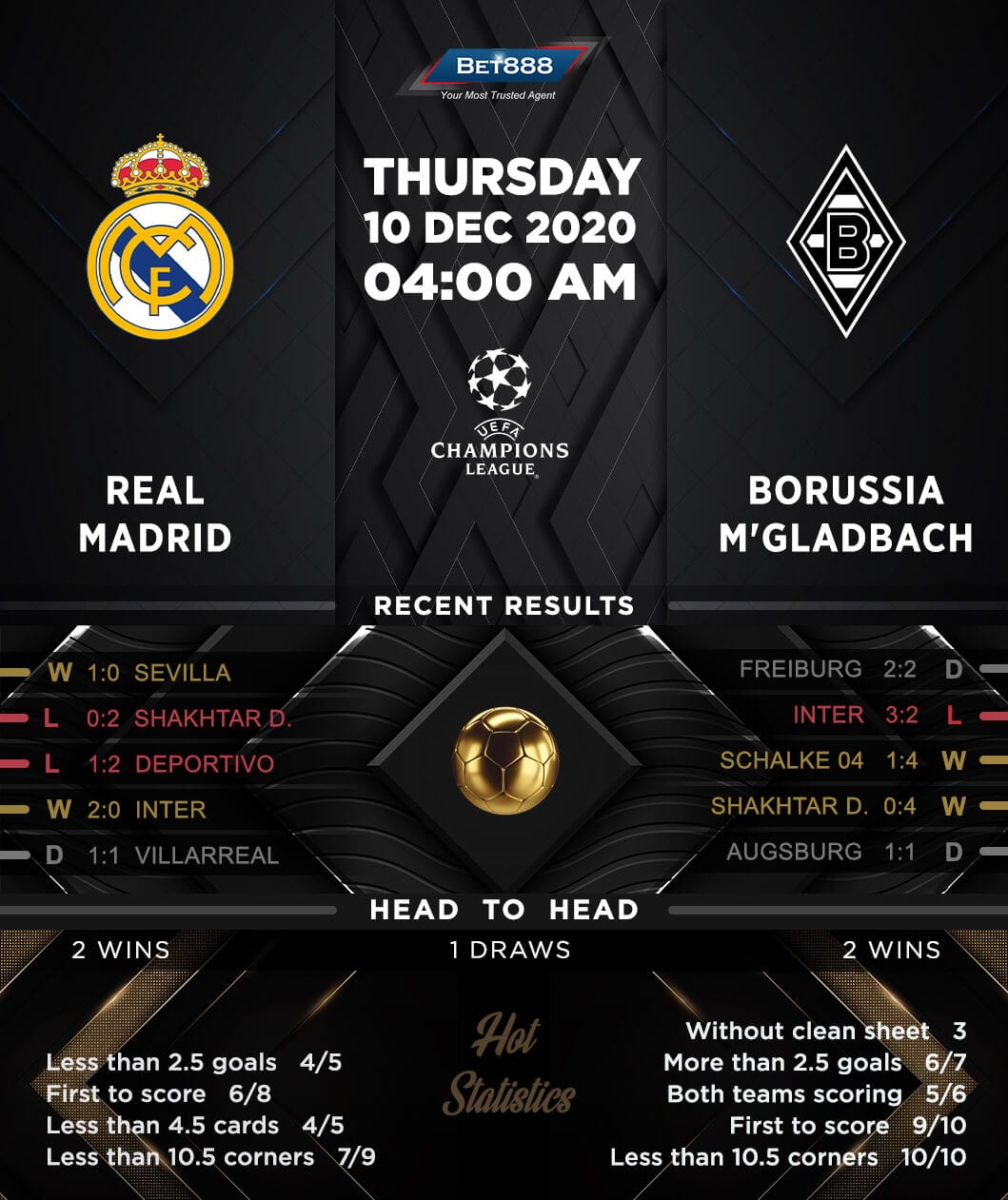