Real Madrid had been on a five-game winning La Liga run before being held to a dismal 1-1 draw with Granada last time out, as they now trail cross-town rivals Atletico Madrid by two points despite playing two games more than Diego Simeone’s side. At home, however, Zinedine Zidane’s men have won each of their last three league matches by a two-goal margin, with five of their seven goals scored across those triumphs coming in the second half of play. By extension, nine (69.23%) of Real Madrid’s 13 La Liga goals scored at home this season have come after the half-time break. Remarkably, ‘Los Blancos’ have found the net in each of their 28 previous top-flight meetings with Celta Vigo in Madrid, scoring an average of 2.6 goals across those clashes.

Meanwhile, momentum has been swinging in Celta’s direction lately, as they’ve gone from eight consecutive La Liga fixtures (D3, L5) to winning five of their last six league games (D1). However, the visitors have been struggling to impress on the road over the last few months, picking up just a single win in their 11 previous La Liga trips, the 2019/20 campaign included (D6, L4). Furthermore, ‘Los Celticos’ have failed to beat Real in any of their last eight top-flight visits to Madrid (D1, L7), conceding an average of 3.37 goals across those matches. Another thing worth noting is that Eduardo Coudet’s men have let in the opening goal (if any) in five (62.5%) of their eight La Liga trips this season, eventually failing to win any such contest (D3, L2). 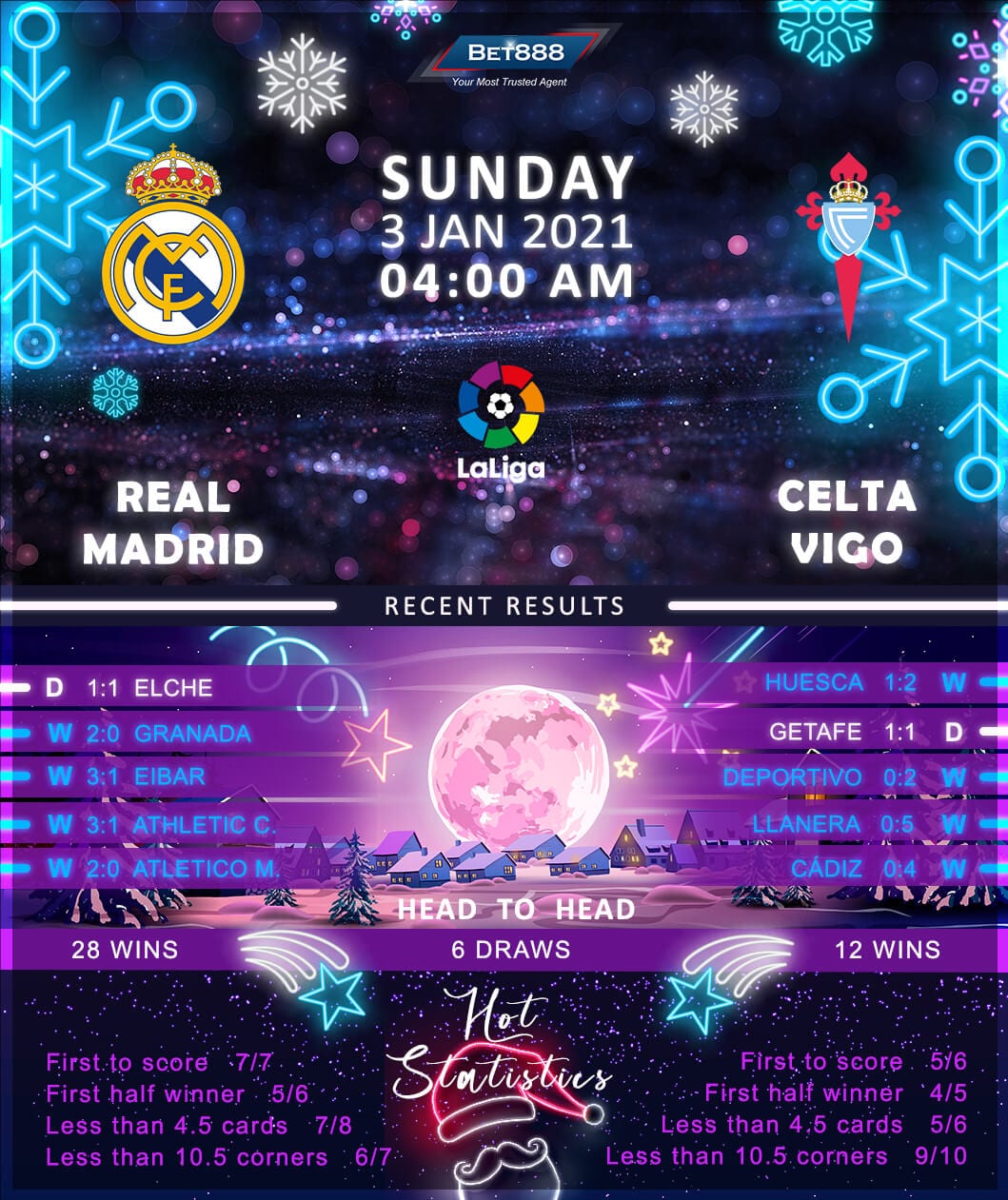