Real Madrid and Chelsea go head-to-head at the Alfredo di Stefano Stadium in the first leg of their UEFA Champions League semi-final tie.

Despite experiencing a tumultuous group-stage campaign, Real Madrid finished top of Group B ahead of the likes of Borussia Monchengladbach, Inter Milan, and Shakhtar Donetsk. ‘Los Blancos’ ousted Atalanta 4-1 on aggregate (1-0 A, 3-1 H) in the round of 16 before kicking out Liverpool in the quarter-finals following a 3-1 first-leg victory at home (0-0 A). Reigning La Liga champions boast an encouraging overall record in two-legged knock-out ties against Premier League opponents (W9, L5), coming out triumphant in four of the last five (L1). At home, ‘Los Merengues’ have lost just 16.67% of their European fixtures against English visitors (W9, D6). However, Zinedine Zidane’s men have picked up only five victories in their last 11 home Champions League games (D2, L4) despite winning four of five this season (L1).

Meanwhile, Chelsea made light work of their Group E adventure, finishing top of the section without a single loss (W4, D2), conceding only twice during the entire group phase. Thomas Tuchel replaced Frank Lampard in the dugout ahead of the knock-outs and has gone from strength to strength, shutting out Diego Simeone’s Atletico Madrid in both legs of their last-16 tie (1-0 A, 2-0 H) before beating Porto 2-1 on aggregate in the quarter-finals (2-0 A, 0-1 H). Worryingly, though, the ‘Blues’ have failed to progress from 75% of their UEFA two-legged ties versus La Liga adversaries (W3, D4, L5). On the bright side, however, they have suffered just one defeat in their last 13 home matches against Spanish visitors (W4, D8). Furthermore, Tuchel has never lost to a Spanish team as a manager (W3, D3) and has yet to lose a competitive away game as the Londoners’ boss (W8, D2). 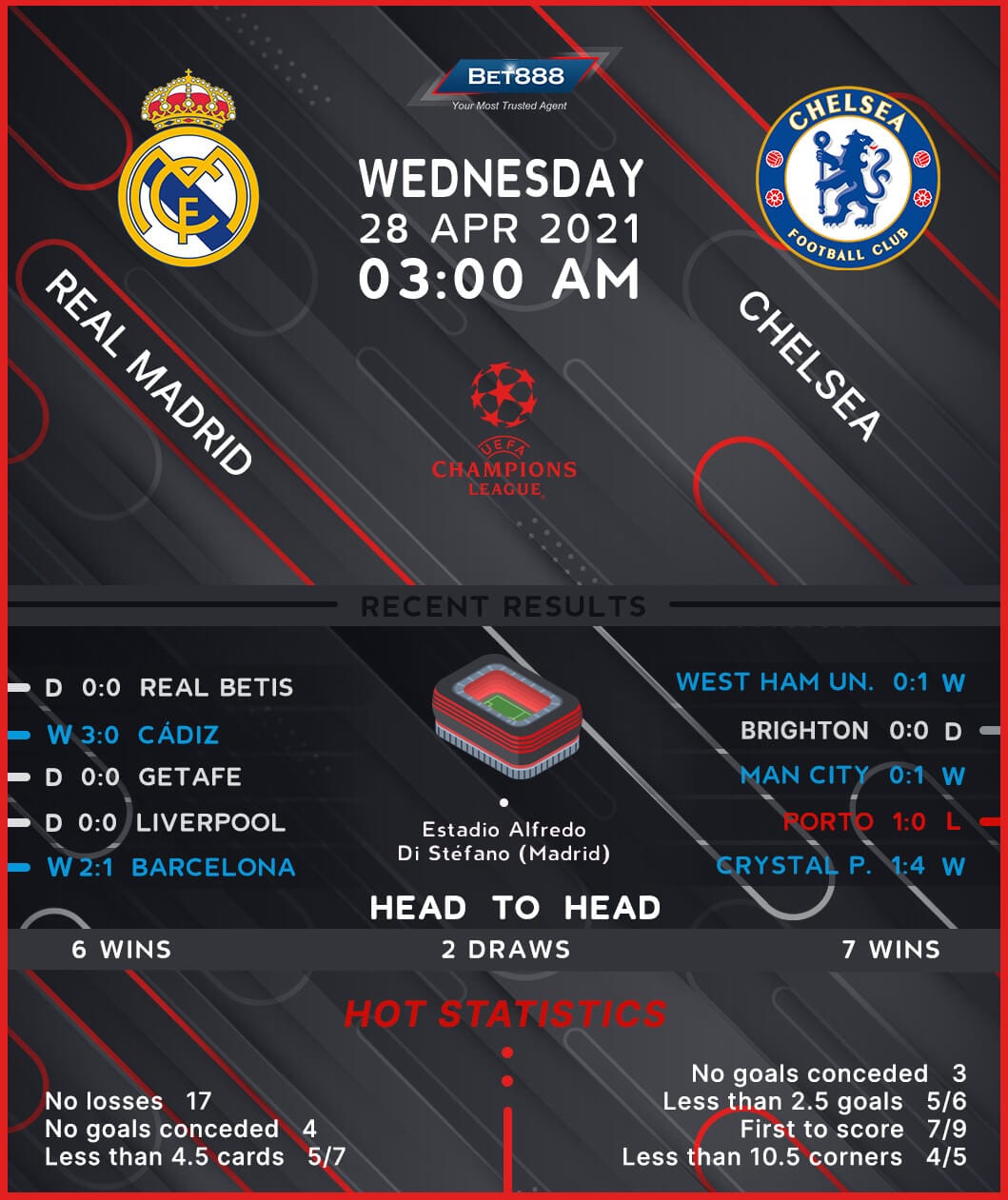