Encouraged by a monumental 2-0 away win over Inter Milan in the Champions League midweek, Real Madrid will be looking to return to winning ways in La Liga. Indeed, ‘Los Blancos’ have gone from back-to-back league triumphs to two matches without a win (D1, L1) despite breaking the deadlock on each occasion. Curiously, none of Real’s three La Liga home games this season has ended in a draw (W2, L1), with two of those results (win/loss) coming by the same 1-0 scoreline. A stalemate is seemingly unlikely to take place here, as evidenced by the fact ‘Los Merengues’ have won nine of their ten top-flight H2Hs as hosts since 1999 (L1), including the last eight. Remarkably, each of those eight victories came by at least a two-goal margin, with seven seeing Real Madrid score over 2.5 goals.

Meanwhile, an underwhelming start to the season has seen Alaves pick up just two wins in their opening ten La Liga matches (D4, L4), with their last three league outings ending in a draw. The visitors can take some confidence from the fact they’ve gone from two away La Liga defeats in a row to two successive such matches without a loss (W1, D1). But, a lack of ruthlessness in front of goal saw ‘El Glorioso’ score precisely one goal per fixture three times across that four-game sequence. Additionally, Pablo Machin’s men face another challenging task after drawing a blank in each of their last five top-flight trips to the capital. But, if they hit the net here, the ‘Babazorros’ are likely to do it post half-time, as two-thirds of their total league goals scored this term came in the second half of play (6/9). 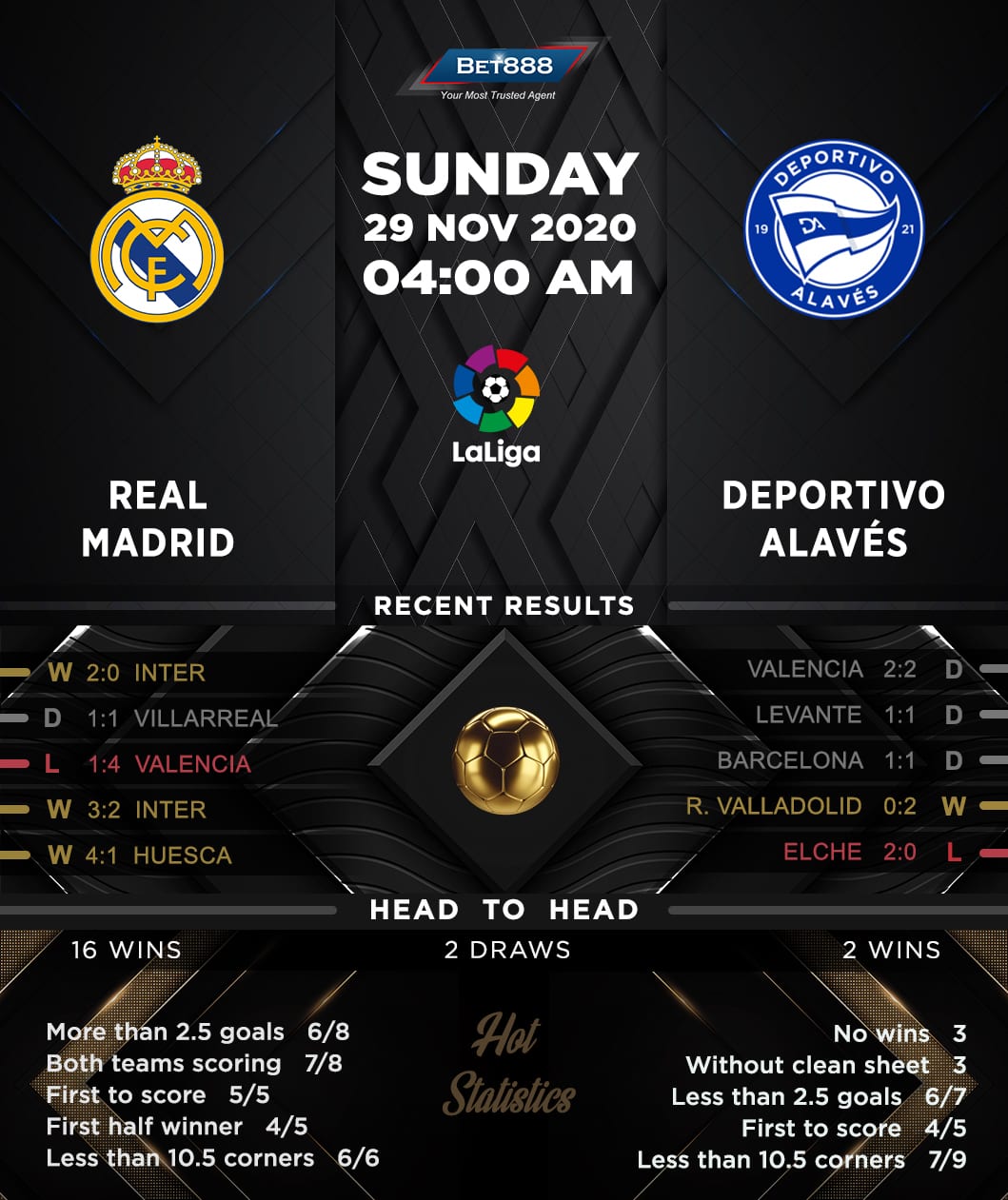