Stakes are high in this La Liga fixture as in-form Real Madrid and relegation-threatened Eibar lock horns at the Alfredo di Stéfano Stadium.

Back-to-back league triumphs on the eve of the international break took Real Madrid’s unbeaten run in La Liga to eight matches (W6, D2), helping them stay within a six-point distance from pacesetters Atletico Madrid. At home, Zinedine Zidane’s men have won three of their four league games (D1) since losing 2-1 to Levante on Matchday 21, scoring precisely twice in each success in that stretch. Additionally, ‘Los Blancos’ have failed to win just one of their six La Liga meetings with Eibar at home (D1), accumulating 16 strikes across those fixtures on an average of 2.6 per game. The reigning Spanish champions have enjoyed themselves against Basque teams in recent times, picking up ten victories in their last 14 La Liga matches against such opposition (D3, L1).

Meanwhile, Eibar’s hopes of avoiding relegation are hanging by a thread as they head into this encounter on the back of 11 consecutive La Liga matches without a win (D4, L7), a sequence that leaves them hover two points adrift of safety. Goals have been in short supply for the visitors this season, as they’ve registered a league-low 22 strikes so far on a miserly average of 0.78 per game. Curiously, though, they’ve managed 63.64% of their total La Liga goals scored this season away from home (14/22). Still, ‘Los Armeros’ are winless in nine league trips ahead of this game (D4, L5), netting under 1.5 goals on each occasion. Given their scoring woes, it comes as no surprise that they’ve failed to win any of the 14 top-flight fixtures in which they conceded first this season (D5, L9). 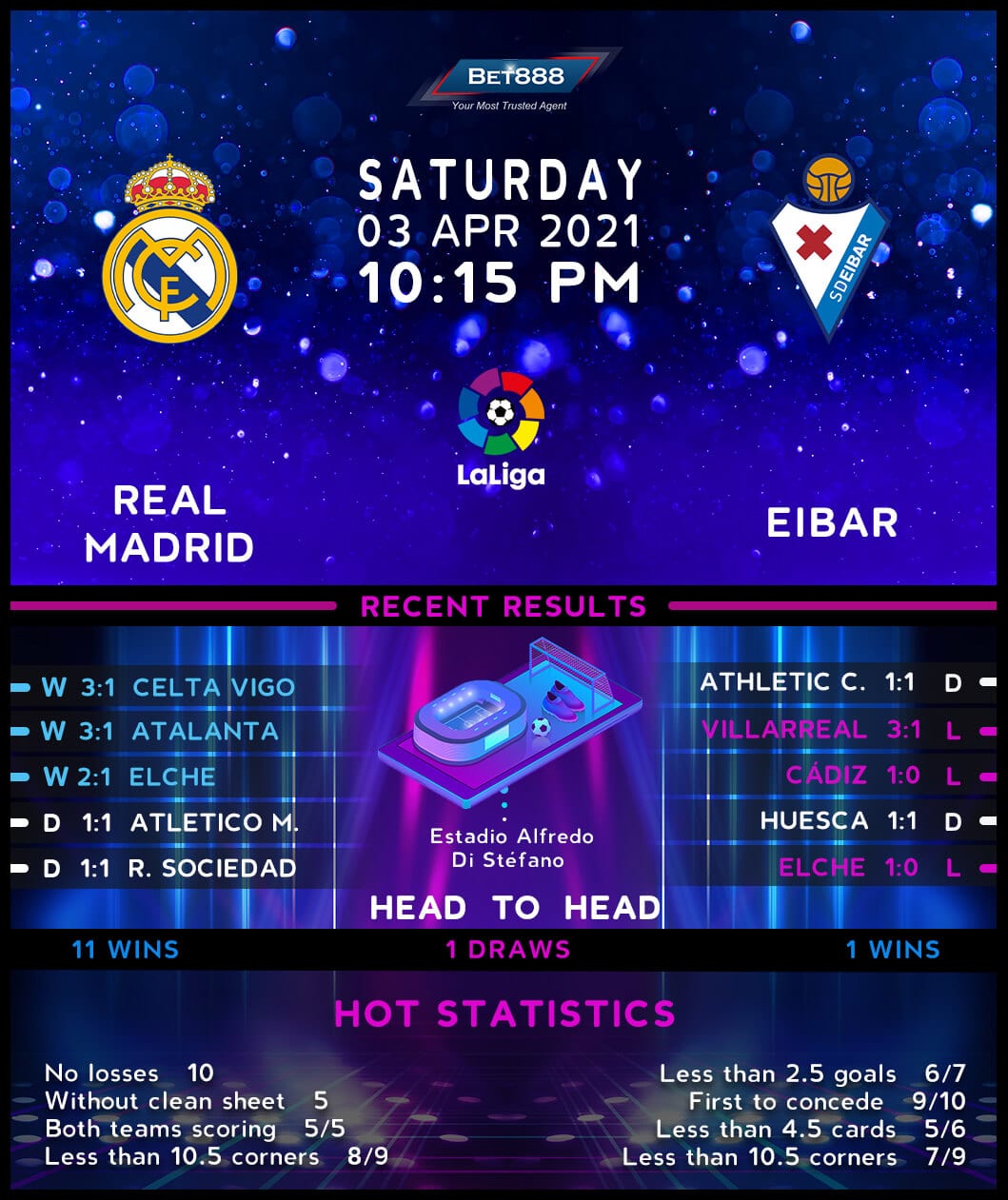