Real Madrid will be looking to wrap up another La Liga title when they take on bottom-half Espanyol at the Estadio Santiago Bernabeu.

Despite losing 4-3 at Manchester City in midweek Champions League action, Real Madrid will show up in a confident mood as they need a single point to mathematically seal a record-extending 35th La Liga title. ‘Los Blancos’ have won their last four league matches, netting 2+ goals in each occasion, as they look to avenge a dismal 2-1 defeat in the reverse fixture. There’s a good probability for that scenario, given that Madrid are unbeaten in their 24 previous La Liga home meetings with Espanyol (W21, D3), keeping a clean sheet in the last six on the trot. Remarkably, ‘Los Merengues’ have picked up 43 wins in their 45 previous La Liga home games against newly-promoted sides (D1, L1), highlighting their status as odds-on pre-match favourites in this one.

In the meantime, Espanyol may have to settle for a bottom-half finish despite enjoying a decent start of the season after a two-game losing La Liga streak left them three points adrift of 10th-placed Valencia. ‘Los Periquitos’ are one of the worst-performing away sides in La Liga, as witnessed by their underwhelming return of one win from their 16 league travels this season (D5, L10). Indeed, the visitors have suffered four defeats in their six away league games in 2022 (D2), conceding 2+ goals in four of those fixtures. Lapses in concentration in the later stages of play have seen Espanyol lose the joint-most points of any side via goals conceded in the last 15 minutes of games this season (11). Moreover, they’ve ended up on the losing side in 82% of their La Liga away matches in which they shipped the opener this term (W1, D1, L9). 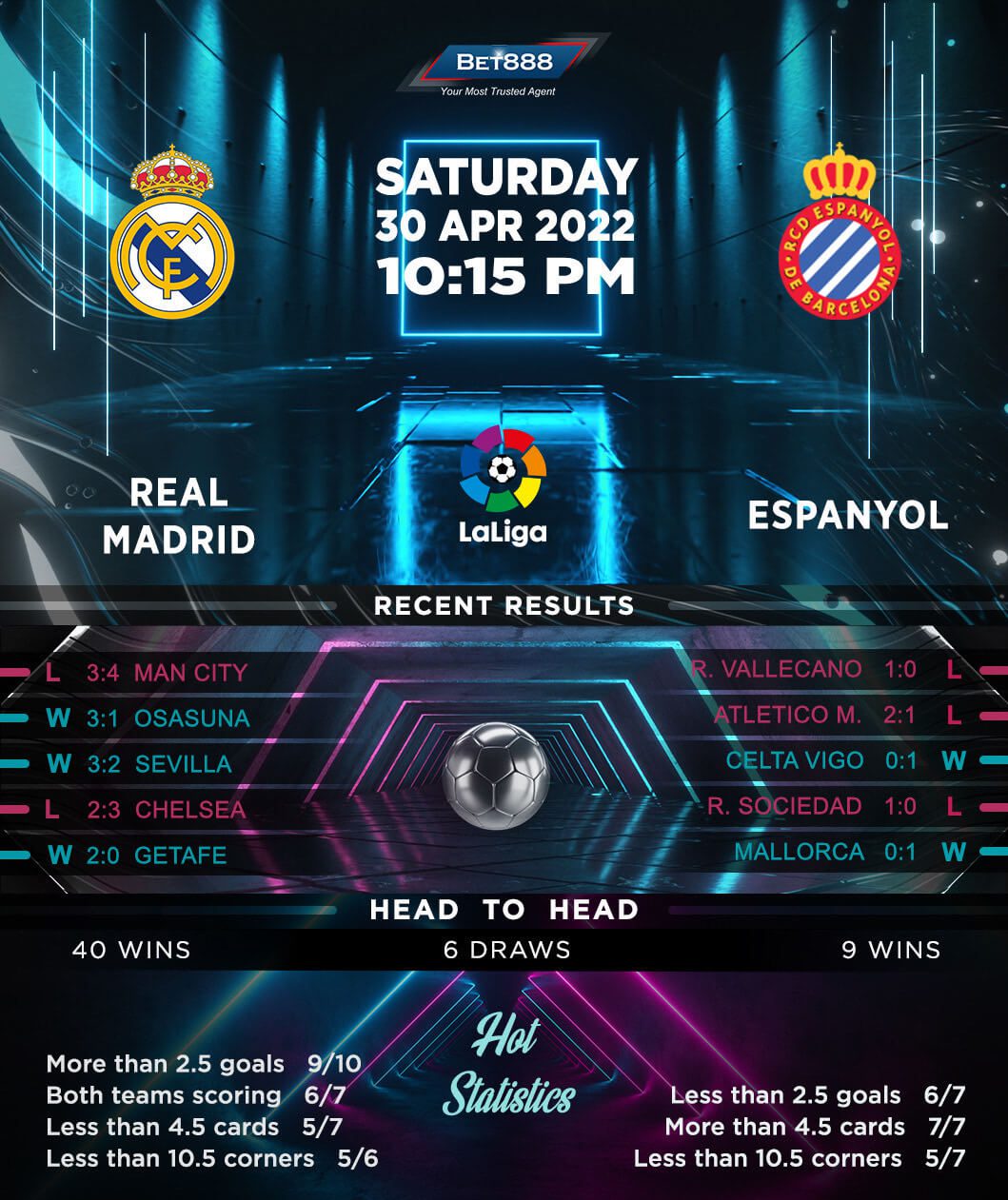