Real Madrid and Getafe go head-to-head at the Alfredo di Stéfano Stadium in a potentially low-scoring La Liga fixture. None of their last four top-flight H2Hs have seen both sides score, with three of them featuring under 2.5 goals.

Real Madrid have alternated a victory with a loss in their previous three La Liga outings (W2, L1), performing a second-half comeback to win at Huesca last time out. Interestingly, ‘Los Blancos’ go into this encounter as the only side yet to draw a home match this La Liga campaign (W6, L3), with six of their nine such contests seeing the same HT/FT result (W4, L2). After losing 2-1 to Levante in their last home league fixture, Getafe’s visit is a prime opportunity for Real Madrid to return to winning ways, given they have won each of their previous 11 top-flight meetings at home. Zinedine Zidane’s side could achieve that through their second-half brilliance that has witnessed 62.5% of their La Liga home goals scored this season arrive after half-time (10/16).

As for Getafe, they have gone from back-to-back La Liga triumphs to three consecutive league matches without winning (D1, L2), drawing a blank in the last two. Additionally, ‘El Geta’ have failed to find the net in three of their previous five away games in all competitions, which has been the case in their last two top-flight trips to Real Madrid. That said, no team have scored fewer away goals than ‘Los Azulones’ (9) this term, with Jose Bordalas’ men netting just one goal inside the first 15 minutes of play across their ten La Liga trips so far. At the other end of the pitch, Getafe have conceded a league fourth-highest 18 away goals, with the majority (61.11%) of them coming in the second half. 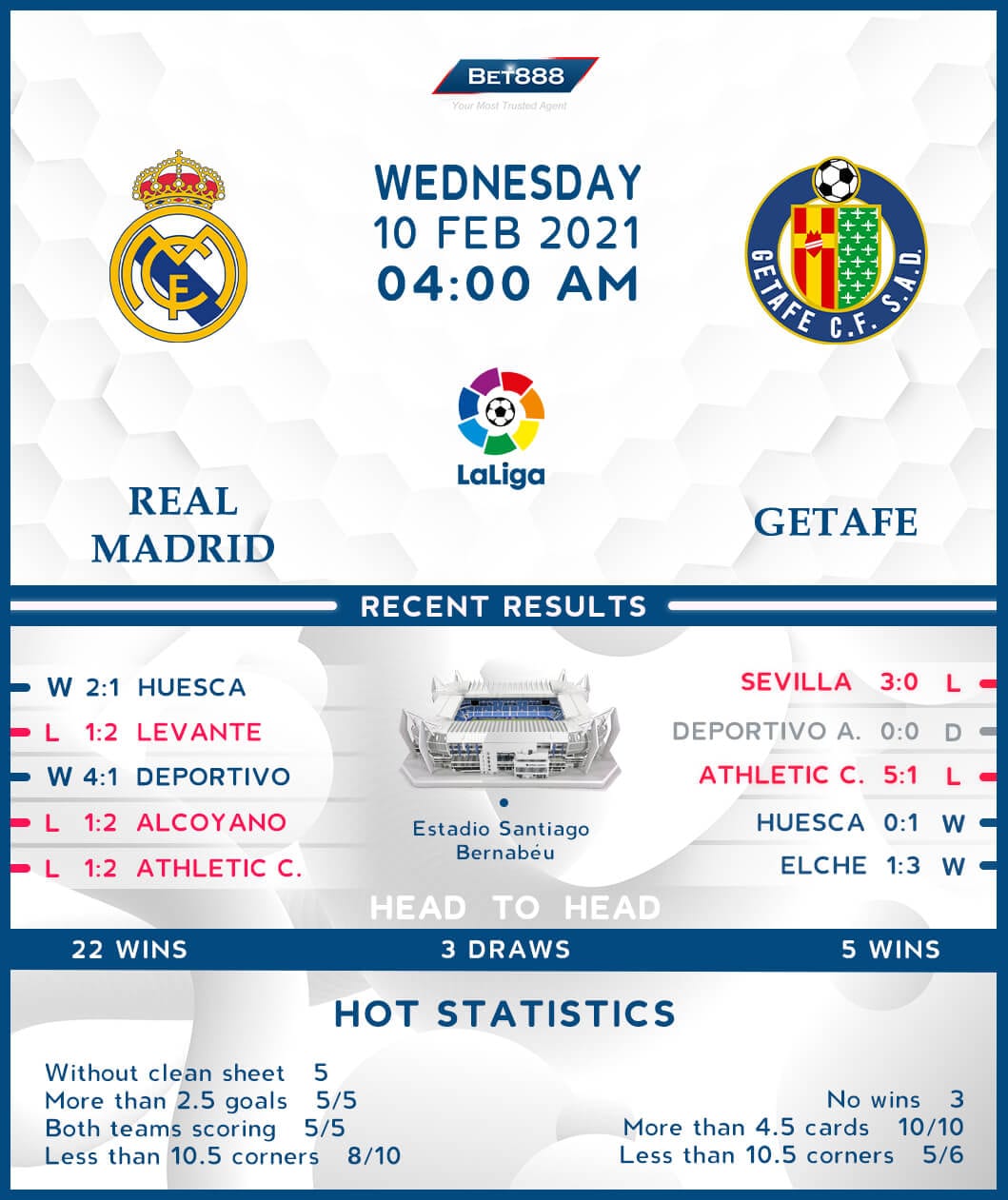