Real Madrid swept aside Eibar 3-1 on the road last time out, bringing their winning streak in all competitions to five games. Indeed, ‘Los Blancos’ have enjoyed a notable upturn in form lately, going from three consecutive La Liga matches without a win (D1, L2) to four league victories in a row. At home, none of Real’s six La Liga fixtures has ended in a draw this term (W4, L2), with half (3) of those results (win/loss) coming by a narrow one-goal margin. Zinedine Zidane’s men must be confident of picking up the points here, knowing they have won each of their last seven top-flight H2Hs as hosts. Notably, three of their four previous such successes have seen Real Madrid win the first half ‘to nil’ and subsequently prevail by a multiple-goal margin.

Meanwhile, the visitors head into this encounter on the back of two consecutive La Liga victories ‘to nil’ after failing to win any of their five league matches (D2, L3) beforehand. Away from home, though, ‘Los Nazaries’ have endured mixed fortunes in their last four La Liga games (W2, L2), with three of those fixtures won/lost seeing the winner on the day keep a clean sheet. For Granada, goals have been at a premium this season, as they’ve netted under 1.5 goals in each of their six La Liga trips, accruing a league third-low five goals in total. Curiously, though, four of those five goals scored have come in the first half of play. At the other end of the pitch, eight (75%) of their 12 away La Liga goals conceded so far have arrived after the half-time break. 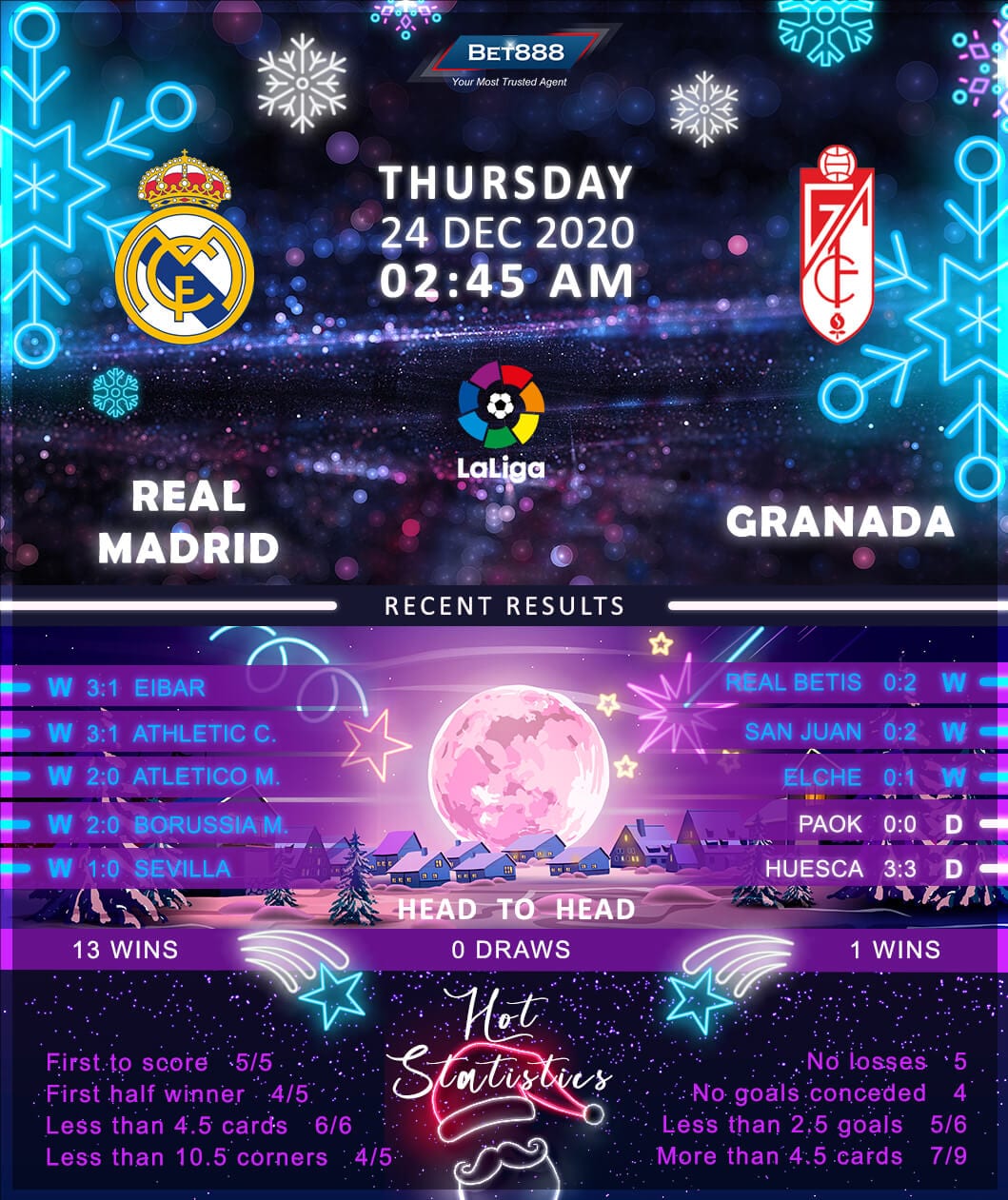