Real Madrid swept aside Deportivo Alaves 4-1 on the road last time out, extending their unbeaten run in La Liga to nine games (W7, D2). At home, ‘Los Blancos’ have won each of their four previous league fixtures via a two-goal margin, with three of them yielding the same 2-0 scoreline. Winning the first half could pave the way for another success, as Zinedine Zidane’s men have won all four La Liga home fixtures this season in which they were leading at half-time. However, in three of the four league games in which they were trailing at the break, they lost (W1). Additionally, ‘Los Merengues’ have only won once in their previous three top-flight meetings with Levante in Madrid (D1, L1), conceding exactly twice per game in the last two.

On the other hand, Levante have scored precisely two goals per match in their last three La Liga outings (W1, D2), with four of their six goals scored in that sequence coming beyond the 60-minute mark. Indeed, the visitors have been a fun team to watch lately, as six of their last seven league fixtures have seen over 2.5 goals and both teams on the scoresheet (W3, D3, L1). But, Paco Lopez’s men have often faltered on the road this season, losing five of their ten La Liga trips while winning just one of the other five (D4). Although Levante have conceded the opening goal in a league joint-high 13 matches this season, no team has returned more points after falling behind than them (14)! Curiously, 11 (57.89%) of their 19 La Liga games this term have featured a goal inside the final 15 minutes of play. 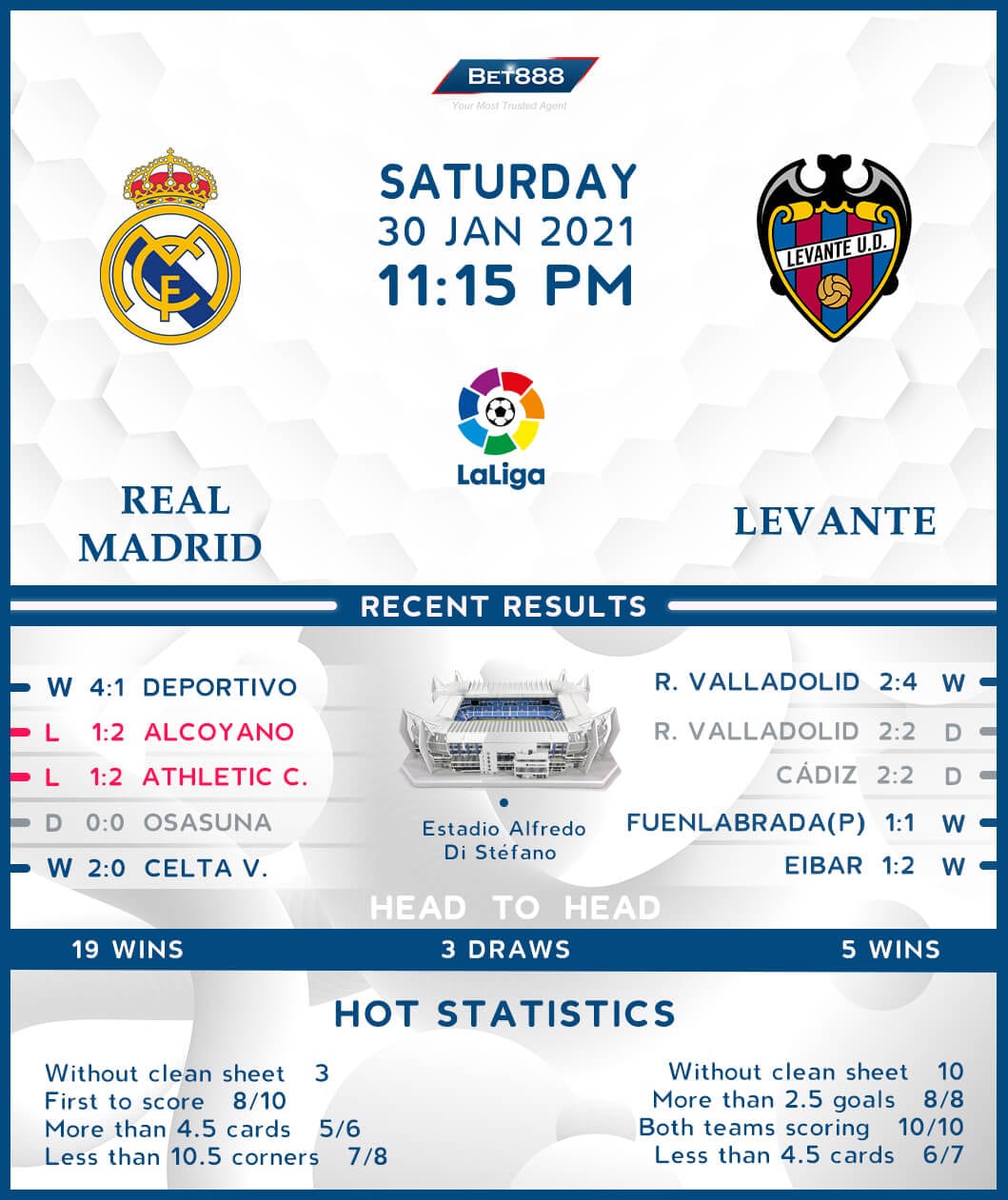