Experienced European campaigners will square off at the Alfredo di Stéfano Stadium as Real Madrid take on Liverpool in the first leg of their UEFA Champions League quarter-finals tie.

Real Madrid made light work of their Champions League last-16 tie against Atalanta, running out 4-1 aggregate victors (1-0 A, 3-1 H) to set up their first European meeting with Liverpool since their 3-1 victory in the competition final back in 2017/18. However, ‘Los Blancos’ succumbed to a disastrous 5-0 aggregate loss in the only previous two-legged tie between the sides. After picking up three consecutive Champions League triumphs, Zinedine Zidane’s side can now win four games in the competition on the bounce for the first time since their title-winning 2017/18 campaign. Notably, the Spanish juggernauts have won the first leg in eight of their last nine Champions League knock-out ties, with their lone failure in such engagements arriving against Manchester City in the 2019/20 round of 16. It will be Zidane’s 50th Champions League match in charge of Madrid, with the Frenchman boasting a decent 61.22% win-rate in the competition so far.

On the other hand, Liverpool swept aside RB Leipzig in the round of 16, winning both legs by the same 2-0 scoreline, with Sadio Mane and Mohamed Salah scoring one apiece in each leg. Having racked up all of their four goals in the last-16 post restart, the reigning Premier League champions have now registered eight of their last nine goals scored in the Champions League in the second half of play. It will be a daunting prospect for the ‘Reds’ to keep their winning streak going here as they meet a Real Madrid side they have lost to in all three of their previous Champions League encounters. Jurgen Klopp has guided his teams (Liverpool and Borussia Dortmund) to five consecutive wins in the competition quarter-finals. However, Liverpool have secured just one victory in their last eight European meetings with La Liga opponents (D2, L4). 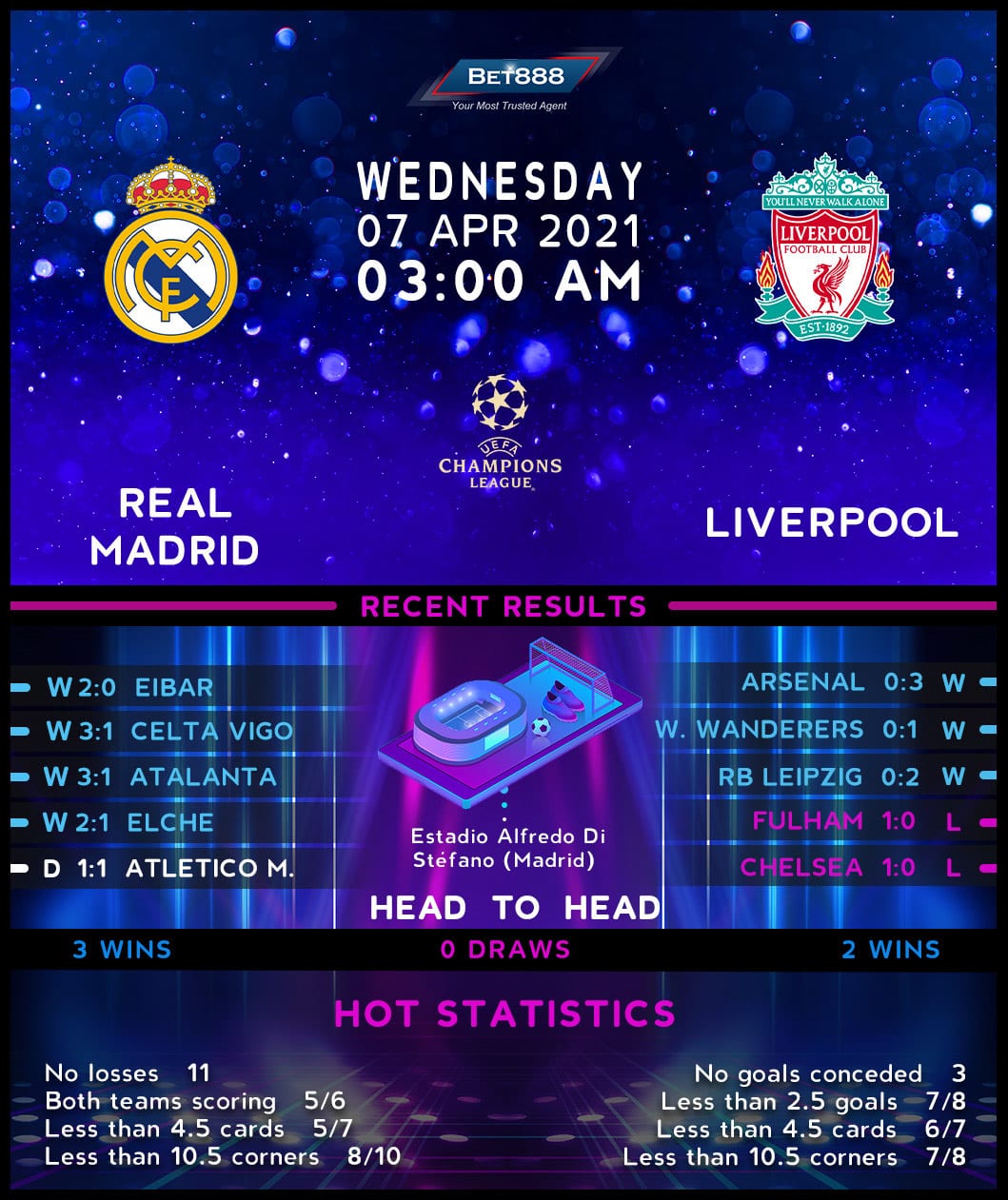