Real Madrid’s pursuit of their second successive La Liga title continues this weekend as they take on mid-table Osasuna at the Alfredo di Stéfano Stadium.

In spite of two bore draws in their last three La Liga outings (W1), Real Madrid remain firmly in the race for the title as they trail top-placed Atletico Madrid by just two points ahead of the kick-off. Since suffering a shocking 2-1 loss to Levante in late January, ‘Los Blancos’ have clicked into gear at home, racking up a seven-match unbeaten league streak in Madrid (W5, D2). Zinedine Zidane has shored up Madrid’s defense this season, as evidenced by the fact they have conceded second joint-low ten home goals this La Liga campaign, letting in over 1.5 goals per home league game just twice (12.5%) in 16 such contests so far. ‘Los Merengues’ could improve that record here as they take on a side they have shut out in two of their last three top-flight H2Hs as hots (W3).

Meanwhile, Osasuna’s most recent La Liga trip yielded a 2-1 defeat to Celta Vigo, halting a four-game unbeaten run away from home (W3, D1). ‘Los Rojillos’ registered a shutout three times during that abovementioned sequence, though each came against the sides from the bottom half of the table. Nonetheless, the visitors have established themselves as a water-tight defensive unit this season, having shipped over 1.5 goals per away league match in just 31.25% of their La Liga trips thus far. By contrast, Jagoba Arrasate’s men have conceded an average of 4.4 goals on average across their last five top-flight trips to Madrid (L5), letting in 4+ goals on four occasions! Additionally, Osasuna have lost both this season’s trips to the current top-four teams by an aggregate score of 5-0. 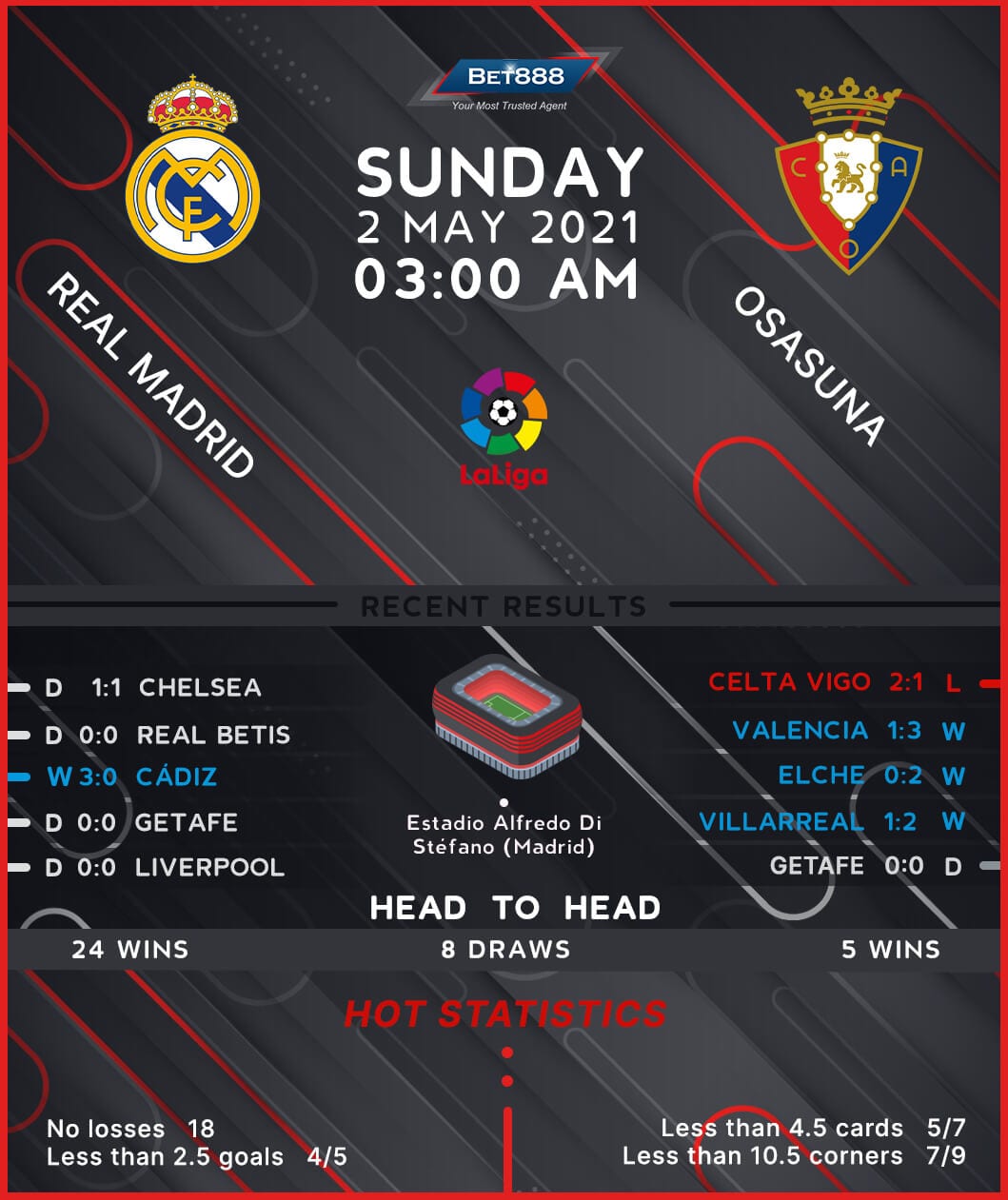