Real Madrid have no margin for error if they want to stand a chance in the La Liga title race, as they take on out-of-sorts Valencia at the Alfredo di Stéfano Stadium.

Back-to-back La Liga wins are handy coming into this encounter, considering Real Madrid suffered a humiliating 4-1 loss at Mestalla in the reverse fixture. It’s time for a payback, and ‘Los Blancos’ can land on a stunning 12-match unbeaten run against Valencia in their top-flight meetings in Madrid (W7, D5). What’s more, Zinedine Zidane’s men have netted 2+ goals in each of their last seven La Liga H2Hs as hosts, which has been the case in five of their previous six home league outings. The reigning Spanish champions have been a nuisance in the second half this season, returning a league second-highest (15) La Liga points through the goals scored after half-time! Indeed, two-thirds of Real Madrid’s league goals netted at home this campaign have come in the second half of play (12/18).

On the other hand, the visitors are still trying to find their footing, having won just two of their last 12 La Liga fixtures (D7, L4), with both of those victories coming against the sides currently sitting in the relegation zone. Adding to that misery, Valencia have failed to win any of their last nine away La Liga matches against the capital-based teams (D2, L7), losing all four ahead of this visit. Despite a lack of ruthlessness in front of goal, ‘Los Murciélagos’ will be confident of finding the net here after scoring precisely once in each of their last seven La Liga trips. Valencia’s attacking set-up usually sparks into life after half-time, as witnessed by the fact eight (66.67%) of their 12 away league goals scored this campaign have arrived in the second half of play. 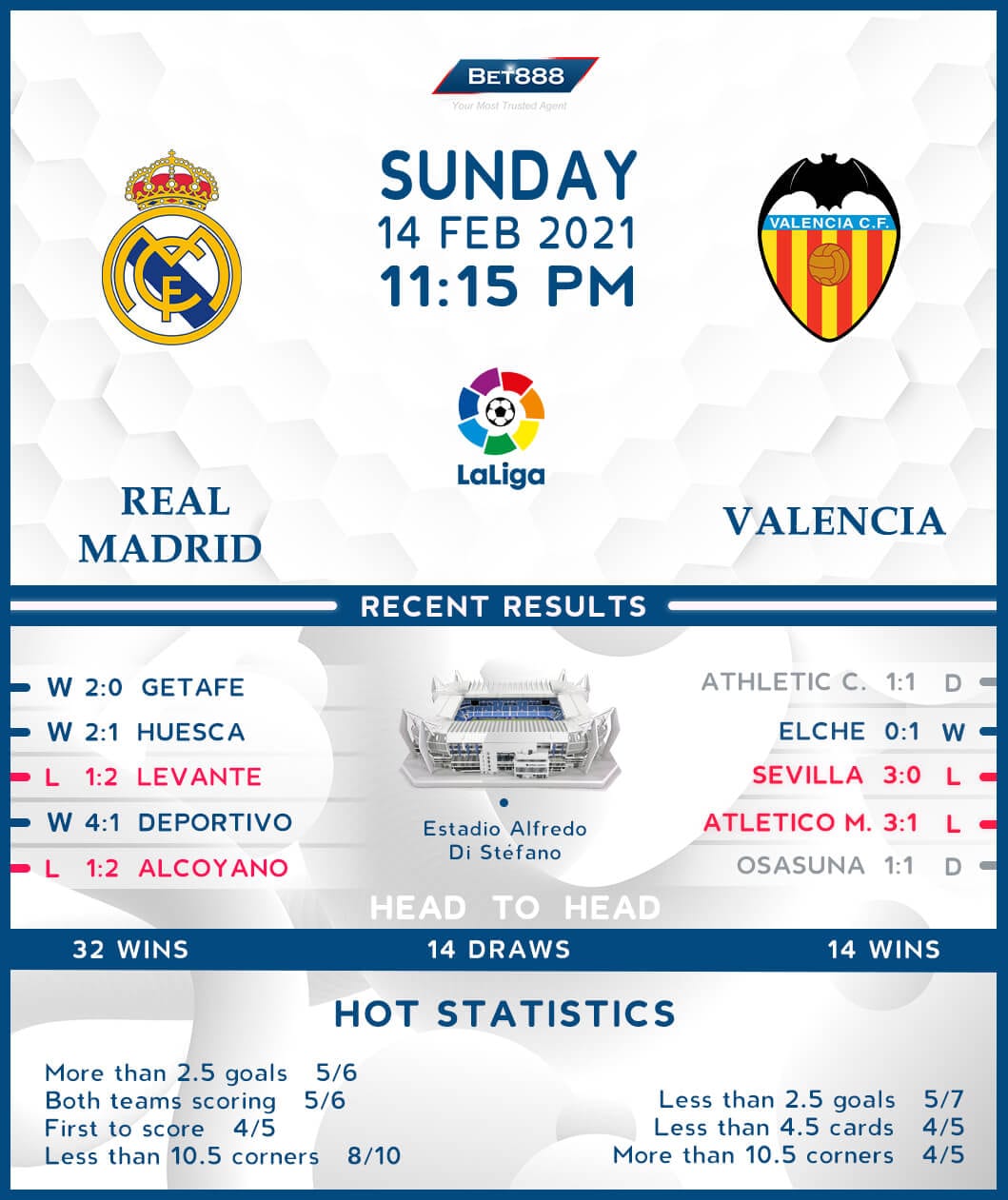