Real Madrid have managed to get the La Liga title race down to the wire as they welcome seventh-placed Villarreal to the Alfredo di Stéfano Stadium in the ultimate showdown this weekend.

Coming into the final weekend of the season, Real Madrid have put together 17 straight La Liga matches without a loss (W12, D5), last tasting defeat in the competition at the hands of Levante in January. However, a lack of consistency has seen Madrid alternate between a victory (2) and a draw (2) across their last four home league games, netting precisely twice on three occasions in the process. Villarreal’s visit to the capital sounds like a prime opportunity for ‘Los Blancos’ to wrap up an all-important three points, considering they have suffered a single loss in their 20 home La Liga meetings with this opposition (W14, D5). Furthermore, Zinedine Zidane could become the first Madrid manager in the 21st century to win back-to-back La Liga titles. The Frenchman has lost just one of his nine top-flight matches against Villarreal as a coach (W4, D4).

On the other hand, the visitors have racked up back-to-back La Liga wins following a disappointing 4-2 defeat to Celta Vigo on Matchday 34 and are very much in contention for a Europa League finish. Sitting level on points with sixth-placed Betis and one adrift of fifth-placed Real Sociedad, Villarreal are on the lookout for all three points here. Away from home, ‘El Submarino Amarillo’ have claimed four victories in their last five La Liga games (L1), one more than they had in their previous 13 trips in the competition (W3, D7, L3). Villarreal have won only 38.89% of their away La Liga fixtures this season. But when they win, it tends to be in an emphatic fashion, as each of their seven such triumphs this season has yielded a winning margin of 2+ goals. 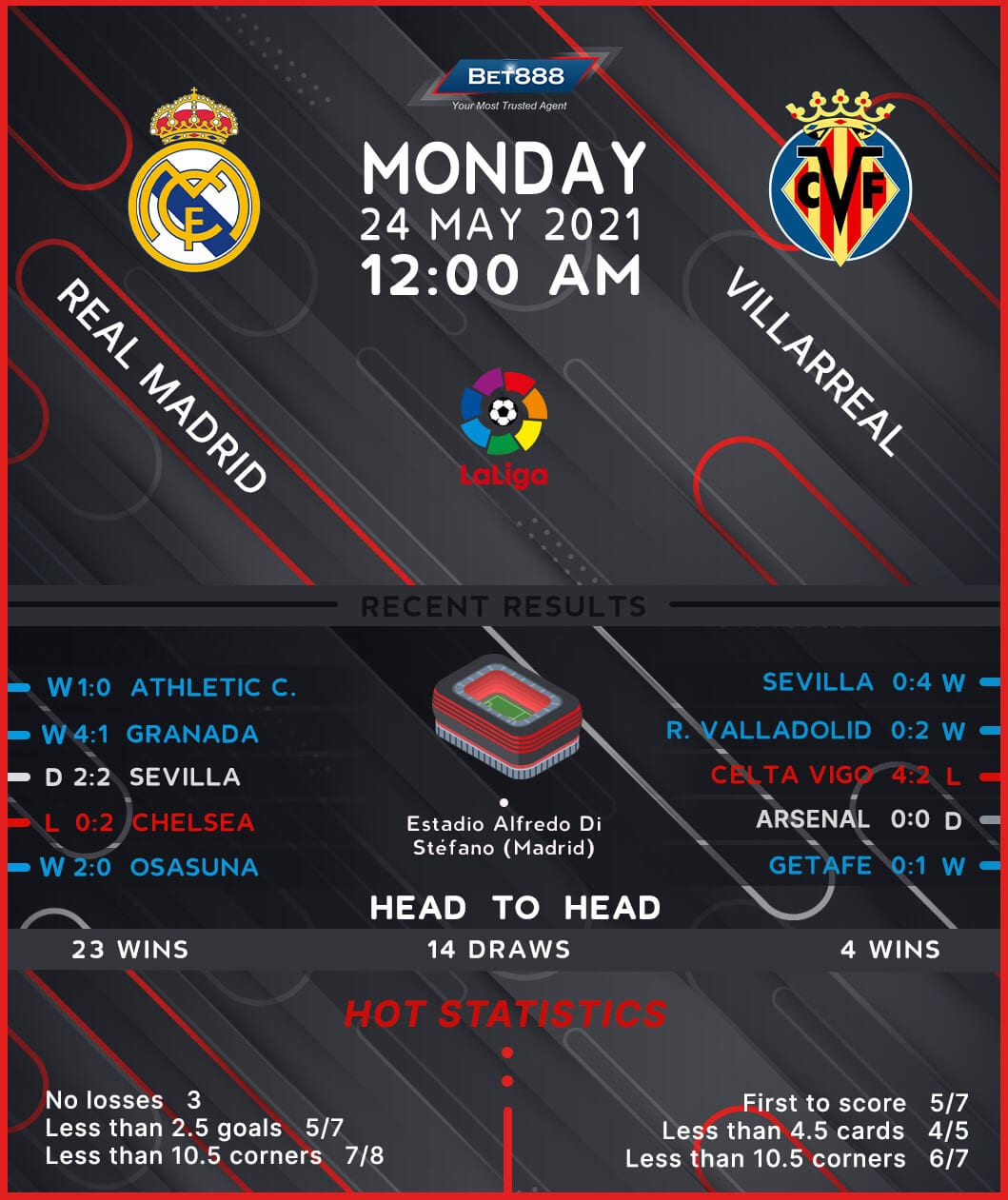