Severely crippled by a series of injury problems, Real Sociedad have gone from three La Liga victories in a row to five consecutive league games without a win (D3, L2), losing the last two top-flight matches by the same 2-1 scoreline. For ‘La Real,’ goals have been in short supply in recent times, as they’ve netted under 1.5 goals in each of their six previous La Liga outings. Sociedad’s hopes of winning here will hinge on whether or not they can score the opening goal, considering they’ve won three of four home league fixtures in which they did open the scoring (D1). In turn, they have outplayed Atletico Madrid in three of their four previous La Liga meetings held at this venue (L1), with each game (won/lost) in that sequence seeing the victor keep a clean sheet.

Meanwhile, Atletico Madrid grabbed a 3-1 home triumph over Elche last weekend to bounce back from a 2-0 loss to Real Madrid and reclaim the top spot in the table. That defeat to cross-town rivals did come on the road and has been their only league failure so far this season (W9, D2). Notably, though, before losing to Real, ‘Los Rojiblancos’ had let in just one goal across their opening four La Liga trips (W3, D1), which makes them the best defensive team in the league (three goals conceded on the road). Remarkably, Diego Simeone’s men have scored the opening goal (if any) in nine (75%) of their 12 La Liga fixtures so far, winning each such affair. Early action has, however, been at a premium for Atletico this term, as none of their five away league matches has seen over 1.5 first-half goals. 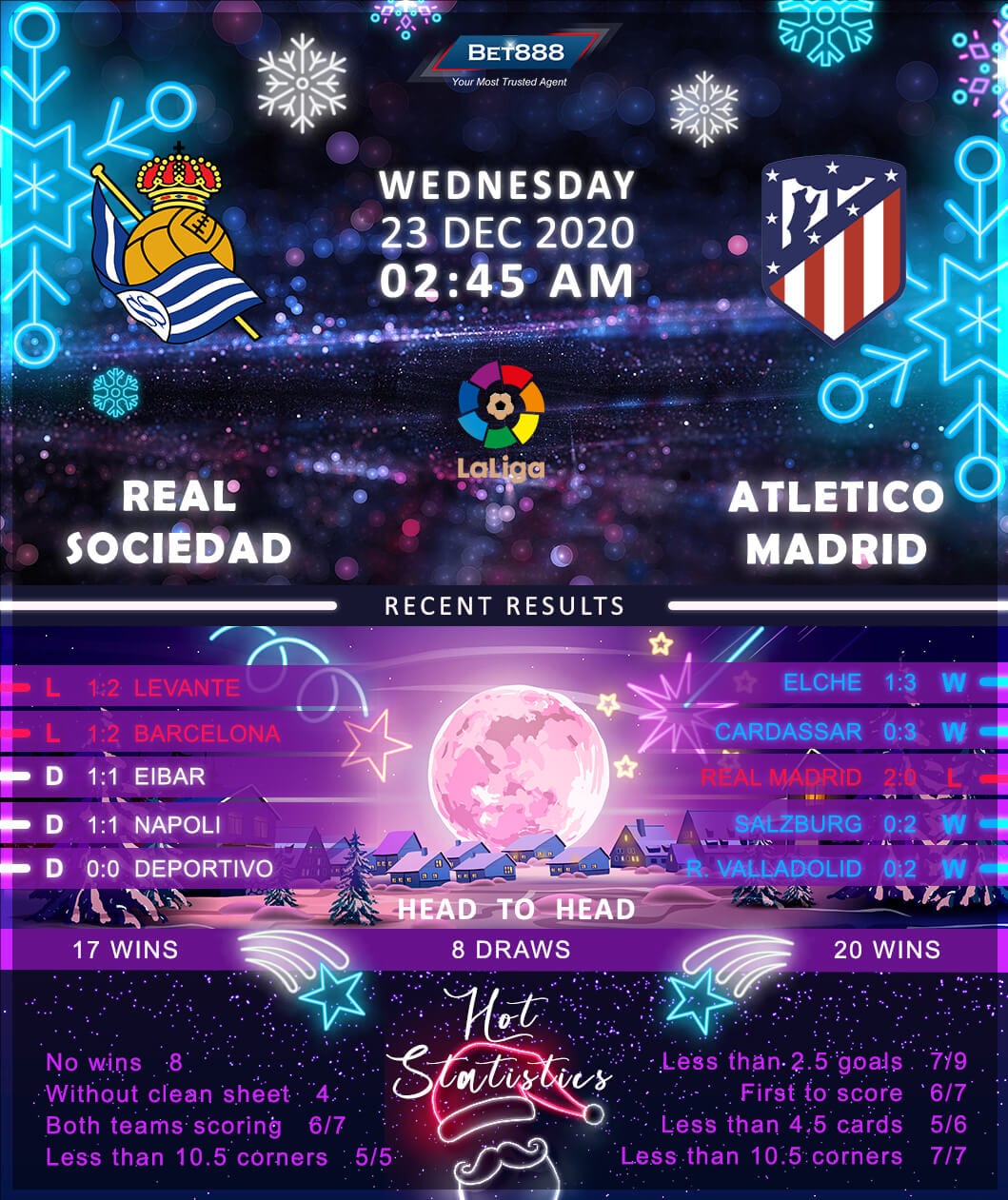