The weekend’s La Liga action concludes with a blockbuster showdown at Reale Arena, as Real Sociedad take on high-flying Barcelona.

A 1-0 reverse at Granada last time out gave Real Sociedad a first La Liga defeat in eight matches (W4, D3), with six of their previous seven games in all competitions now seeing one or both sides fail to get on the scoresheet. After picking up three consecutive league victories at Reale Arena by an aggregate score of 9-1, ‘La Real’ will be looking to win four in a row for the first time in a year. However, Imanol Alguacil’s men have lost two of their last three La Liga meetings with Barcelona at home (D1), as many as they had in their previous 12 such H2Hs in the competition (W6, D4). To optimize their chances of winning, Sociedad will have to avoid conceding the opening goal as they’ve failed to stage a comeback in any of the eight La Liga games in which they fell behind this season (D4, L4).

Meanwhile, Barcelona have put together eight successive away victories in La Liga, six of which were accompanied by a clean sheet. By extension, the Catalan heavyweights have not lost a single top-flight match since suffering a shocking 2-1 defeat to Cadiz in early December, going unbeaten in 17 league games on the trot since then (W14, D3). Ahead of the kick-off, Ronald Koeman’s men have won four straight league matches by an aggregate score of 11-1, finding the net in both halves in each of the last three. Free-scoring Barcelona have netted a league-high 61 goals this La Liga campaign, managing an average of 2.25 per fixture. Though only 40.98% of those strikes arrived away from Camp Nou (25), the visitors remain one of just two sides to hit double digits in terms of the goals scored in both halves on the road. 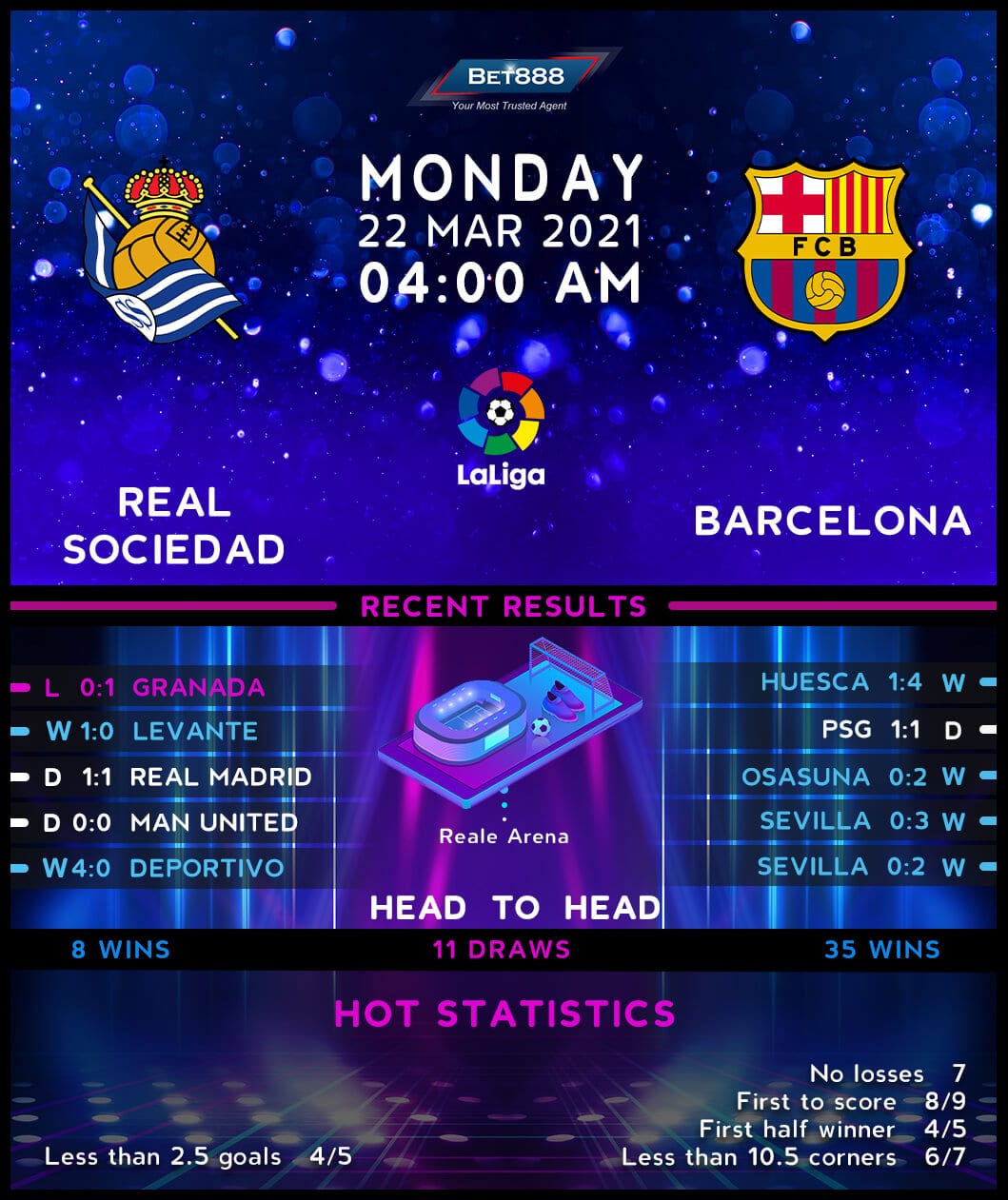