Real Sociedad will be desperate to return to winning ways in La Liga when they lock horns with out-of-sorts Celta Vigo at the Reale Seguros Stadium this midweek.

Injury-plagued Real Sociedad have won none of their last five La Liga matches (D2, L3), conceding an average of 2.4 goals per game in that sequence. For ‘La Real,’ goals have been in short supply lately, as they’ve registered under 1.5 strikes in eight of their last nine outings in all competitions. After winning three consecutive La Liga fixtures at Reale Arena, Imanol Alguacil’s men have failed to win three in a row (D1, L2), conceding precisely two first-half goals in both defeats in that spread of games. Additionally, Sociedad have lost three of their last five top-flight meetings with Celta in San Sebastian (W2), as many reverses as in their previous 28 home H2Hs in the competition (W16, D9, L3). Curiously, the hosts have failed to win any of the nine home La Liga matches in which they struggled to secure a half-time lead this term (D5, L4).

In the meantime, Celta’s record in their last nine La Liga games is perfectly balanced (W3, D3, L3), with five of the six matches won/lost in that period seeing the victor score 3+ goals. Before being held to a scoreless draw to Cadiz in their most recent La Liga trip, Celta had racked up back-to-back away league victories, notably netting 2+ first-half goals on each occasion. Indeed, Eduardo Coudet’s men have been quite prolific before half-time this season, registering 65.85% of their total La Liga goals scored in the first half of play (27/41). Furthermore, ‘Los Celestes’ have not lost any of their last five top-flight meetings with Basque sides away from home (W3, D2), winning each of the last two by a two-goal margin. 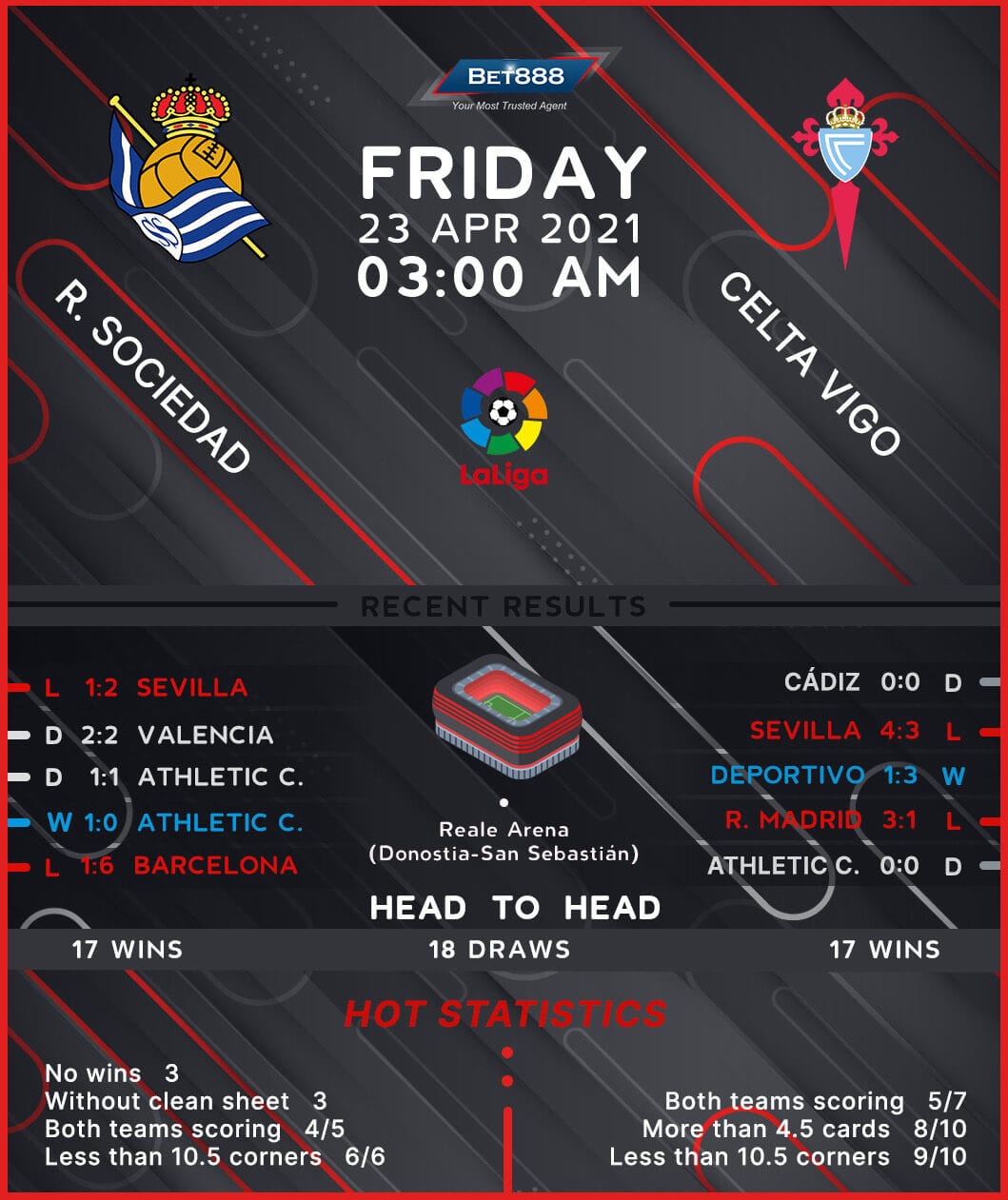