Real Sociedad will be looking to post a third consecutive La Liga victory over Eibar when the two sides lock horns at the Reale Seguros Stadium.

Real Sociedad played out a 1-1 draw with Napoli in the Europa League midweek, which now means they’ve gone from four consecutive wins in all competitions to five stalemates in a row – four of which contained under 2.5 goals. In La Liga alone, Imanol Alguacil’s men have put together four home games without a loss (W3, D1), with each victory in that sequence seeing ‘La Real’ win the first half ‘to nil’ and producing a full-time margin of least a two goals. Scoring the opener could well prove decisive for Real Sociedad’s hopes of winning here. In fact, the hosts have won all seven La Liga fixtures in which they broke the deadlock but have failed to land a single triumph in three league games where they conceded first (D2, L1).

Meanwhile, the visitors have gone unbeaten in four La Liga matches (W1, D3) since losing 2-0 to Cadiz at home at the end of October. Furthermore, ‘Los Armeros’ have won three of their last four away league fixtures (D1) since suffering a 2-1 defeat to Villarreal in their first La Liga trip of the season. The games won/lost during that five-match sequence were notably tight, as three of four were decided by a single-goal margin. However, it will be a daunting prospect for Eibar to pick up the three points here as they’ve failed to beat Real Sociedad in each of their six top-flight H2Hs held at this venue (D2, L4). Additionally, a lack of firepower up front has seen Eibar score a league joint-low eight goals so far, netting over 1.5 goals per match only twice in their opening 12 La Liga outings! 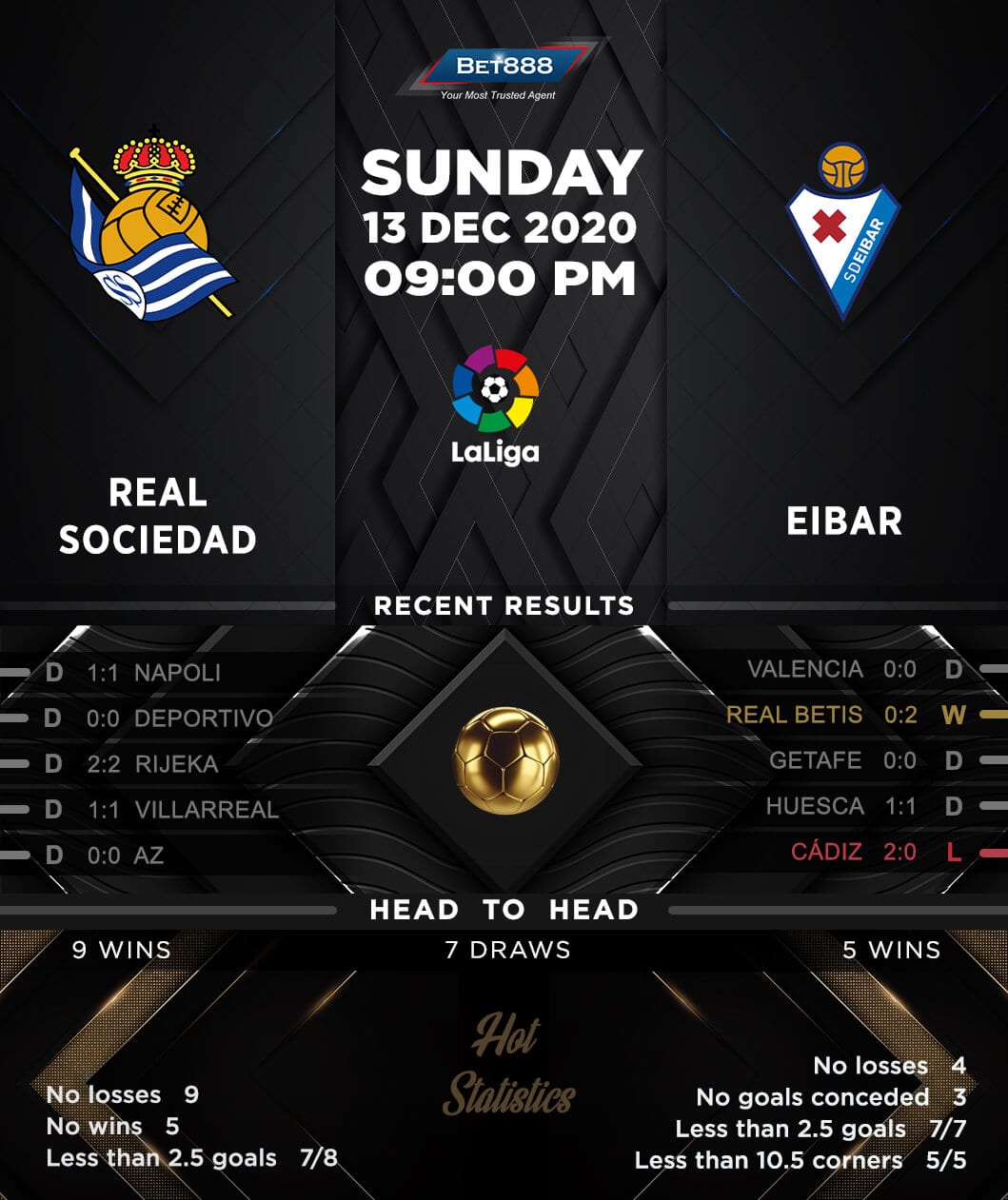