Connoisseurs of action-packed football will be hoping that Real Sociedad and Levante both score in a sixth consecutive La Liga meeting when they lock horns at the Reale Seguros Stadium.

Unbeaten in six La Liga games on the trot (W3, D3), the hosts have whittled down the gap on fourth-placed Sevilla to six points and would like to avoid more setbacks. Sociedad have won back-to-back home league matches, scoring precisely four goals in each while conceding only one in return. Cagey entries have seen ‘La Real’ let in the league-lowest two first-half goals at home this season, which justifies the fact that they’ve opened the scoring in 58% of their home La Liga fixtures thus far. However, if they do fall behind, Imanol Alguacil’s men could find themselves in an awkward position, having failed to win any of the seven La Liga matches in which they conceded first this term (D4, L3).

Going back to January 19, Levante have taken two massive scalps, beating both Atletico Madrid and Real Madrid. However, the visitors have failed to win any of their remaining six La Liga matches in that span (D5, L1). The ‘Granotas’ have not lost any of their last three away league fixtures (W2, D1) since suffering a 2-1 defeat to Villarreal in their first La Liga trip of 2021, scoring precisely twice in each game in that run. Curiously, only Villarreal (13) have played out more draws than Levante (11) this La Liga campaign. Another stalemate is well on the cards, given 54.55% of their top-flight trips to Sociedad have ended level (GP11 – W2, D6, L3), including two of the last four. Late action has been a common theme in Levante’s away fixtures this season, as eight of 12 have seen a goal scored inside the final 15 minutes of play. 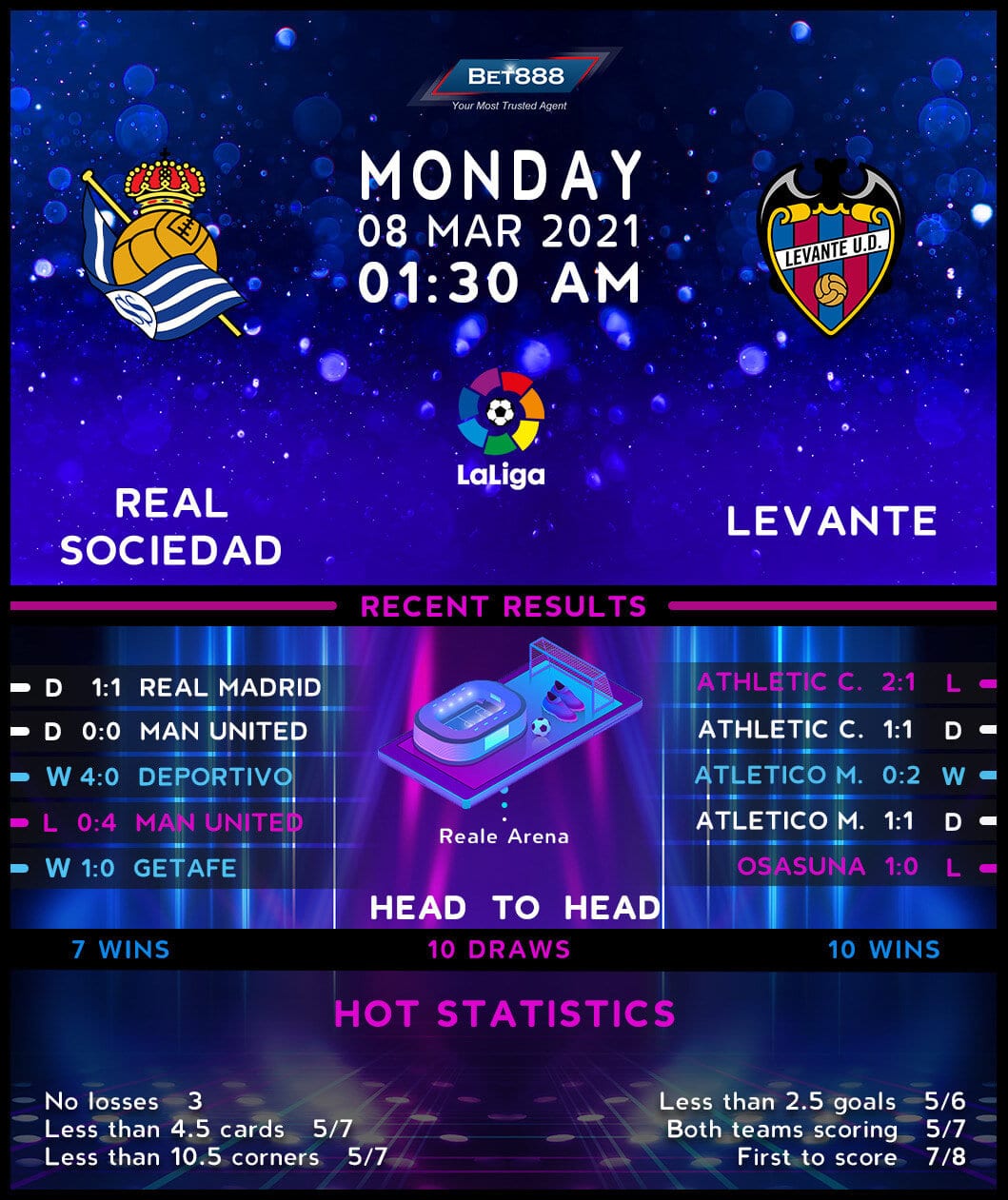