Real Sociedad and Manchester United are set to face off at the Allianz Stadium in the first leg of their UEFA Europa League last-32 tie.

Coming into this encounter, Real Sociedad have gone from three consecutive draws in all competitions to back-to-back victories. Imanol Alguacil’s men did finish runners-up to Napoli in Group F, but each of their last three Europa League matches has ended level. Interestingly, three of their Europa League games won/lost this season have come by an identical 1-0 scoreline (W2, L1), with the deciding goal in each of them continually arriving in the second half of play. Worryingly, though, ‘La Reales’ have failed to win any of their previous six knock-out matches in major European competitions (D1, L5), with their last success in such fixture dating back to 1999. Furthermore, Sociedad have lost three of their four European meetings with Premier League clubs throughout history (D1), conceding ten goals while scoring just one in return.

On the other hand, Manchester United have switched over to the Europa League knock-out stage after finishing third in their respective Champions League group. High scoring has been a theme for the ‘Red Devils’ this European campaign, as each of their six such outings has featured over 2.5 FT goals, notably averaging 4.16 goals per game. What’s more, each of United’s three continental trips this season have seen over 2.5 goals and both teams scoring, with two of them containing 2+ first-half goals! Remarkably, Ole Gunnar Solskjaer’s men have lost only one of their last 16 knock-out matches of the Europa League (W1, D5), courtesy of a 2-1 defeat to Sevilla in the 2019/20 semi-finals. However, Manchester United have won none of their last nine European games against La Liga sides (D3, L6). 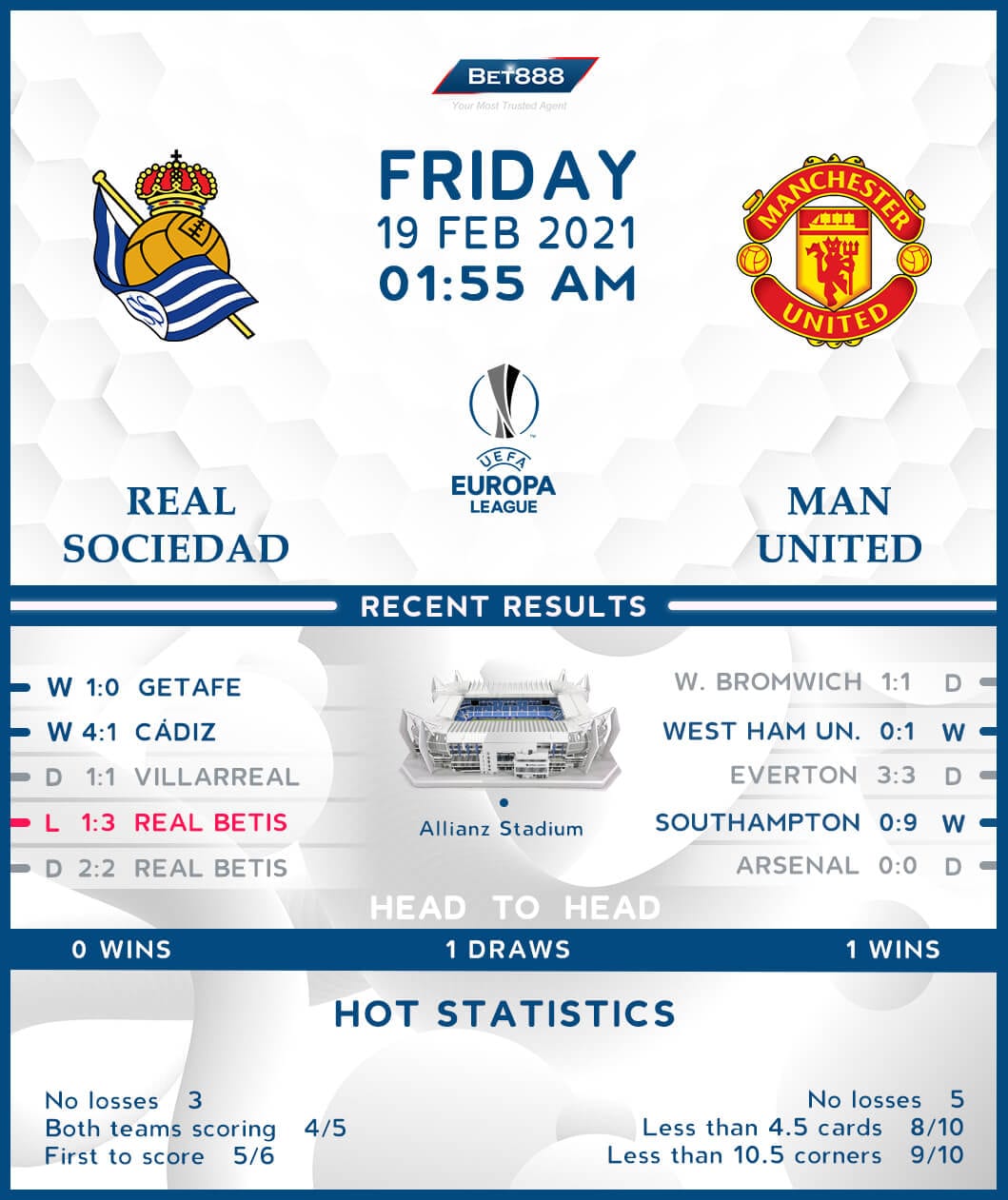