Real Sociedad and Osasuna go head-to-head at the Reale Seguros Stadium in a clash of the two struggling La Liga sides.

Real Sociedad ran out 1-0 winners in a Basque Derby last time out to bring a dismal three-game losing La Liga run to an end, though they continue to struggle in front of goal. Indeed, ‘La Real’ have now scored under 1.5 goals in each of their eight previous league matches despite getting on the scoresheet before the 35-minute mark on five of those occasions. A dip in form has seen Real Sociedad go from three La Liga home victories in a row to three consecutive games without a win (D2, L1), with the last four such fixtures all featuring under 2.5 total goals. However, Imanol Imanol’s side can take some confidence from the fact that they have not lost any of their last eight La Liga meetings with Osasuna (W4, D4), keeping a clean sheet in four of them.

Meanwhile, Osasuna have gone winless in nine consecutive La Liga matches (D3, L6) since defeating Athletic Bilbao 1-0 on Matchday 7. What’s more, ‘Los Rojillos’ netted one goal or less seven times across that nine-game sequence while conceding over 1.5 goals six times in the process. Away from home, Jagoba Arrasate’s men have failed to win any of their six previous La Liga contests (D2, L4), drawing a blank on four of those occasions. Osasuna can still find some comfort in the fact that they have avoided losing in each of their last six La Liga trips to Basque clubs (W4, D2), preserving a blank sheet in five of those fixtures. Also, they not lost an away league game when they have opened the scoring this season (W1, D1). 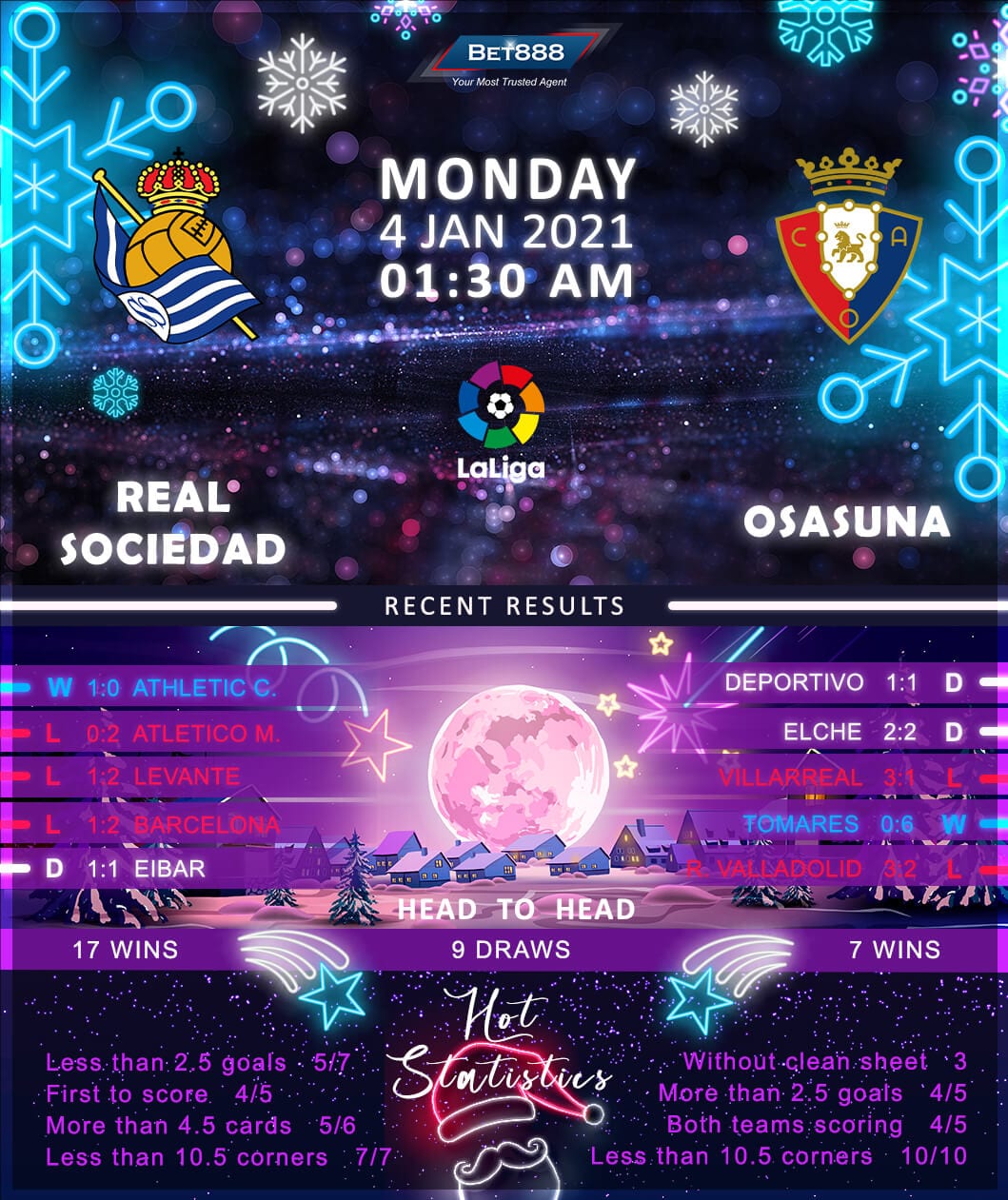