Real Sociedad will be looking to extend their unbeaten La Liga run against Real Betis at the Reale Seguros Stadium to 12 games (W6, D5) when the two teams lock horns this weekend.

Real Sociedad have failed to win both of their first two La Liga matches of the new calendar year (D1, L1), though they did overcome lower-league side Cordoba 2-0 in the Copa del Rey midweek. At home, ‘La Real’ are winless in four La Liga fixtures in a row (D3, L1), scoring one goal or less on each occasion. Low scoring has been a theme at the Reale Seguros Stadium this season, as only two (22.22%) of Sociedad’s nine league matches here have produced over 2.5 total goals. Moreover, only one of those nine games has featured a goal beyond the 75-minute mark. Against this backdrop, each of the last three top-flight meetings between Sociedad and Betis here has seen 3+ goals and both teams scoring (W2, D1).

In the meantime, ‘Los Verdiblancos’ have hit the ground running in 2021, winning four of the five competitive fixtures since the calendar flipped (D1), three of which via a two-goal margin. Interestingly, none of Betis’ ten away La Liga matches this season have ended in a draw (W4, L6), with 80% of the games won/lost in that time seeing the victor keep a clean sheet. However, slow-starting Betis have conceded at least once within 15 minutes in four of their ten league trips thus far while scoring only one goal in return during that same timeframe. Indeed, Manuel Pellegrini’s attacking set-up usually sparks into life after the half-time break, as evidenced by the fact that nine (75%) of his team’s La Liga goals scored on the road this term have come in the second half of play. 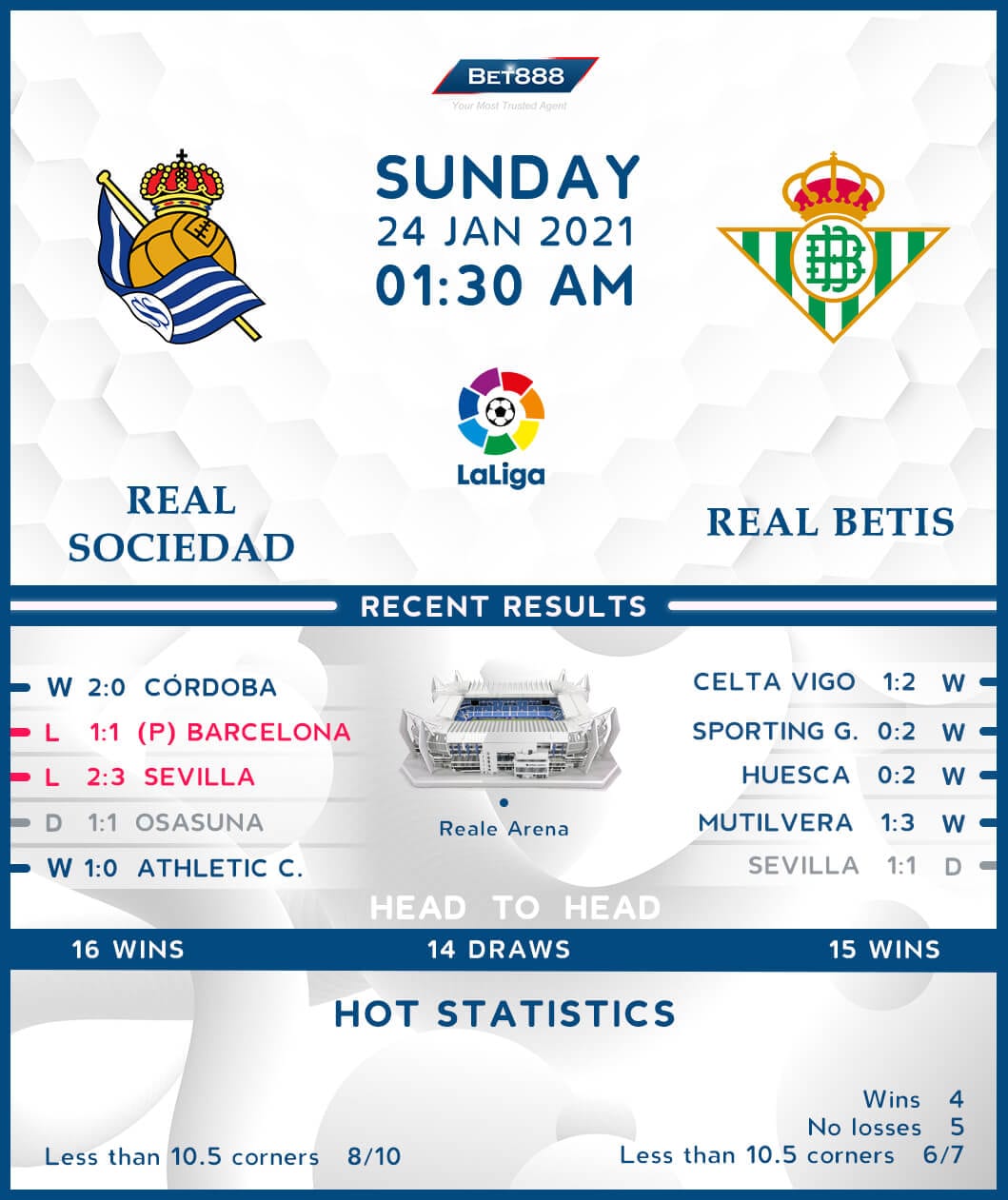