Injury-crippled Real Sociedad have gone winless in four La Liga matches in a row (D2, L2) since a narrow 1-0 home triumph over mid-table Levante on Matchday 26, a run that includes a horrendous 6-1 defeat to Barcelona at this venue. Sociedad’s dip in form has also affected their home results lately, as they’ve gone from three consecutive home league victories to back-to-back matches without winning (D1, L1). Yet, Imanol Alguacil’s men have suffered just two defeats in their last 13 home La Liga fixtures (W6, D5), though both of them arrived against the sides currently occupying the top three spots in the standings. The ‘clean sheet’ theme has highlighted recent top-flight meetings between these two sides in San Sebastian, as four of the last five have seen one or both sides fail to get on the scoresheet (W2, D2, L1).

Meanwhile, the visitors have racked up a five-game unbeaten run in La Liga (W4, D1) since a 2-1 defeat at Elche on Matchday 26, prevailing by a single-goal margin in three of four victories in that sequence. Additionally, the Andalusian giants have found the net in each of their last six away league games, managing an average of 2.00 goals per match. Sevilla’s attacking set-up usually sparks into life after the break, as evidenced by the fact that 61.9% of their total La Liga goals scored on the road this term arrived in the second half of play (13/21). Notably, 66.67% of Sevilla’s away league fixtures this season have seen a goal scored beyond the 75th minute (10/15), highlighting the potential for plenty of late action. 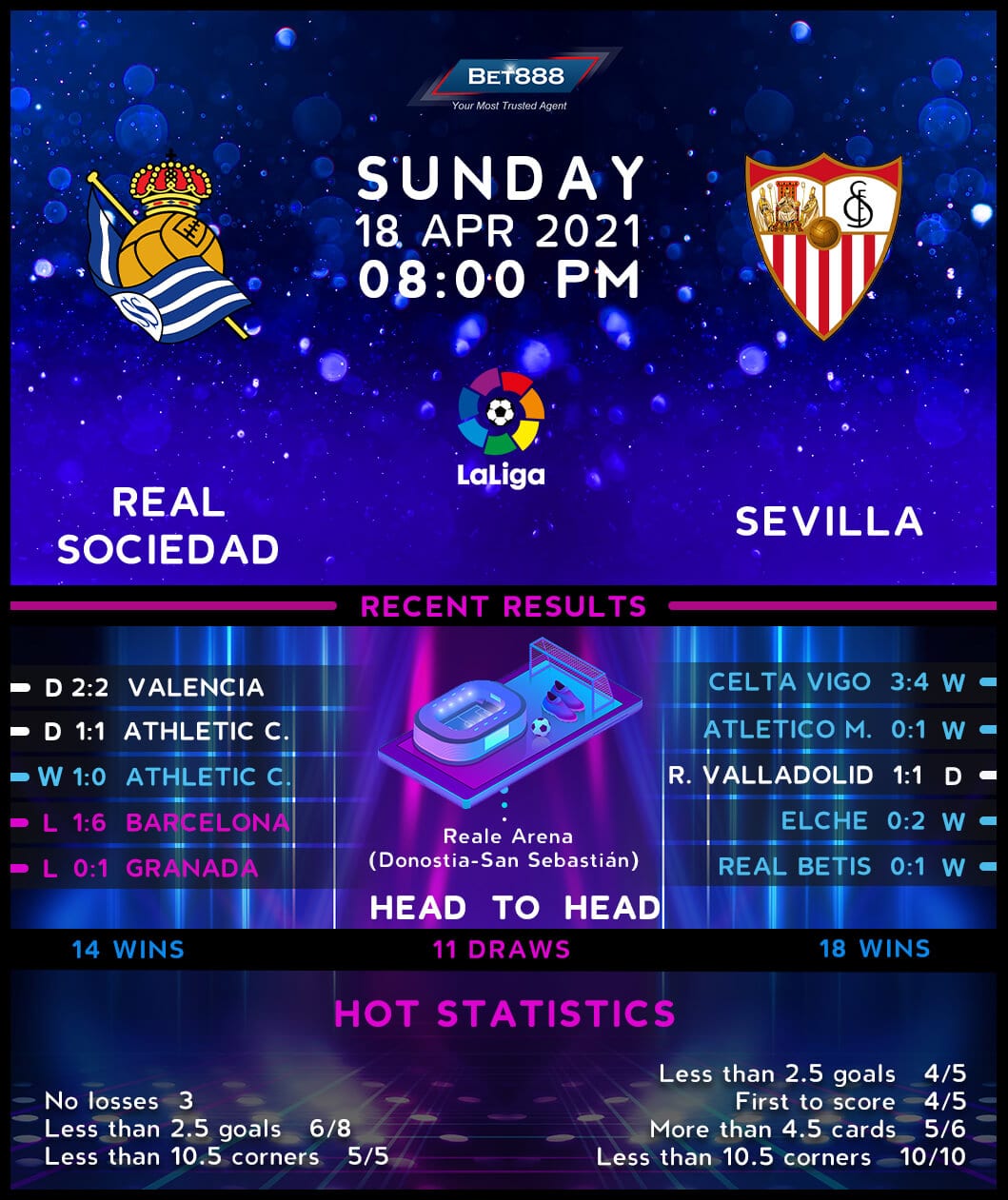