Atletico Madrid’s seven-year title wait might come to an end this weekend as they travel to the Estadio José Zorrilla to meet relegation-threatened Real Valladolid in the final fixture of the 2020/21 La Liga season.

Since a 2-1 home win over Getafe in early March, Valladolid have hit a rough patch, failing to win any of their last 11 La Liga matches since then (D6, L5). Following four consecutive league draws – three of which saw them concede first – ‘Los Pucelanos’ have now lost three La Liga games in a row by an aggregate scoreline of 9-1. As a consequence, Sergio Gonazlez’s men take the field sitting two points adrift of safety, with nothing but victory able to save them from being relegated to the second-tier. It doesn’t get more complicated than this as they go up against a side they have lost to in ten of their last 11 top-flight meetings (D1). Alarmingly, Valladolid drew a blank seven times during that 11-match sequence.

Meanwhile, a breathtaking late comeback saw Atletico Madrid beat Osasuna 2-1 at home last time out to maintain a two-point cushion at the summit heading into the season finale. However, ‘Los Colchoneros’ will have to defy their recent indifferent form away from home to get the title race over the finishing line, knowing they’ve managed just a single win in their last six league trips (D3, L2). A lack of ruthlessness in front of goal saw Diego Simeone’s side net under 1.5 goals each time during that six-game stretch. But the Argentine boasts an almost perfect managerial record against Osasuna in La Liga, having won eight of his nine such contests so far (D1). Additionally, ‘Los Rojiblancos’ have won all but one of their last five top-flight trips to Valladolid (D1), keeping a clean sheet four times in the process. 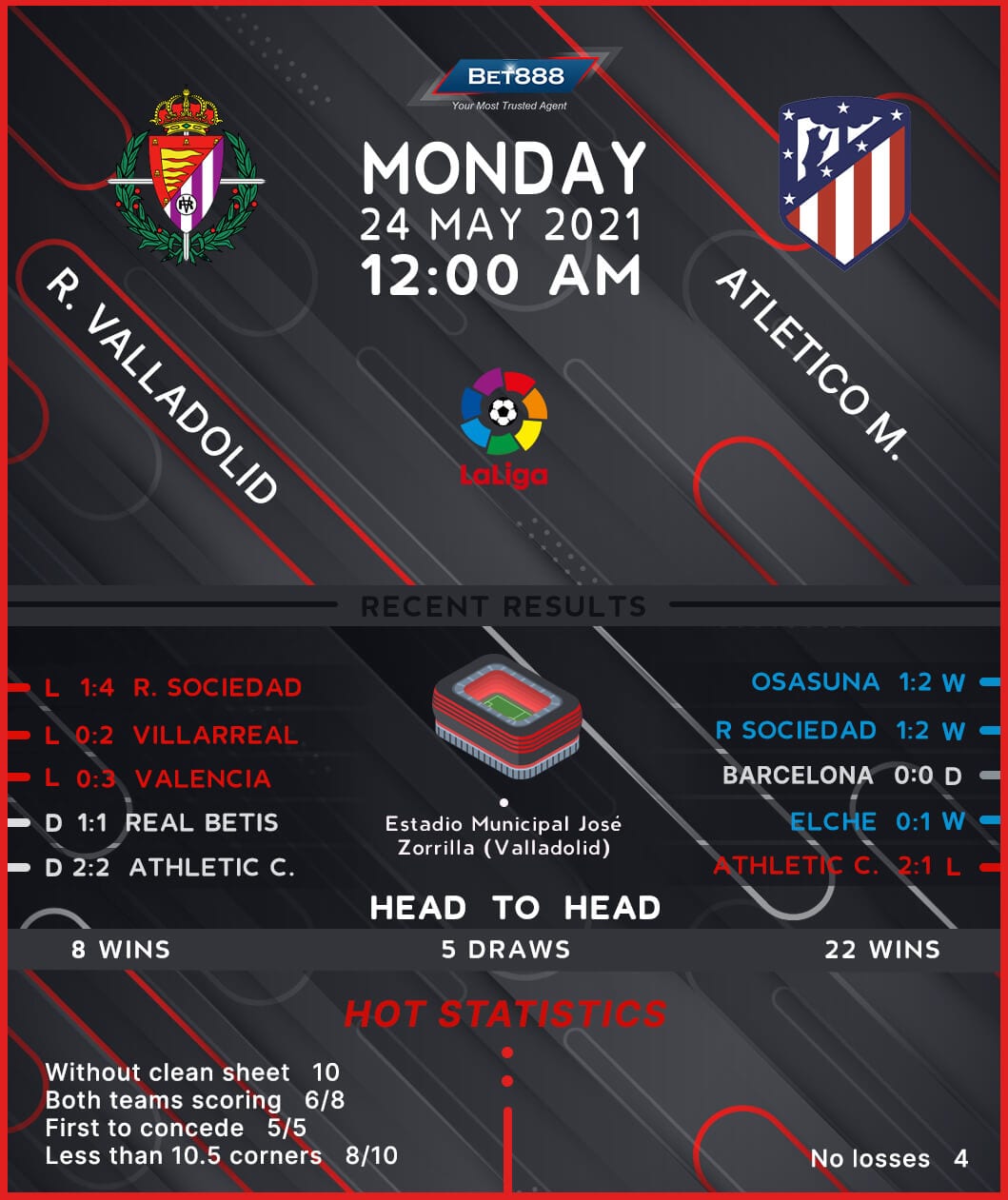