Estadio José Zorrilla is the venue, as Real Valladolid look for all three points against Granada to boost their hopes of avoiding La Liga relegation.

Despite going toe-to-toe with Barcelona for most of their La Liga encounter last time out, Valladolid went down 1-0 in the dying moments of the fixture to see their four-match unbeaten league streak come to a halt (W1, D3). Goals have been in short supply for Valladolid of late, as they’ve netted one or less in eight of their last nine league outings, registering an average of 0.66 goals per game in the process. Having failed to keep a clean sheet in any of their last 14 La Liga matches at José Zorrilla, ‘Los Pucelanos’ are enduring the longest home top-flight run without a shutout in the club history. Furthermore, Sergio Gonzalez’s men have claimed just one triumph across their last seven home La Liga games (D2, L4), netting under 1.5 goals on five occasions in the process.

Meanwhile, a 2-0 home defeat to Manchester United in the UEFA Europa League midweek gave Granada a fourth consecutive loss in all competitions, with each reverse seeing them concede 2+ goals. Moreover, the ‘Nazaries’ have lost their last five competitive away fixtures, all of which witnessed over 2.5 goals and both sides get on the scoresheet. Surrendering the half-time lead may well put an end to Granada’s hopes of picking up the points here, knowing they have ended up on the losing side in all nine La Liga matches in which they were trailing at the interval this term. The visitors’ defensive frailties have seen them concede a league-high 49 goals this La Liga campaign, as they lament their worst average of 1.7 goals let in per league outing since 2016/17. 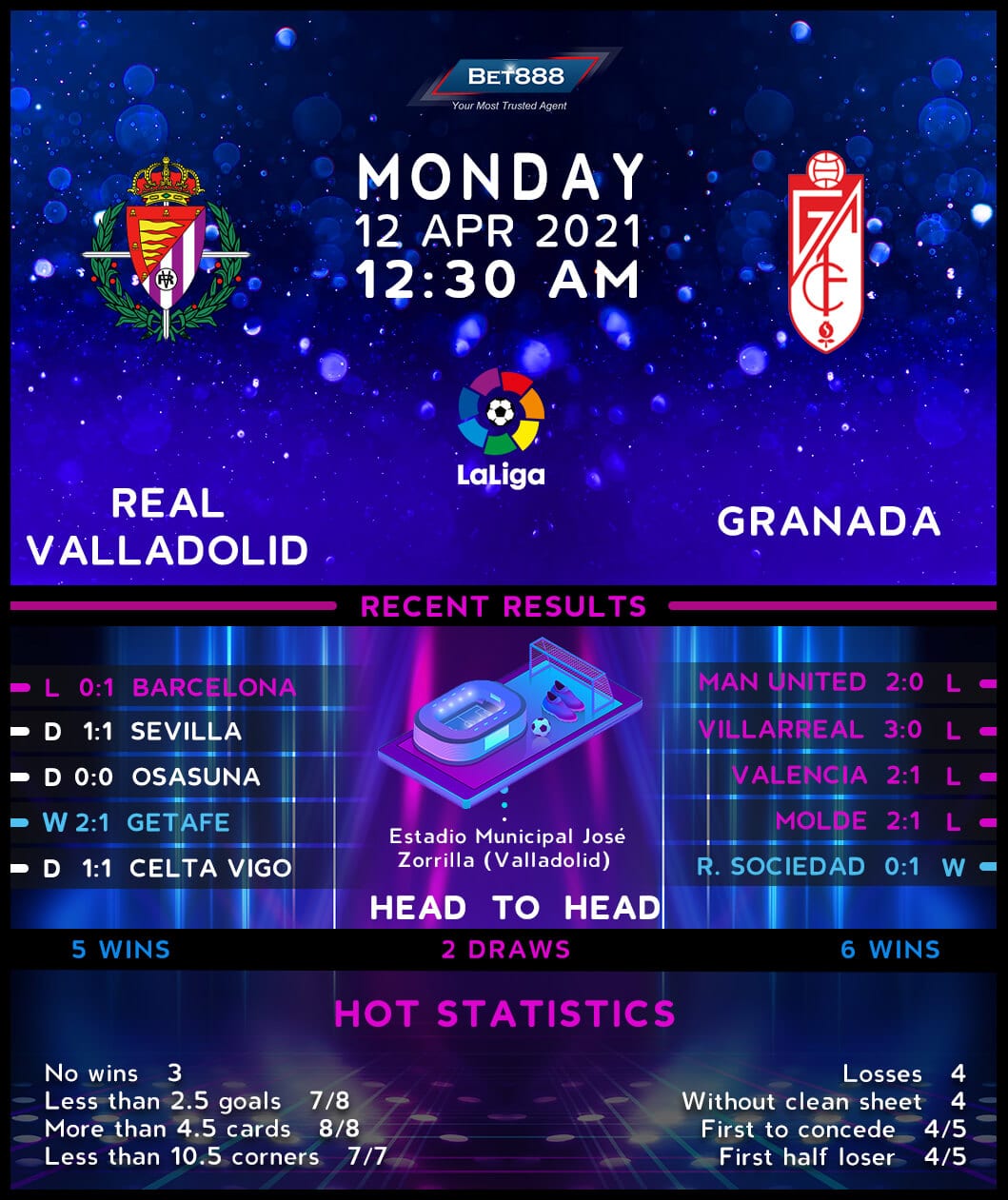