Seeking revenge for a 2-0 defeat in the reverse fixture, relegation-threatened Real Valladolid welcome Real Betis to the Estadio José Zorrilla.

Having failed to win their last seven La Liga fixtures (D5, L2), Valladolid head into proceedings frantically looking over their shoulders as they sit just outside the drop zone, albeit level on points with 18th-placed Elche. At home, ‘Los Pucelanos’ have failed to win their last three league games (D2, L1) despite winning the first half by the same 1-0 scoreline on each occasion. Additionally, Sergio Gonzalez’s men have picked up just one victory in their seven top-flight meetings with Andalusian rivals this season (D4, L2), courtesy of a 3-1 win at Granada in November. Low scoring has been a theme in Valladolid’s recent La Liga matches as nine of the last 12 have featured under 2.5 total goals, though 66.67% of them have seen both teams score.

Coming into this matchday, Betis have drawn five consecutive La Liga matches, two more than they had in their previous 28 in the competition (W14, D3, L11). Away from home, ‘Los Verdiblancos’ have gone from back-to-back league victories to three successive La Liga trips without winning (D2, L1), drawing a blank twice in that period. Furthermore, three of Betis’ last four away league fixtures have featured under 1.5 total goals, with three of the four strikes in this spread of games coming before half-time. Manuel Pellegrini’s men have failed to produce much from open play lately, as witnessed by the fact that nine of their last 12 La Liga goals scored have arrived from set pieces. It’s also worth noting that 50% of Betis’ league matches on the road have seen a goal netted beyond the 75th minute. 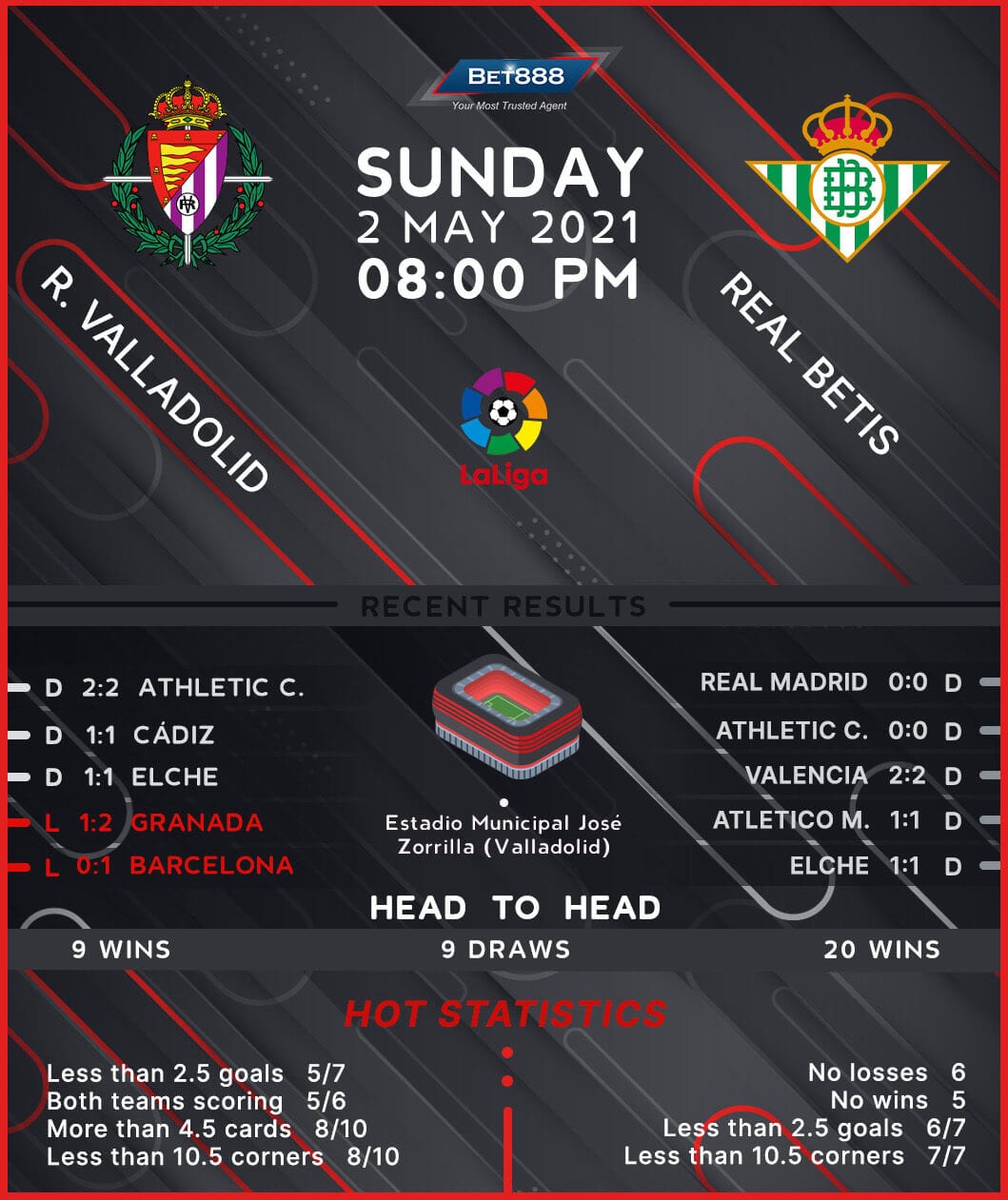