Real Madrid will be looking to extend their unbeaten La Liga run against Real Valladolid to 13 matches (W10, D2) when the two teams meet at the Estadio José Zorrilla this weekend.

Valladolid have compromised their chances of preserving a top-flight status after failing to win any of their last six La Liga outings (D3, L3), a sequence that sees them slip to the relegation zone. At home, ‘Los Pucelanos’ have lost three of their last four league matches (D1), conceding an average of 2.25 goals per game in that run. Additionally, they have suffered four defeats in their previous five La Liga meetings with Real Madrid at home (D1), scoring five goals while letting in 13 in return. Only Levante (15) have conceded the opening goal in more matches than Valladolid (14) this La Liga campaign, with Sergio Gonzalez’s men losing 71.43% of such fixtures (D4, L10). Having that said, just two sides have scored fewer first-half goals at home than ‘Los Blanquivioletas’ (3) so far.

In the meantime, Real Madrid have racked up three consecutive La Liga victories ahead of the kick-off, with the last two coming by the identical 2-0 scoreline. Additionally, ‘Los Blancos’ have gone unbeaten in seven away league matches on the bounce (W4, D3) since succumbing to a 4-1 defeat at Valencia on Matchday 9, restricting their opponents to a maximum of one goal per game on each occasion. At the other end of the pitch, Zinedine Zidane’s men have netted a league-high 21 away goals this season and remain one of just three sides to score 10+ first-half goals on the road. Furthermore, quick-start Real Madrid have opened the scoring in the division-high 75% of their La Liga trips thus far after breaking the deadlock in nine of their 12 away league fixtures. 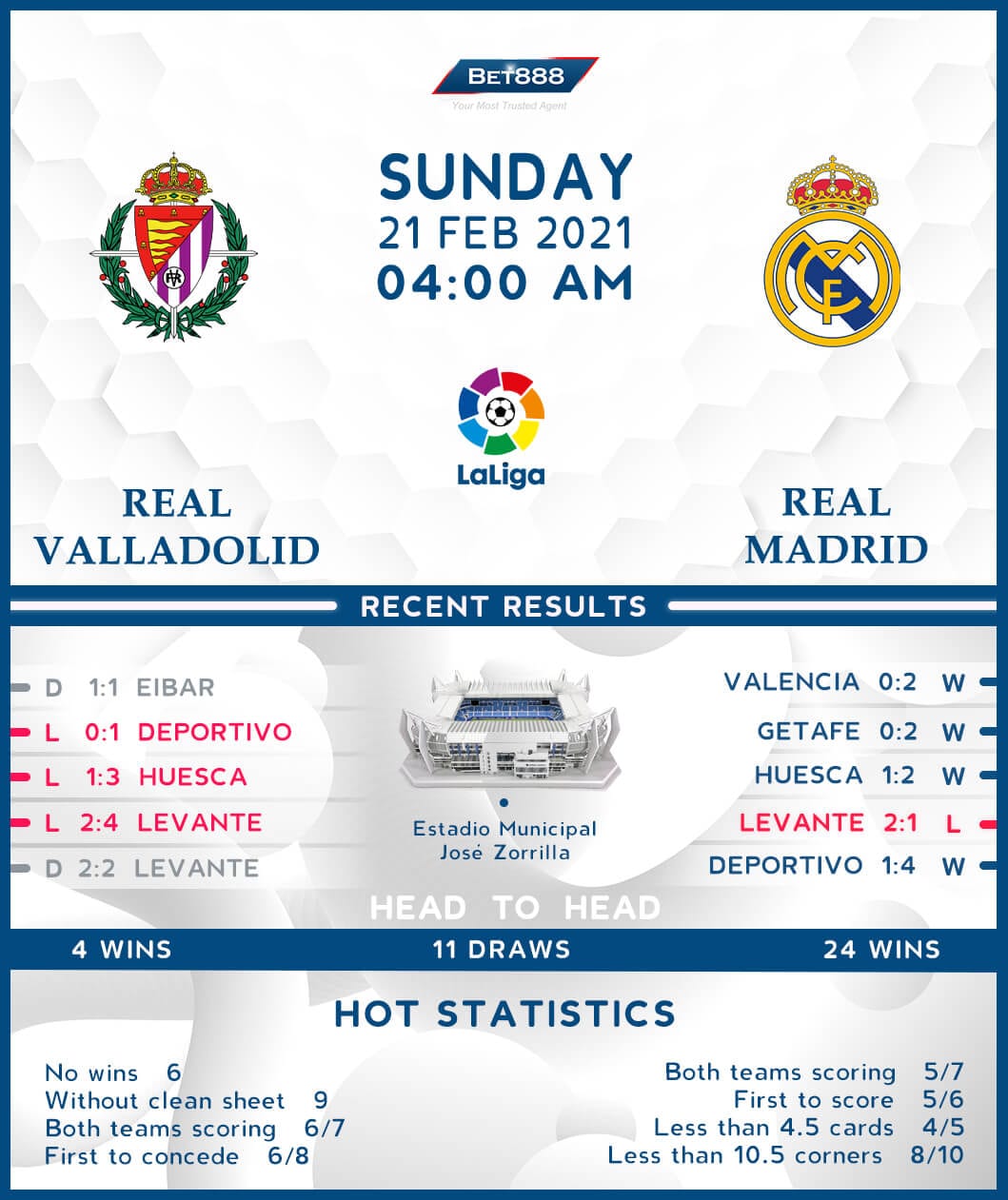