Sevilla will be looking to extend their unbeaten La Liga run against Real Valladolid to nine games (W4, D4) when the two sides meet at the Estadio José Zorrilla.

Valladolid have picked up just two triumphs in their 11 La Liga matches since the calendar flipped to 2021 (D5, L4), frustratingly scoring under 1.5 goals on eight of those occasions. A 2-1 home victory over Getafe in their last La Liga fixture at the José Zorrilla ended Valladolid’s five-game winless league streak at home (D1, L4). However, a lack of firepower up front has seen ‘Los Pucelanos’ draw a blank in three of their previous six home La Liga outings. Overall this season, Sergio Gonzalez’s men have netted an average of 1.07 goals per home league match. If that’s not enough of a reason for concern, they have failed to score in both of their previous top-flight H2Hs as hosts, losing each encounter.

Meanwhile, Sevilla come into this round on the back of back-to-back La Liga wins ‘to nil,’ as they now hold a massive nine-point lead on fifth-placed Real Sociedad. Away from home, none of their last five league matches have ended in a draw (W3, L2), with each fixture won/lost in that sequence seeing the victor score precisely twice. Solid first-half performers, ‘Los Nervionenses’ have found themselves trailing at half-time in only four of their 28 top-flight games this season (HT: W9, D14). However, three of the four games in which Julen Lopetegui’s men were behind at the break, they lost (W1). Cagey beginnings have highlighted Sevilla’s La Liga fixtures this term as only 21.43% of their league outings featured a goal inside the opening 15 minutes of play. 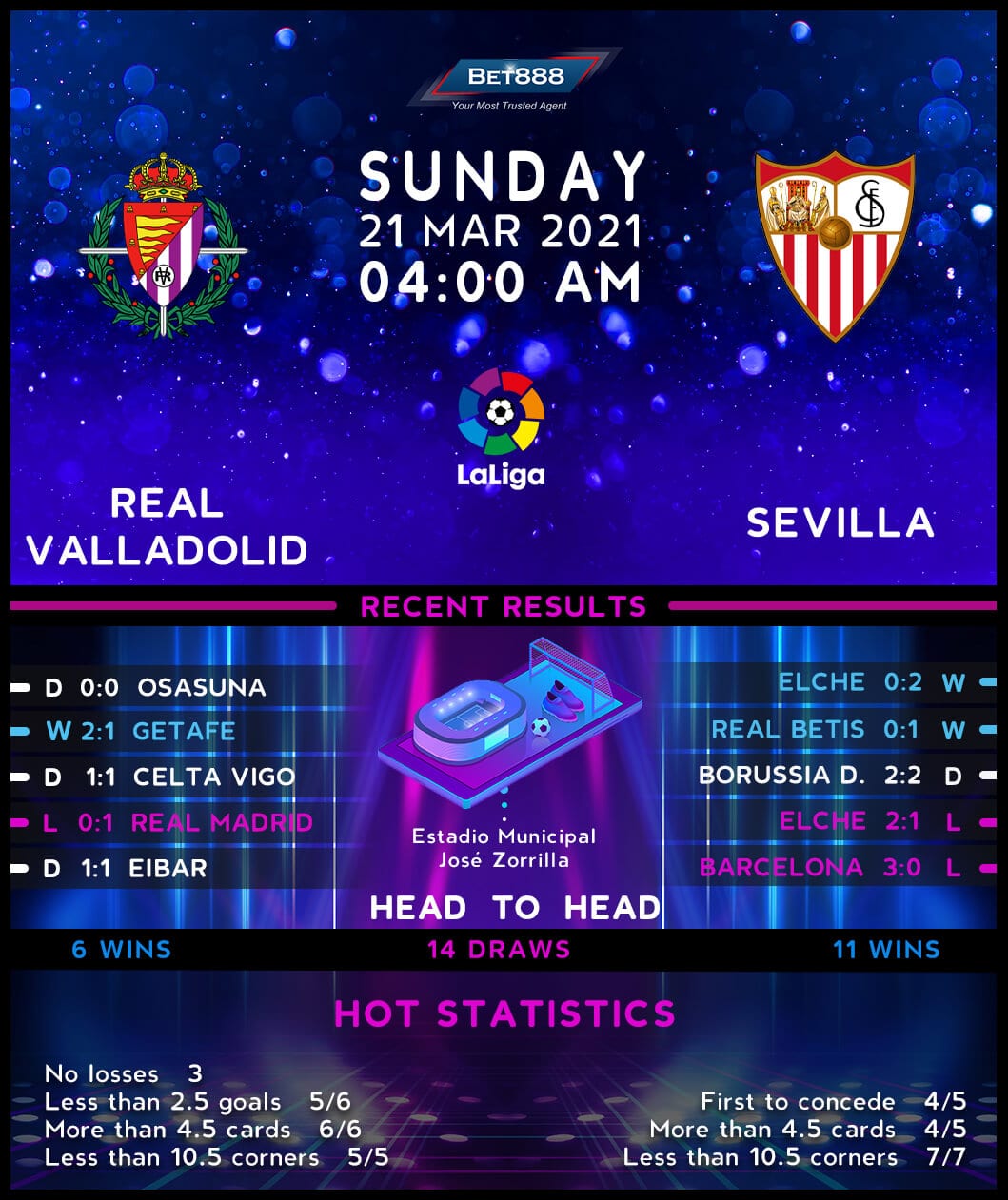