The hosts have suffered just one loss in their last five La Liga fixtures (W2, D2) to move two points clear of the relegation zone. Additionally, they have won two of their four previous home league matches (D1, L1), as many triumphs as in 11 such games beforehand (W2, D5, L4). However, Valladolid have failed to beat Valencia in each of their last eight top-flight meetings here (D4, L4), drawing a blank on five of those occasions. Despite finding the net in three of their four previous home La Liga matches, goals have been at a premium for ‘Los Pucelanos’ this season, as evidenced by the fact that they’ve netted an average of 0.94 goals per La Liga fixture. Curiously, Valladolid enter this round as one of only three sides yet to score from outside the box this term.

Meanwhile, Valencia have gone winless in eight La Liga games (D5, L3) since beating Real Madrid 4-1 on October 8, as they head into this encounter level on points with relegation-threatened Elche. Away from home, ‘Los Murciélagos’ have failed to win seven of their eight league matches (D3, L4), scoring under 1.5 goals on six occasions. Bringing their away results from 2019/20 into the equation, Javi Garcia’s men have recorded just one victory in their last 19 La Liga trips (D6, L12). Moreover, poor first-half performers, Valencia have scored only three first-half goals on the road this season while conceding eight in that same timeframe. In turn, they have picked up just one draw in four away La Liga fixtures in which they conceded the opener (D1, L3). 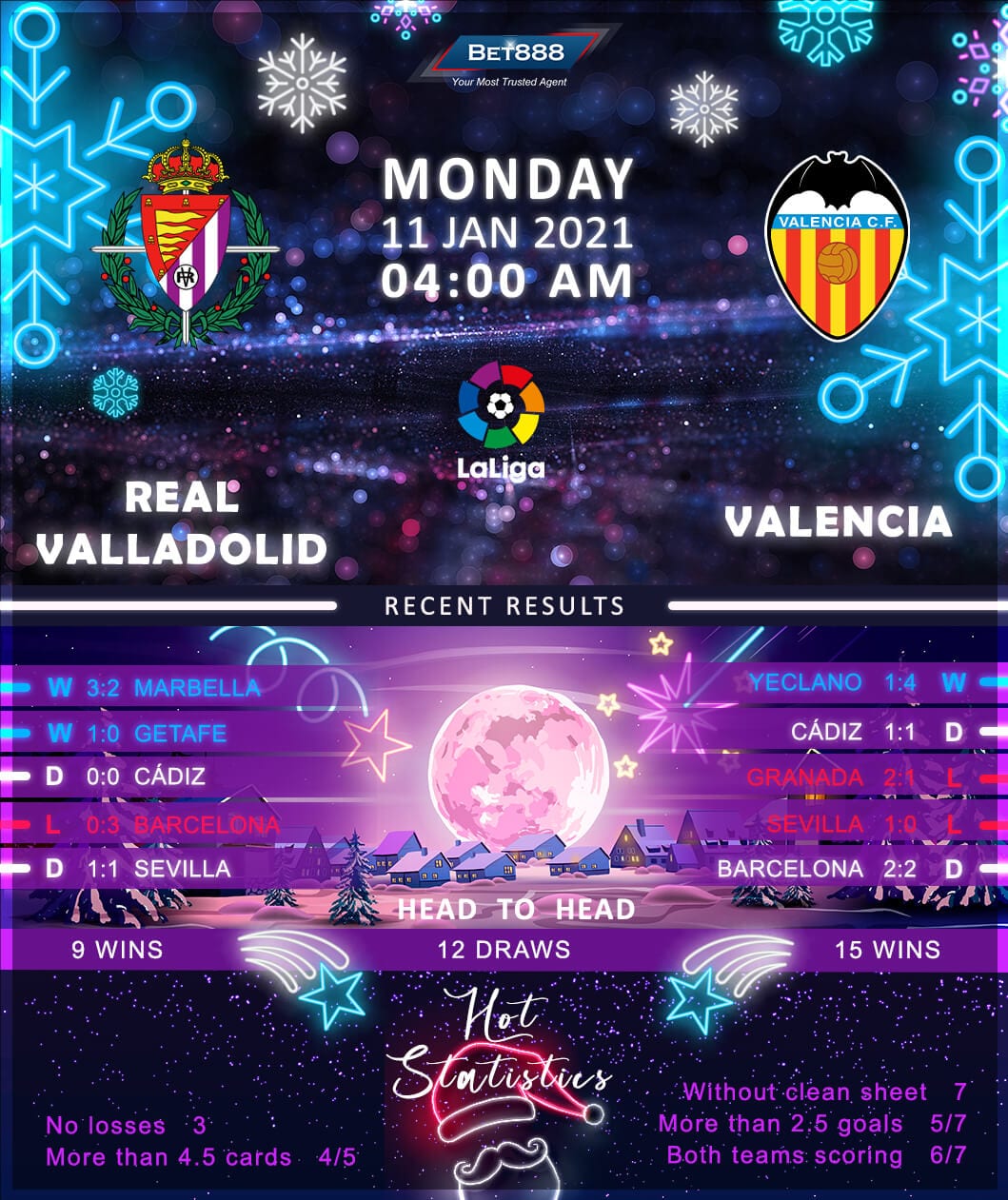