Valladolid have gone winless in nine La Liga matches on the bounce (D6, L3) since defeating Getafe 2-1 at home on Matchday 26, a sequence that saw them slip to the drop zone. Ahead of the kick-off, ‘Los Pucelanos’ sit two points adrift of safety and can ill-afford another slip-up if they are to preserve their top-flight status. Standing in their way is a Villarreal side they haven’t lost to in any of their last three La Liga H2Hs as hosts (W1, D2). The clean sheet has been a common theme in their top-flight meetings at José Zorrilla over the past 22 years, with ten of their last 11 La Liga meetings here seeing one or both sides fail to get on the scoresheet.

Meanwhile, since being held to a 1-1 stalemate to Athletic Club in mid-February, Villarreal haven’t drawn any of their subsequent 11 La Liga games (W5, L6), going 4-2 down to Celta Vigo in the most recent one. Before losing 2-1 to Deportivo Alaves in their latest La Liga trip, ‘El Submarino Amarillo’ had won three away league fixtures on the trot by an aggregate score of 11-2, netting 3+ goals on each occasion. Unai Emery’s men haven’t lost consecutive away La Liga games since March 2020. Solid first-half performers, the visitors have found themselves leading at half-time in nine of their 17 La Liga trips this season (HT: W9, D5, L3). However, they have lost all three away league matches in which they were trailing at the interval this term. 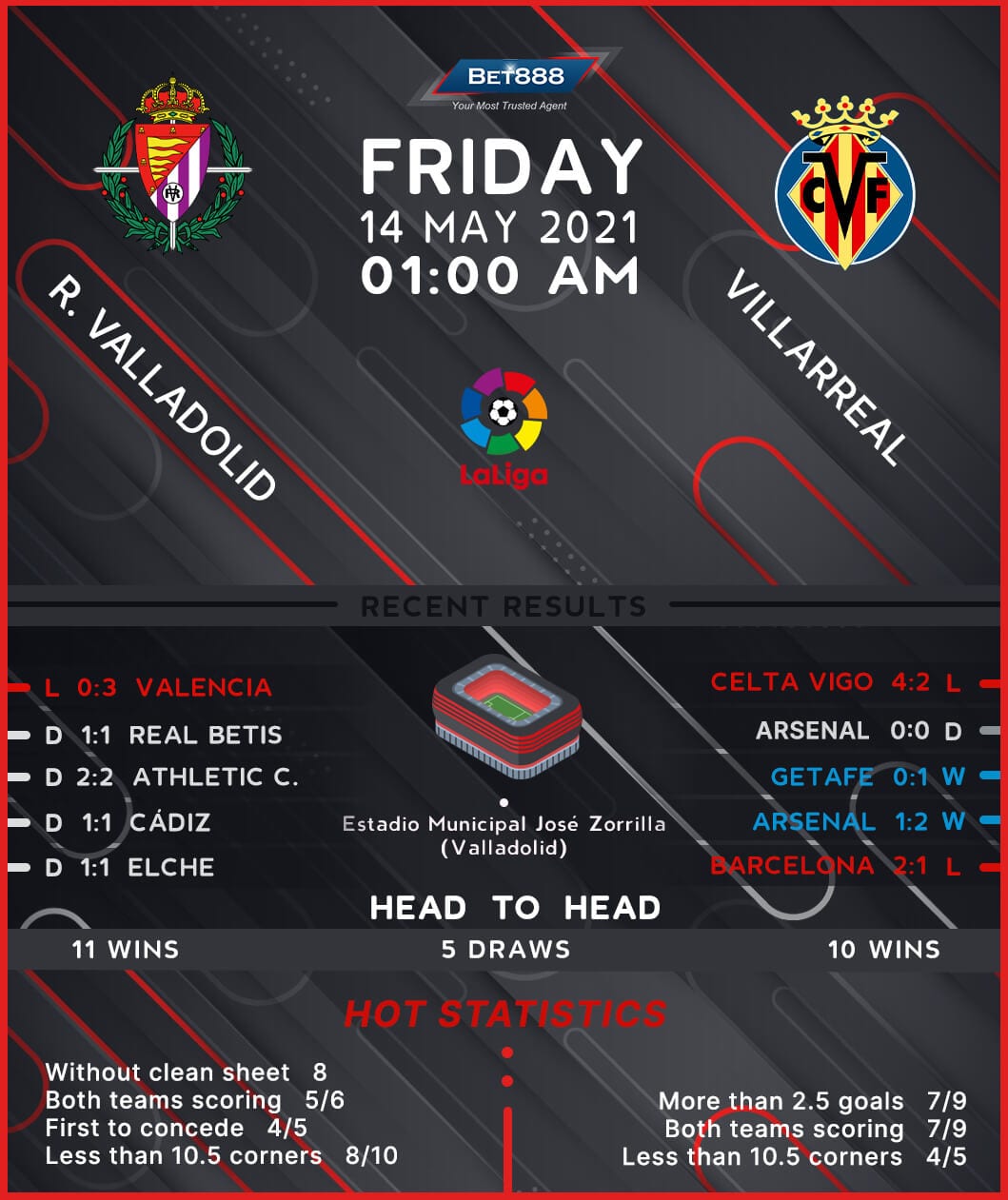