A dreadful spell of form that had seen Rennes fail to win seven of the eight competitive games (D1) between early November and the beginning of December now looks like a distant memory. Indeed, the hosts head into this encounter unbeaten in seven Ligue 1 matches on the bounce (W5, D2), though four of those five victories have come by a narrow one-goal margin. Rennes’ home league fixtures this season have been notably tight, as nine of the ten such contests have seen the teams separated by under 1.5 goals at full-time (W5, D2, L3). Curiously, five of the eight games won/lost across that ten-match sequence yielded the identical 2-1 scoreline. Additionally, three of the last four competitive meetings between Rennes and Lille held at this venue have produced a full-time margin no greater than a single goal (W3, D1).

Meanwhile, none of Lille’s last four Ligue 1 matches have ended in a draw (W3, L1), with each result (win/loss) in that period yielding a one-goal margin. Away from home, ‘Les Dogues’ have gone unbeaten in four consecutive league fixtures (W3, D1) since succumbing to a 3-2 defeat at Brest on Matchday 10, keeping a clean sheet in two of those successes. Cagey beginnings have highlighted Lille’s Ligue 1 matches this season, as only three of their 20 league games have featured a goal within 15 minutes of play. Having that said, Christophe Galtier’s have failed to score inside the first 15 minutes in each of their nine Ligue 1 trips thus far. However, Lille have won all five away league matches in which they were leading at half-time! 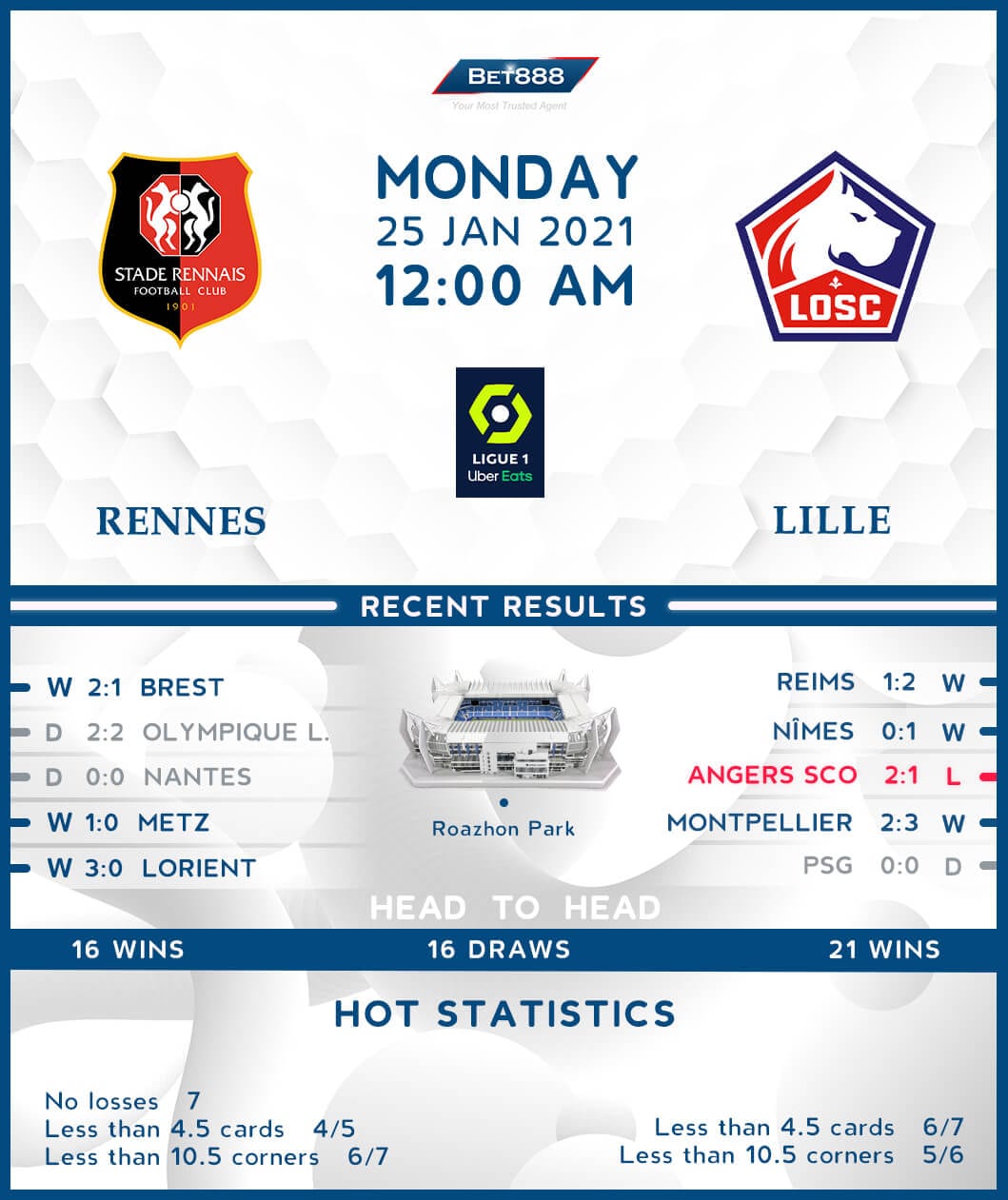