The weekend action in Ligue 1 gets underway at Roazhon Park, as Rennes face Nice in a clash of the two out-of-form sides.

Rennes have gone winless in five Ligue 1 games on the bounce (D2, L3) since picking up a 2-1 victory away at Brest on Matchday 20, a sequence that sees them drop to eighth in the table. At home, ‘Les Rennais’ have alternated a draw with a loss across their last four league outings, scoring under 1.5 goals on four occasions over that stretch of matches. Therefore, Nice’s visit comes at the worst possible moment, as Julien Stephan’s men have failed to win any of their last five top-flight H2Hs as hosts (D2, L3). While two of those meetings featured the identical 0-0 scoreline, the other three have seen over 2.5 goals and both teams on the scoresheet. Slow-starting Rennes have conceded the opening goal in 61.54% of their Ligue 1 home fixtures this season, notably rescuing a league-high ten points from such contests (GP:8 – W3, D1, L4).

Coming into this matchday, the visitors have suffered three consecutive Ligue 1 defeats, which means they have not lost five of their last six league outings (W1). Nice’s recent top-flight matches have been very tight, as six of the last seven have seen the teams separated at full-time by a narrow one-goal margin (W2, L5). A lack of consistency has witnessed ‘Los Aiglons’ endure mixed fortunes in their 13 trips this Ligue 1 campaign (W5, D3, L5), with 60% of the games won/lost in that sequence seeing a winning/losing margin of over 1.5 goals. Interestingly, Adrian Ursea’s men have avoided defeat in each of the six away league matches in which they opened the scoring this term (W5, D1), but each of the five trips where they fell behind, they lost. 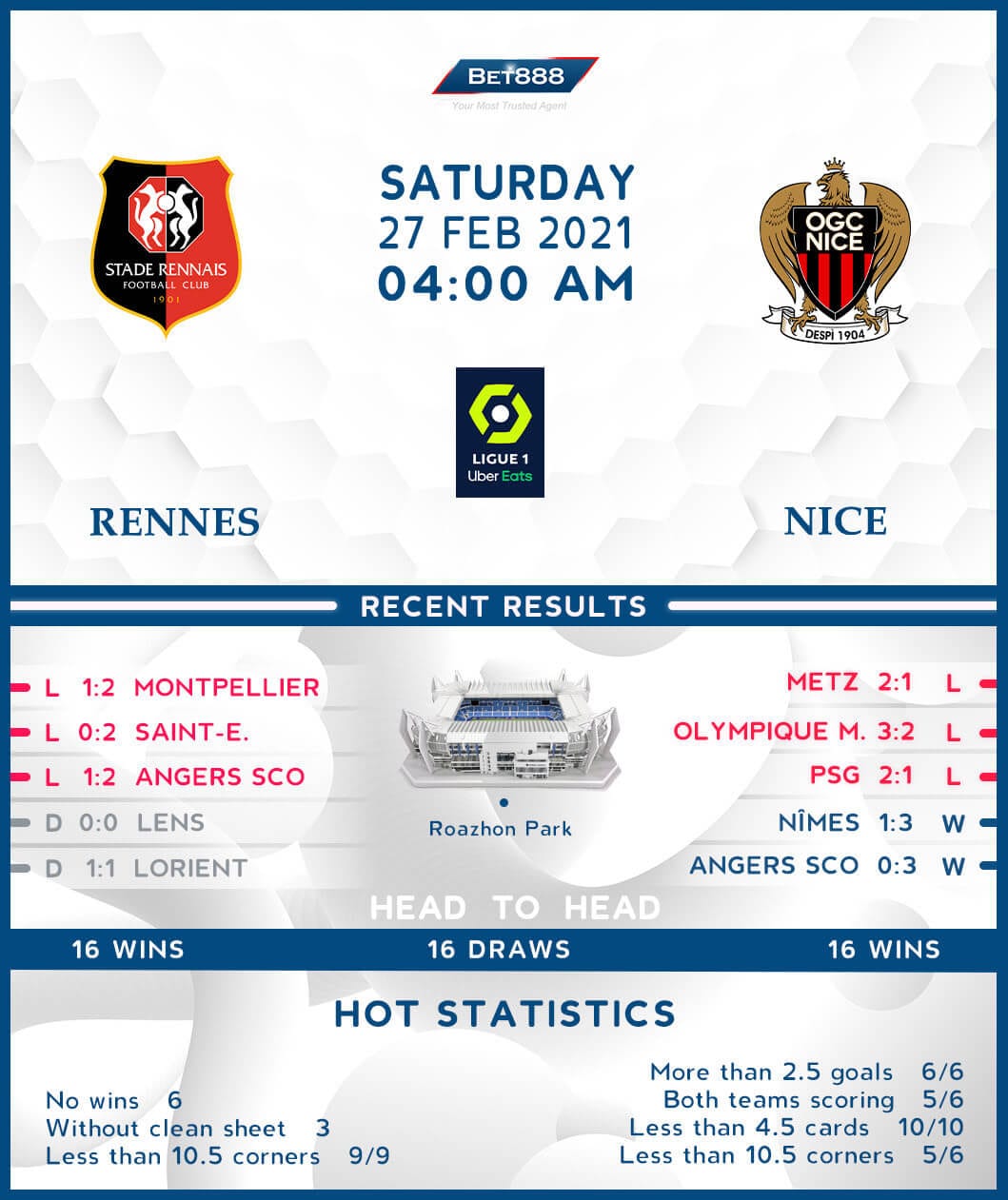