Ligue 1 leaders Olympique Lyonnais head to Roazhon Park to take on Rennes in a potentially high-scoring affair. Each of their last four league meetings has seen under 2.5 goals and one of the sides failing to score.

Rennes have kept a clean sheet in all but one of their last five Ligue 1 outings to win four of them (D1) after suffering three consecutive league defeats beforehand. None of Rennes’ six previous home Ligue 1 matches have ended in a draw (W3, L3), with five of those games won/lost yielding a narrow one-goal margin and four seeing the winner come in the second half of play. Another tight contest is well on the cards, considering that nine of the last ten top-flight meetings between ‘Les Rennais’ and Lyon here have ended separating the sides by under 1.5 goals (W1, D4, L5). Curiously, Julien Stephan’s men have conceded the opening goal in two-thirds of their home Ligue 1 fixtures this season, though no team has rescued more points than Rennes (10) from such affairs (W3, D1, L2).

Meanwhile, Lyon have been going from strength to strength since succumbing to a 2-1 away loss to Montpellier on September 15, going undefeated in 15 Ligue 1 matches in a row since then (W10, D5). Furthermore, free-scoring ‘Les Gones’ have netted over 2.5 goals per game in five of their last seven league outings, accruing a total of 19! Rudi Garcia’s men have won each of their four previous Ligue 1 trips, scoring at least once on or beyond the hour-mark on three of those occasions. In the meantime, Lyon have yet to concede a goal within 15 minutes of play away from home this season. However, they have failed to win any of their three Ligue 1 matches on the road in which they shipped the opener (D2, L1). 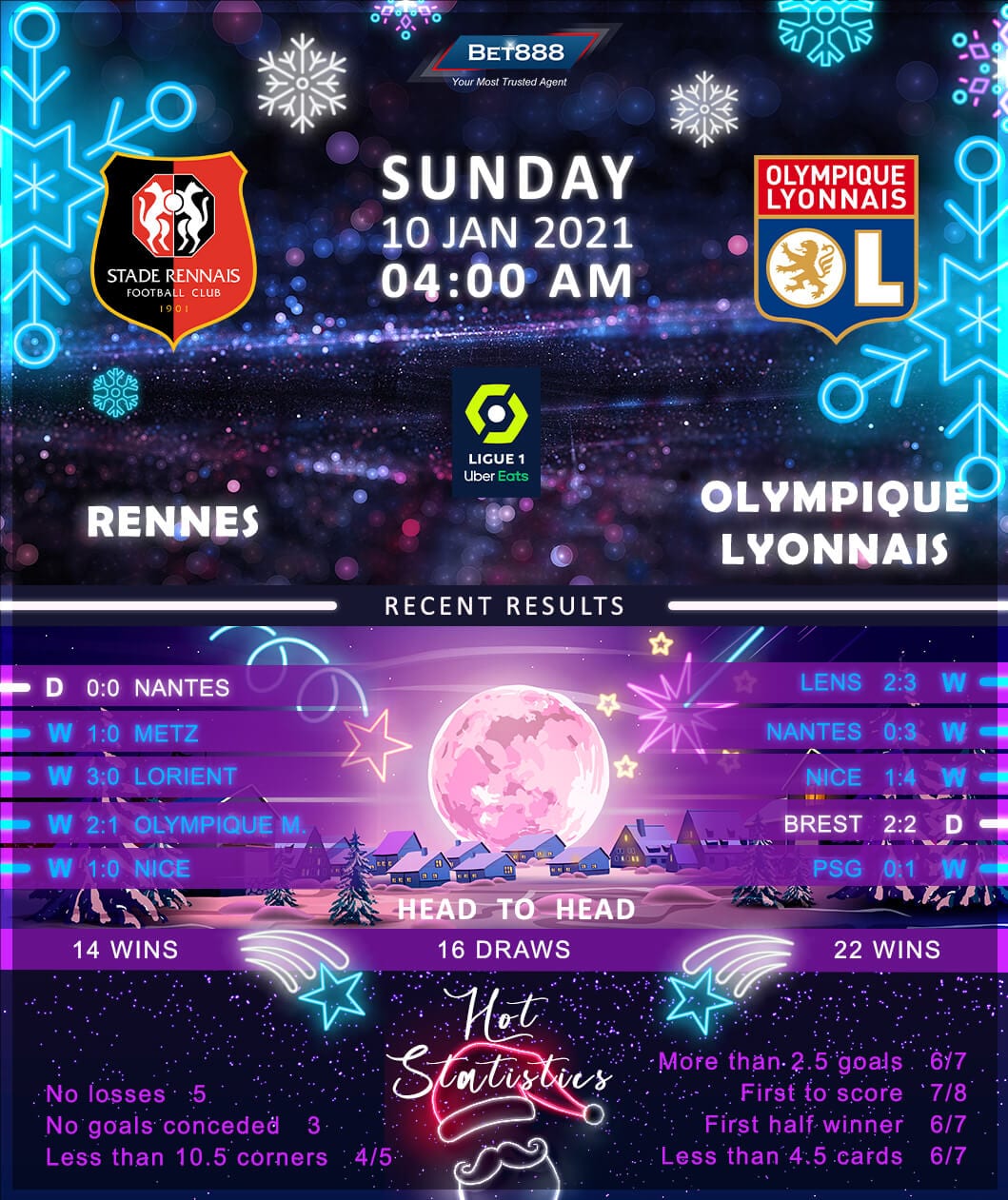