Rennes and Sevilla will meet at Roazhon Park as the home side look to secure their first-every win in the UEFA Champions League.

The hosts have suffered four consecutive defeats in the Champions League this season since drawing 1-1 with Krasnodar at home on Matchday 1. Three of their losses in that four-game sequence came by a narrow one-goal margin, with the deciding goal in each continuously arriving beyond the 50-minute mark. Rennes could become the second French team to complete their maiden Champions League campaign without a triumph should they fail to beat Sevilla here. Julien Stephan’s men have also lost three home matches in a row across all competitions, drawing a blank on two of those occasions. But, ‘Les Rennais’ can take some confidence from the fact they have avoided defeat in each of their last three European home clashes versus Spanish visitors (W1, D2).

Meanwhile, although a 4-0 loss to Chelsea on Matchday 5 inflicted the joint-biggest margin of defeat on Sevilla, the visitors have already qualified for the Champions League knock-out stage. The Andalusian giants, who ran out 1-0 winners at home in the reverse fixture, will now be looking to post their first-ever European victory in France after losing three of their four previous UEFA trips to the country (D1). Notably, Julen Lopetegui’s men have not lost any of their last five away matches in the Champions League (W2, D3). Furthermore, they have yet to taste defeat in their final Champions League group stage fixture (W3, D2). Sevilla’s away games have been notably tight this season, as all of their last six such contests have ended separating the teams by under 1.5 goals (W2, D2, L2). 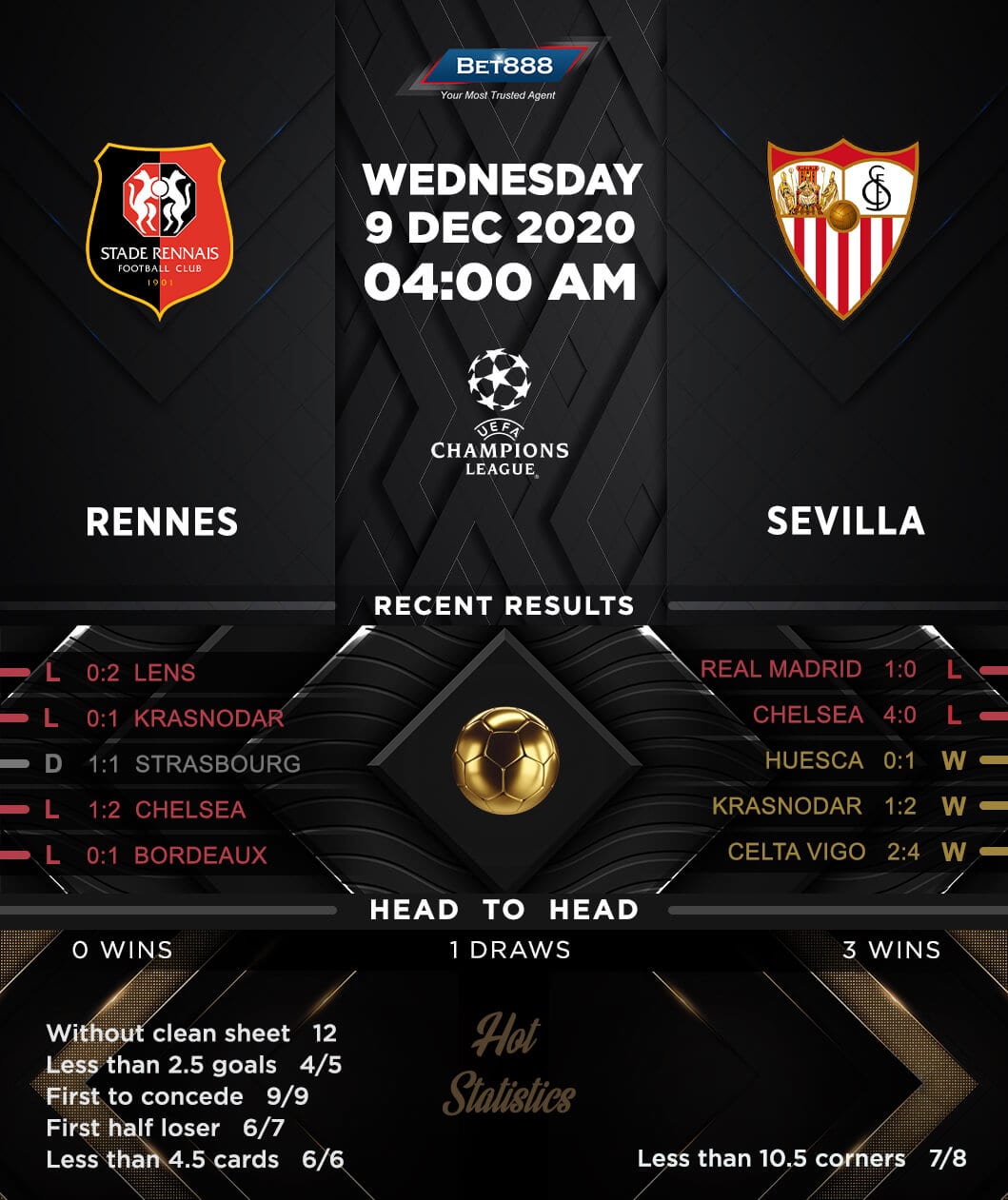