The weekend’s Serie A action concludes at the Stadio Olimpico as Roma take on AC Milan in a high-stake Serie A encounter.

Injury-crippled Roma go into this round on the back of a 3-1 home win over Sporting Braga in the UEFA Europa League midweek. The hosts are now unbeaten in their last four matches in all competitions (W3, D1), scoring eight goals while conceding only one in return in that run. Coming into this matchday, ‘I Giallorossi’ have not lost any of their 12 Serie A home games this season (W9, D3) and remain the only team to avoid defeat in each home league outing this term. What’s more, Paulo Fonseca’s men have netted the second-highest 31 Serie A home goals this season, managing an average of 2.38 goals scored per home league match. Roma have only lost one of their last eight top-flight home meetings with Milan (W4, D3), with six of those clashes featuring under 2.5 total goals.

On the other hand, Milan have gone winless in four consecutive games in all competitions since beating Crotone at home earlier this month, alternating between a draw and a loss on each occasion (D2, L2). Worryingly, Stefano Pioli’s men have lost back-to-back league matches ‘to nil’ and now face a risk of losing three in a row without scoring since for the first time since 1967. A dip in form has seen Milan suffer four Serie A defeats since the calendar flipped to 2021, two more than they had in the entire 2020. However, ‘I Rossoneri’ have returned more away points than any other team this Serie A season (28), winning 81.82% of their league trips thus far (GP:11 – W9, D1, L1). Additionally, they have netted over 1.5 goals in ten of their 11 Serie A trips this term, with a 2-0 loss to Spezia in their last away league fixture being the lone exception. 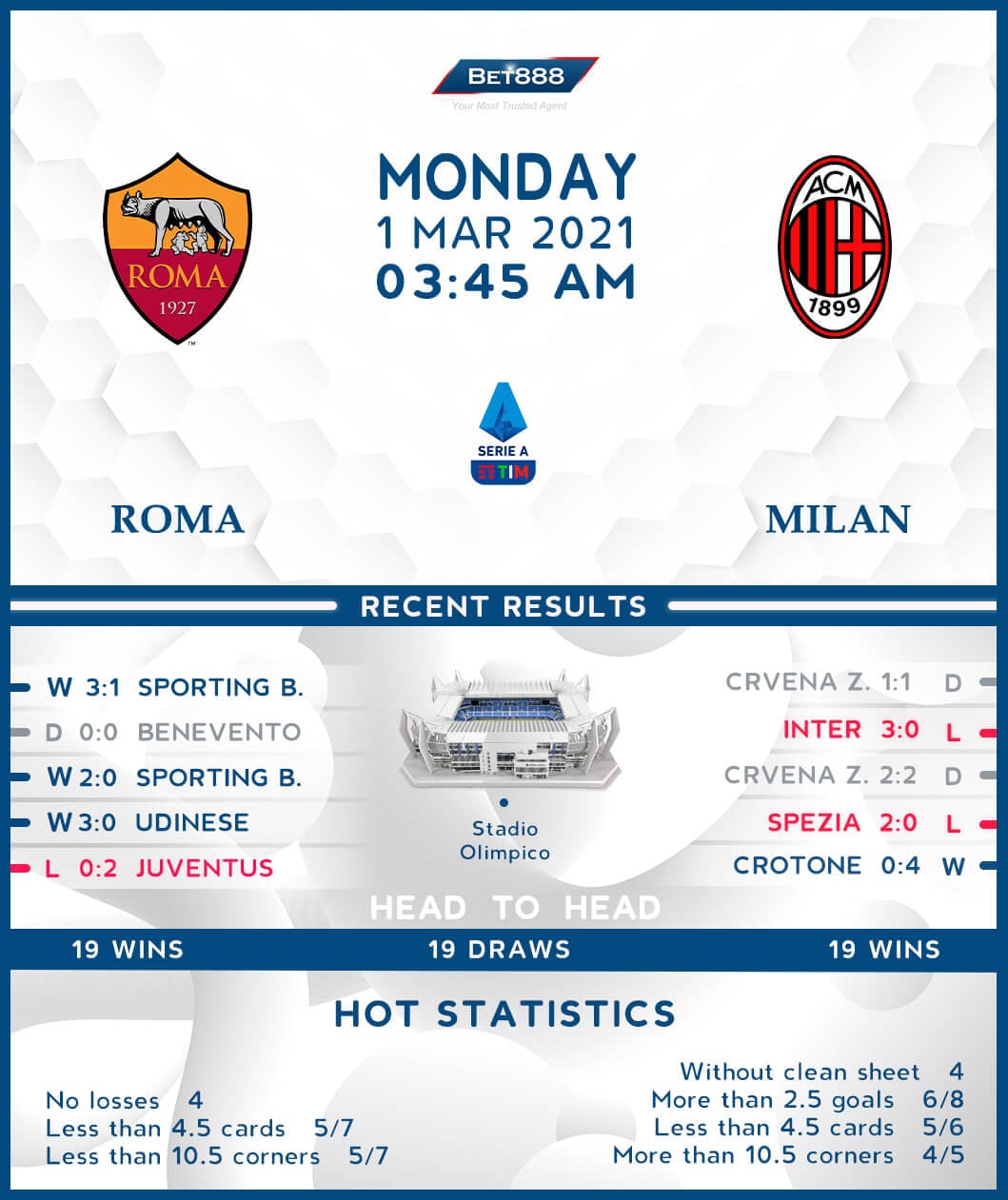