Roma and Ajax will trade tackles at the Stadio Olimpico in the return leg of their UEFA Europa League quarter-final tie, with the hosts harboring a 2-1 first-leg lead.

Before overcoming Ajax in Amsterdam, Roma’s UEFA record against Dutch opponents was perfectly balanced (W2, D2, L2), albeit they have yet to lose at home to Eredivisie visitors (W2, D1). Now in firm control of this tie, ‘I Giallorossi’ have the chance to secure back-to-back UEFA quarter-final successes following their outstanding victory over Barcelona in the 2017/18 UEFA Champions League. They had lost five consecutive quarter-final ties before beating the Catalan outfit. Paulo Fonseca’s men have been a force to be reckoned with on home turf in Europe of late, losing just once in their last 20 UEFA fixtures at the Stadio Olimpico (W15, D4). Furthermore, the Italian heavyweights have won all 11 UEFA two-legged ties after coming out victorious in the first leg away from home.

Ajax squandered a half-time advantage to end 2-1 losers at the Johan Cruijff Arena last week, seeing their ten-match winning home streak in the Europa League proper come to a halt. Encouragingly, though, the ‘Lancers’ have gone undefeated in their last six UEFA trips to Italy (W3, D3) since suffering a 1-0 loss to Internazionale in their 2005/06 UEFA Champions League last-16 tie. After going unbeaten in eight European matches against Serie A sides (W2, D6), Erik ten Hag’s men have now lost twice in a row, as their overall record versus such opposition now reads W13 D17 L18 (GF:51, GA:52). Although they came out on top of their most recent UEFA two-legged tie against Italian opponent (3-2 aggregate win vs. Juventus in the 2018/19 UEFA Champions League quarter-final), Ajax’s all-time record in such contests favors the Italians (W7, L8). The Eredivisie giants have struggled away from home in the Europa League knock-outs, winning just five of their 15 such fixtures (D2, L8). 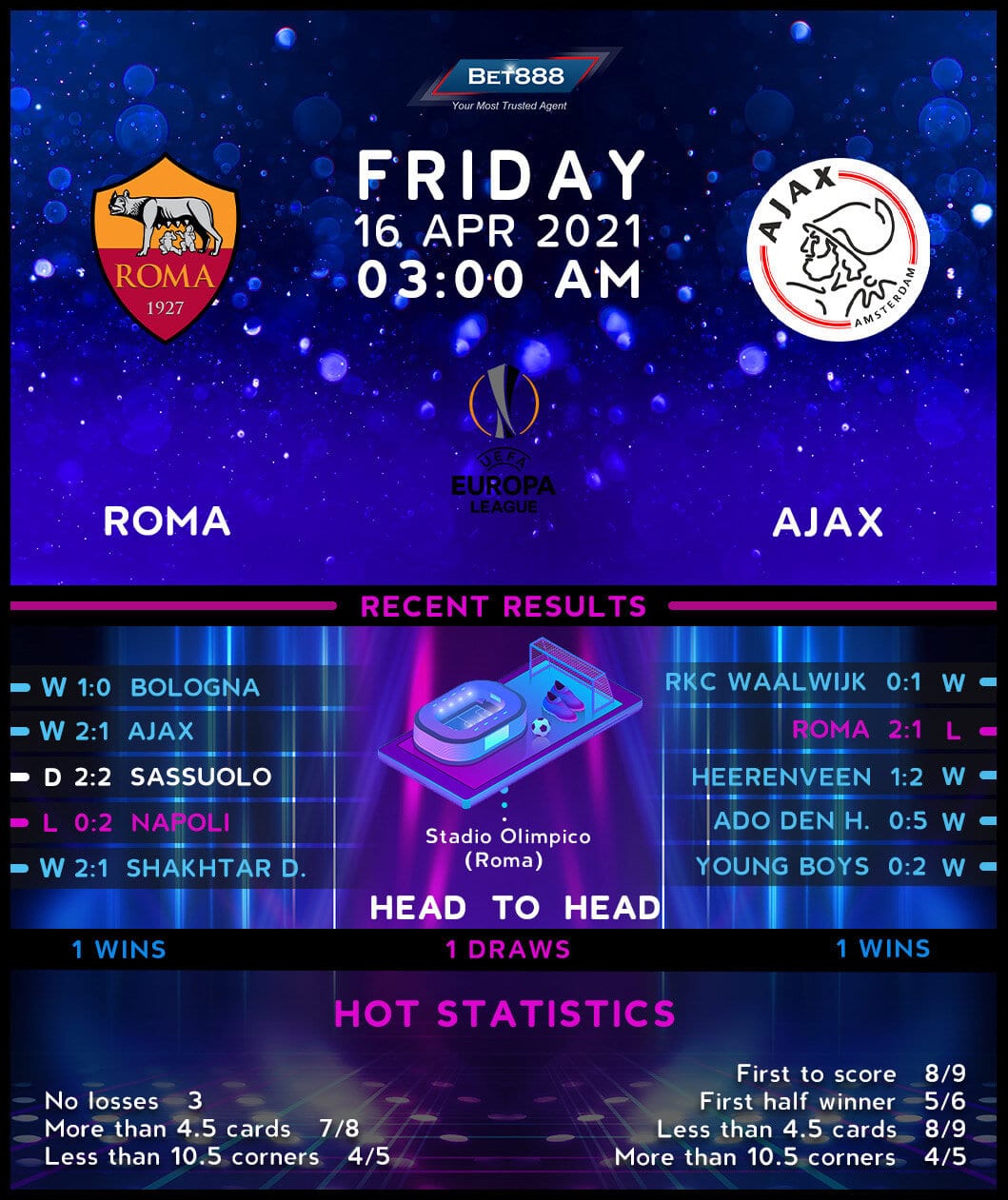