Having clinched a massive 2-1 away win over Ajax in the UEFA Europa League midweek, Roma will try to translate their European form to Serie A when they trade tackles with Bologna at the Stadio Olimpico.

The hosts have suffered a dip in form recently, going from back-to-back Serie A triumphs to three consecutive league games without a win (D1, L2), conceding precisely twice on all three occasions. Furthermore, ‘I Giallorossi’ have lost two of their last three league fixtures at the Stadio Olimpico (W1), as many as they had in their previous 21 in the competition (W14, D5). Roma face the prospect of drawing a blank in two successive home Serie A outings for the first time since May 2007 in the wake of a 2-0 loss to Napoli in their most recent home league match in Rome. However, Paulo Fonseca’s men should have no problems getting on the scoresheet here, having found the back of the net in each of their last 29 top-flight clashes against Bologna.

Meanwhile, the visitors have not drawn any of their last six Serie A games (W3, L3) since being held to a 1-1 stalemate to Sassuolo on Matchday 23, with three of those six results (win/loss) seeing the victor score precisely three times. Having that said, Bologna’s recent away league fixtures have been notably tight as three of the last four have yielded a full-time margin of under 1.5 goals (W1, D1, L2). Bologna’s lackadaisical defending has seen them register a clean sheet in only 13.33% of their Serie A trips this season (2/15), albeit both shutouts have come this calendar year. After securing a 3-2 victory in their last Serie A visit to the Stadio Olimpico, ‘I Rossoblu’ will be looking to claim back-to-back away top-flight wins over Roma for the first time since 1959. 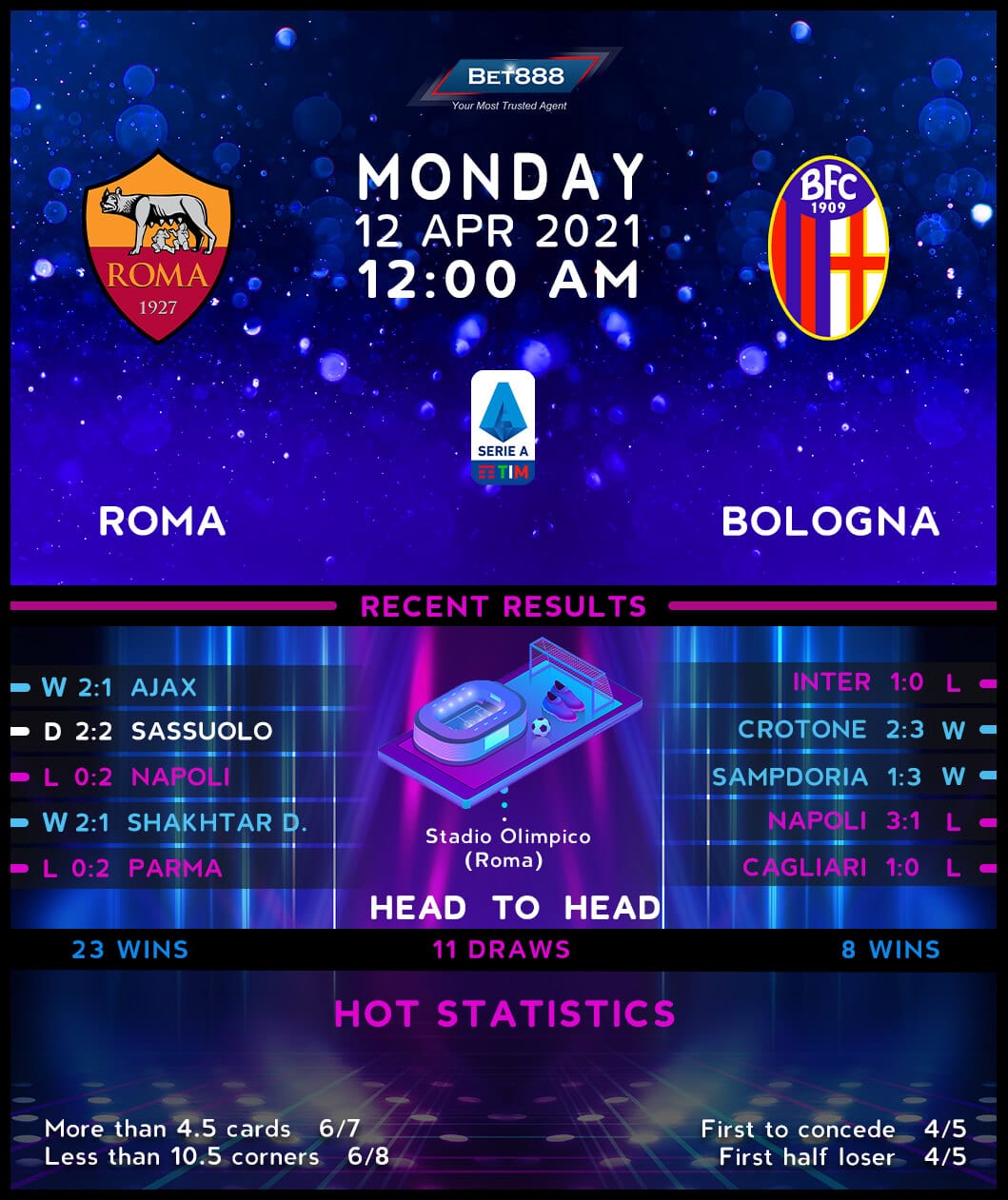