Roma will be looking to bring their undefeated Serie A streak against Cagliari to 13 matches (W8, D4) when the two clubs face off at the Stadio Olimpico.

Roma threw away a first-half lead to lose 4-1 to Atalanta at the weekend, bringing a three-game unbeaten Serie A run to a halt (W2, D1). Indeed, strong first-half performers, ‘I Giallorossi’ have found themselves trailing at the half-time break only once in their 13 league matches this season (HT: W8, D4, L1). Additionally, the Stadio Olimpico has been a fortress this term, as Paulo Fonseca’s men dodged defeat in each of their six Serie A contests held at this venue (W4, D2). Furthermore, they have bagged over 1.5 goals in all home league games bar a goalless draw with Sassuolo on Matchday 10. As a result, Roma have scored a league second-high average of 2.5 goals per Serie A home fixture, getting on the scoresheet within 35 minutes of play in five of six home league outings.

On the other hand, Cagliari have gone winless in six Serie A matches (D4, L2) since defeating Sampdoria 2-0 on Matchday 7 despite scoring the opener in two of their last three league games. But, slow-starting Sardinians have conceded the first goal (if any) in four of their seven Serie A trips this season, rescuing a league second-high four points from such affairs (W1, D1, L2). Before being held to a 1-1 draw in 2019/20, ‘Gli Isolani’ had drawn a blank in five consecutive top-flight trips to the Stadio Olimpico (D1, L4), with their last Serie A victory at this venue dating back to 2013. At the other end of the pitch, Eusebio Di Francesco’s men have conceded an average of 2.00 goals per away league fixture this season, letting in a division second-high nine first-half goals in the process. 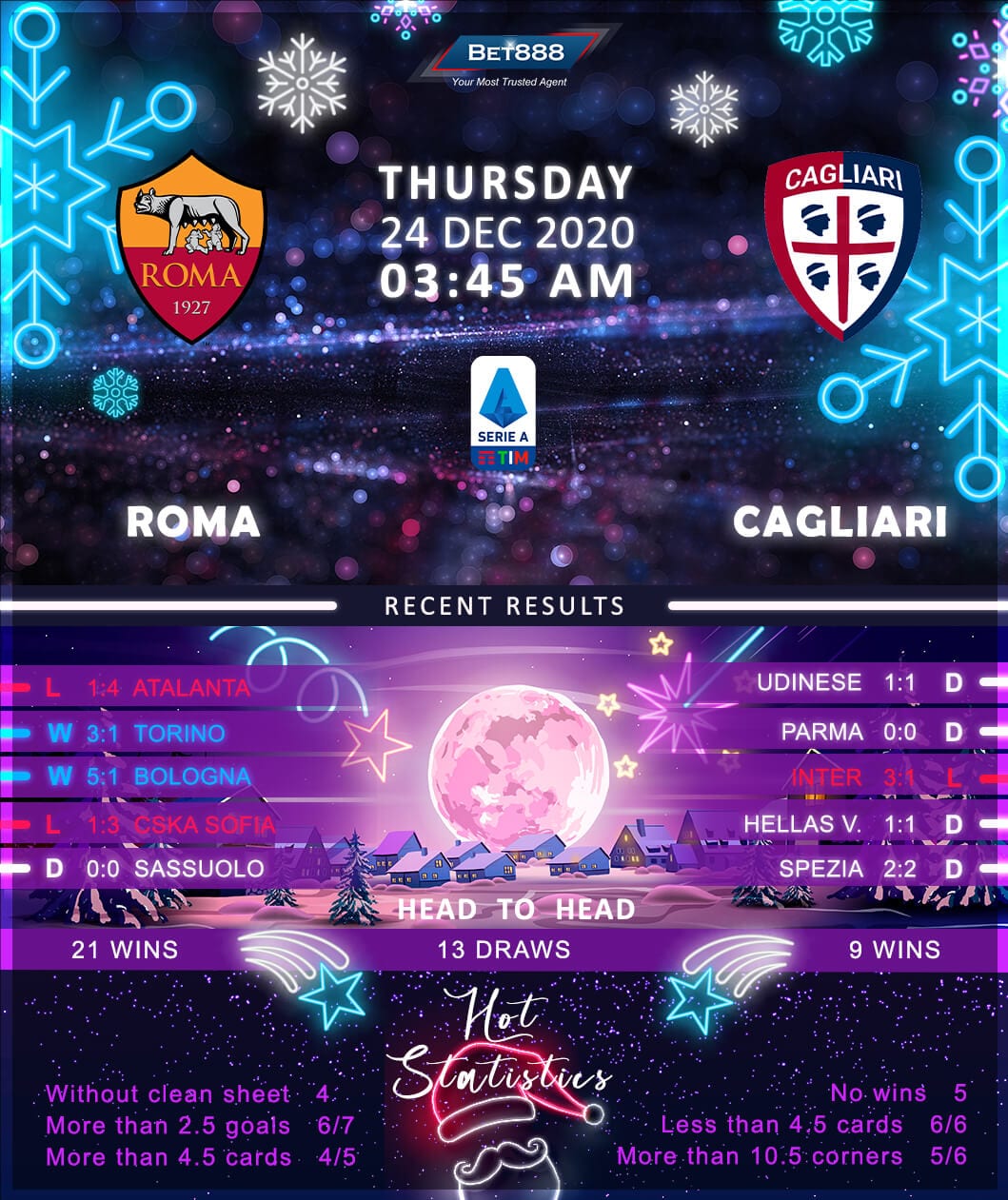