Out-of-sorts Roma and relegated Crotone go head-to-head at the Stadio Olimpico in Paulo Fonseca’s penultimate home Serie A match in charge of the Rome outfit.

A massive dip in form has seen Roma fail to win any of their last four Serie A matches (D1, L3), a sequence that saw them tumble to seventh in the standings. In fact, Paulo Fonseca’s men have secured just one victory in their last eight Serie A fixtures (D2, L5), with just three teams picking up fewer points in this spread of matches than Roma (5). After going unbeaten in their first 12 home league games of the season (W9, D3), ‘I Giallorossi’ have lost twice in their last five Serie A outings at the Stadio Olimpico (W2, D1), with each fixture won/lost in this run benefiting the side to open the scoring. On the bright side, though, they have won both of their previous top-flight H2Hs as hosts ‘to nil.’

In the meantime, the visitors have lost seven of their last eight Serie A games (W1), conceding an average of 2.57 goals per loss. Before winning 4-3 at Parma in their most recent Serie A trip, Crotone had gone winless in their first 16 away league matches (D2, L14), letting in a whopping league-high 51 goals in the process. Furthermore, Serse Cosmi’s men have conceded the division-high 26 first-half goals on the road this season, falling behind in 64.71% of their Serie A trips so far (11/17). Alongside Spezia, ‘I Pitagorici’ have conceded the joint-high 44 second-half goals ahead of this fixture. At the other end of the pitch, they have found the net within the final 15 minutes of play just once in their 16 away league games this term. 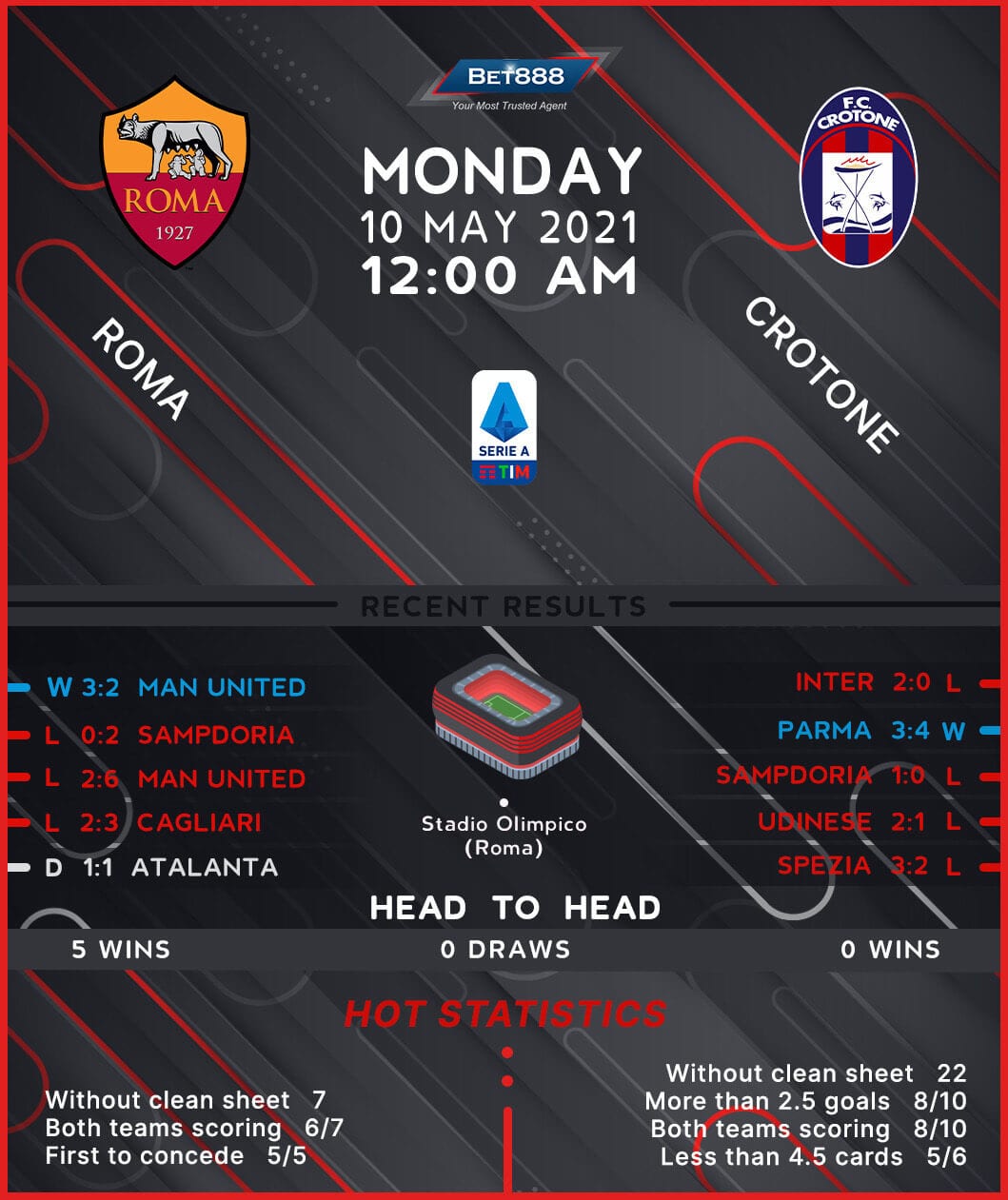