Roma will be looking to extend their unbeaten home Serie A run against Hellas Verona to 24 matches (W18, D5) when the two sides lock horns at the Stadio Olimpico this weekend.

Roma outscored Spezia 4-3 in last weekend’s Serie A thriller, bringing their two-game winless league run to a halt (D1, L1). Indeed, ‘I Giallorossi’ have been a fun team to watch lately, as four of their last five Serie A home matches have seen over 3.5 goals and both teams scoring (W4, D1). Remarkably, Paulo Fonseca’s men head into this encounter as the only side in Serie A yet to lose at home this season (W7, D3), returning the division-best +13 goal difference from such fixtures (GF:25, GA:12). Moreover, going back to 1990, Roma have won ten of their 11 top-flight meetings with Hellas Verona in the capital (D1), scoring 30 goals while conceding 11 in return. However, only 18.92% of Roma’s total Serie A points this season have come against the sides currently in the top half of the table (7/37).

On the other hand, ‘I Gialloblu’ have lost just one of their last five Serie A fixtures (W3, D1), as they enter this round trailing fourth-placed Juventus by six points. Yet, Verona’s recent league matches have been notably tight, as nine of the last ten have seen the teams separated at full-time by under 1.5 goals (W4, D3, L3), with 57.14% of the games won/lost in that time yielding the identical 2-1 scoreline. Additionally, Ivan Juric’s men have conceded a league joint-fewest 18 goals this season, only eight (44.44%) of which arrived away from home. Scoring has been an issue for ‘I Mastini’ of late, though, as they’ve netted under 1.5 goals in each of their last four Serie A trips (W1, D2, L1), with two of their three goals scored in that period coming beyond the 65th minute. 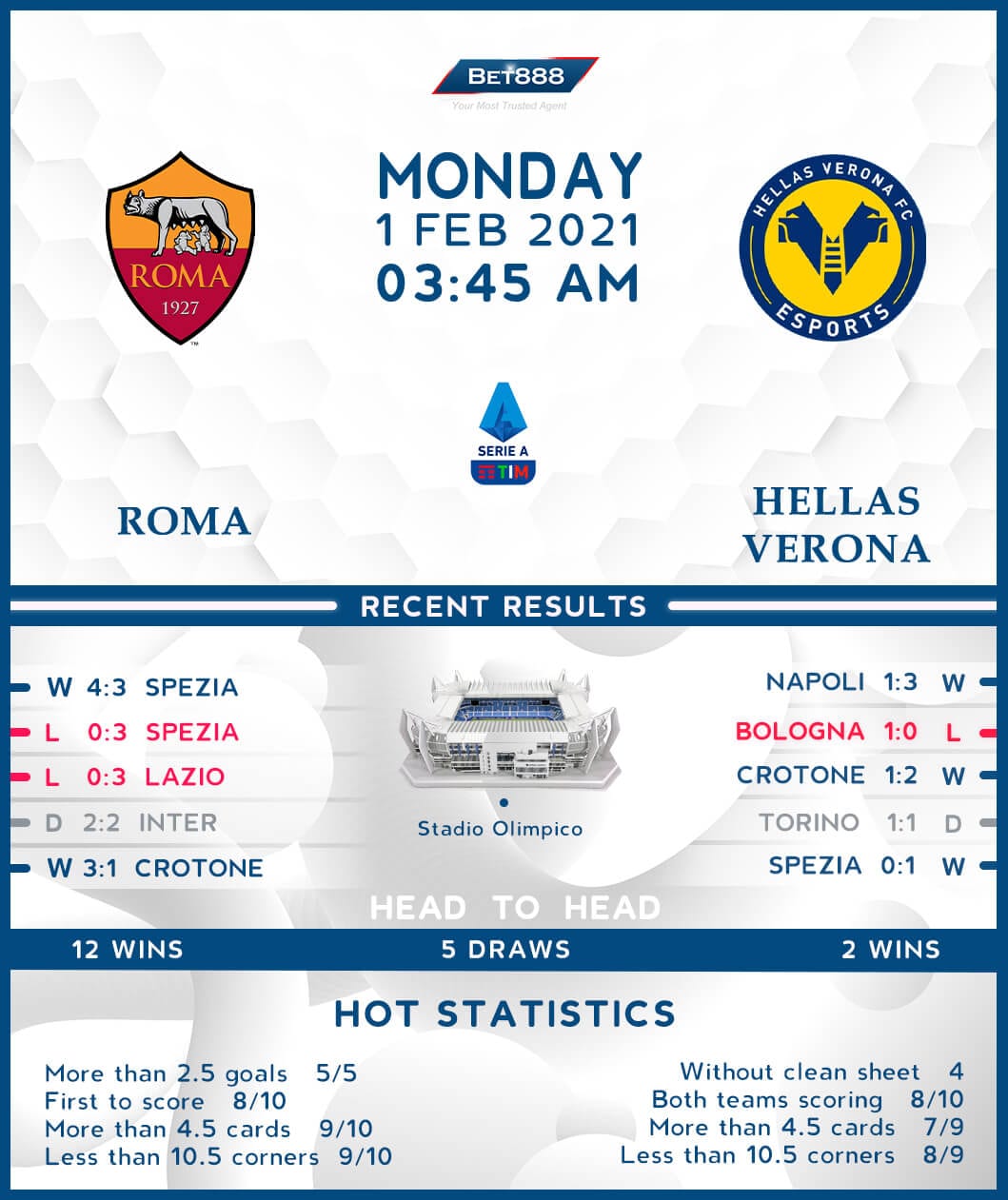