Stadio Olimpico is the venue as Roma and Lazio prepare to square off in the 154th Serie A Derby della Capitale.

Paulo Fonseca’s last home match in charge of Roma pits him against a Lazio side he has failed to beat in any of his three Serie A matches as a manager (D2, L1). After going down 3-0 in the reverse fixture, Roma could suffer back-to-back Serie A losses to arch-rivals for the first time since 2012. Coming into this encounter, ‘I Giallorossi’ have picked up just one victory in their last six Serie A games (D1, L4), conceding precisely three goals on three occasions in this sequence. On the bright side, Roma have suffered only two defeats in their last 22 home league fixtures. Notably, the hosts are the only side in Serie A this season to smash a 20-goal barrier in terms of the home goals scored in each half.

Meanwhile, Lazio responded to a 2-0 loss to Fiorentina with a late 1-0 win over Parma last time out, meaning they haven’t drawn a Serie A match since the opening game of 2021. Indeed, only relegated Crotone (3) have had fewer top-flight stalemates than Lazio (4) this term. Away from home, ‘I Biancocelesti’ have gone from back-to-back league victories to two consecutive defeats, both of which came by a margin of 2+ goals and saw them concede a first-half opener. Among the sides currently sitting in the upper half of the table, none have conceded more Serie A goals away from home than Lazio (28) this season. There’s been plenty of late action in Lazio’s recent league matches as each of the last eight has seen a goal scored on or beyond the 80the minute. 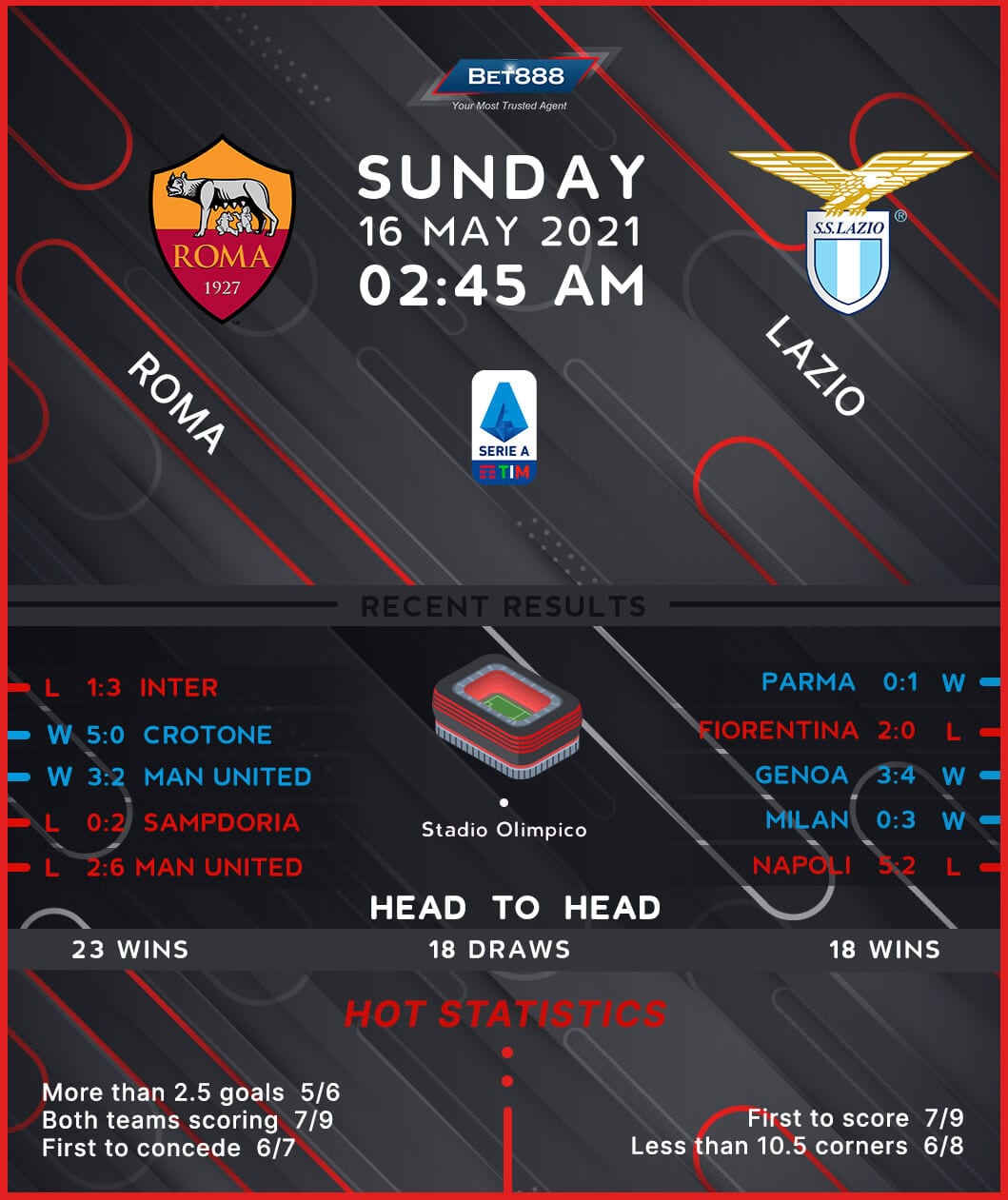