Stadio Olimpico is the venue as Manchester United look to finish the job against Roma in their UEFA Europa League semi-final tie following an overwhelming 6-2 first-leg win.

It will be a daunting prospect for Roma to overturn this tie, considering they’ve pulled off a second-leg comeback following an away first-leg defeat in only 34.78% of their such UEFA two-legged ties (W8, L15). It’s also worth noting that this is the first time they’ve lost a first leg by a margin of 4+ goals. On the bright side, ‘I Giallorossi’ have lost just once in their last 21 European matches on home turf (W15, D5), courtesy of a 2-1 reverse against Real Madrid in the 2018/19 UEFA Champions League group stage. Additionally, the Serie A heavyweights have picked up ten victories in 18 home encounters with Premier League visitors across major European competitions (D4, L4), including five in the last six. Worryingly, though, the hosts have won none of their last six competitive fixtures (D2, L4), conceding an average of 2.66 goals per game in this run.

Meanwhile, Manchester United have yet to lose a match in this season’s Europa League knock-out stage since joining the competition on the back of an underwhelming Champions League group phase campaign in autumn. Despite lamenting an indifferent record in away Europa League fixtures (W9, D4, L6), the ‘Red Devils’ have racked up a four-game winning road streak in the competition, scoring 12 unanswered goals in the process. Furthermore, the Premier League giants have come out victorious in each of their last four knock-out two-legged ties versus Serie A clubs in UEFA competition, including a 2-1 aggregate triumph against AC Milan in this season’s round of 16. Though they have a negative overall away record to Italian sides (W6, D3, L10), Ole Gunnar Solskjaer’s men have won their last three competitive visits to the country. Since succumbing to a 2-1 loss in their first-ever European meeting with Roma at the Stadio Olimpico, United have avoided defeat in their subsequent two trips to this venue (W1, D1). 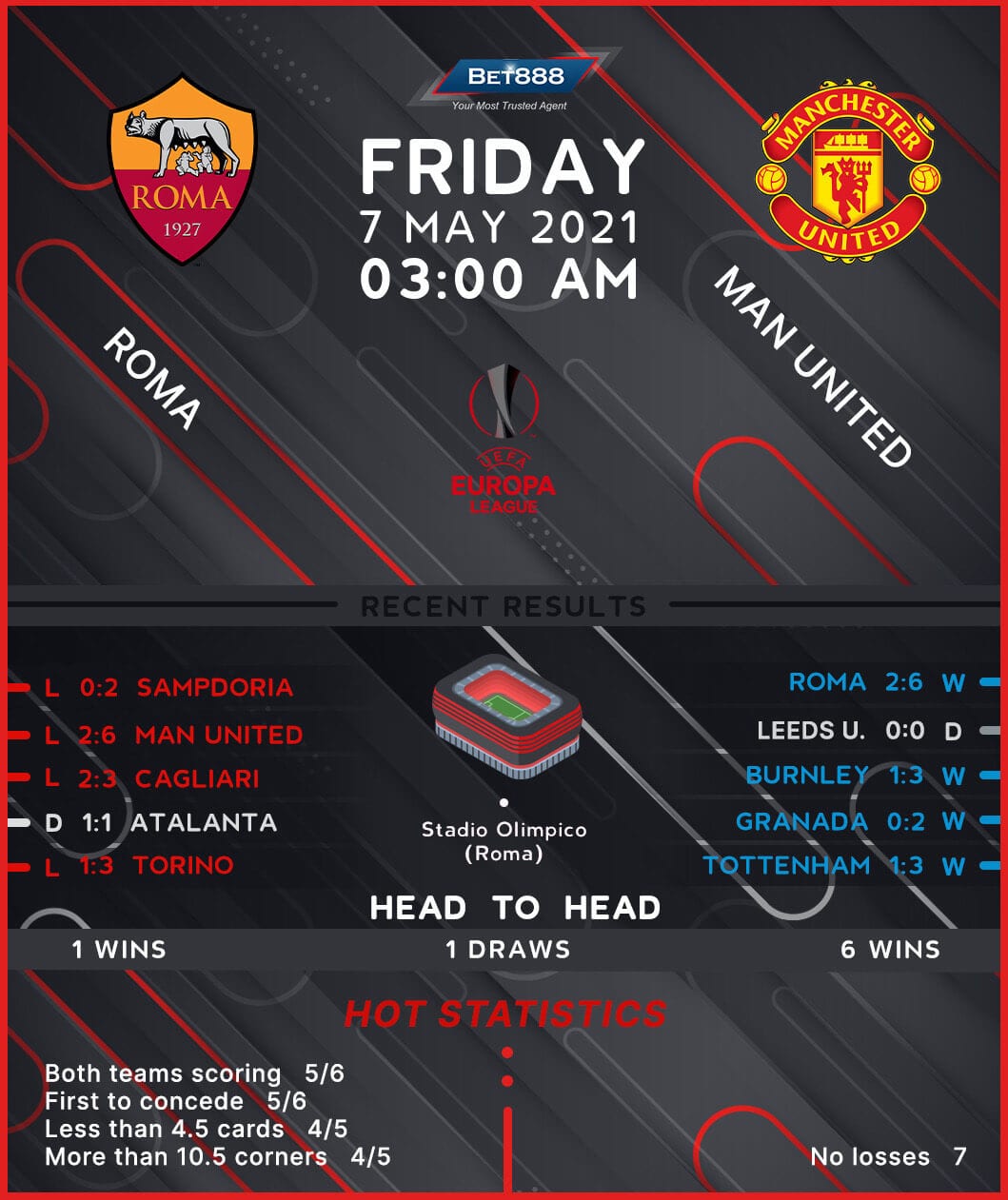