Stadio Olimpico is the venue as Roma take on Napoli in a massive Serie A top-six six-pointer.

Severely crippled by injuries, Roma have not drawn any of their last four Serie A fixtures (W2, L2), with three of the games won/lost in that sequence coming by a narrow one-goal margin. Indeed, Paulo Fonseca’s men have lost four of their last league matches (W5, D1), as many as they had in the previous 26 in the competition. Additionally, they’ve suffered back-to-back league defeats to Napoli by an aggregate score of 6-1. However, Stadio Olimpico has been a stronghold this season, with ‘I Giallorossi’ experiencing just one loss in 14 top-flight games at this venue (W10, D3), courtesy of a 2-1 reverse to AC Milan in late February. Notably, quick-start Roma have opened the scoring in a league-high 78.57% of their Serie A home encounters this season, netting 2+ goals in ten of their 14 such contests.

Meanwhile, Napoli have racked up a four-match unbeaten run in Serie A (W3, D1) since losing 4-2 at Atalanta on Matchday 23. High scoring has been a common theme in Napoli’s recent league fixtures as three of the last five have seen over 3.5 goals and both teams on the scoresheet. A narrow 1-0 win at AC Milan last time out gave ‘I Partenopei’ a first away Serie A triumph in five games (D1, L3), marking their first clean sheet in a road league contest since 6 December 2020. Indeed, before shutting out Milan, Gennaro Gattuso’s men had conceded 2+ goals in four consecutive Serie A trips, letting in a total of 12! But Napoli’s cagey entries have seen them ship second-lowest ten first-half goals this Serie A campaign, conceding within 15 minutes of play in only two of their 26 league fixtures thus far. 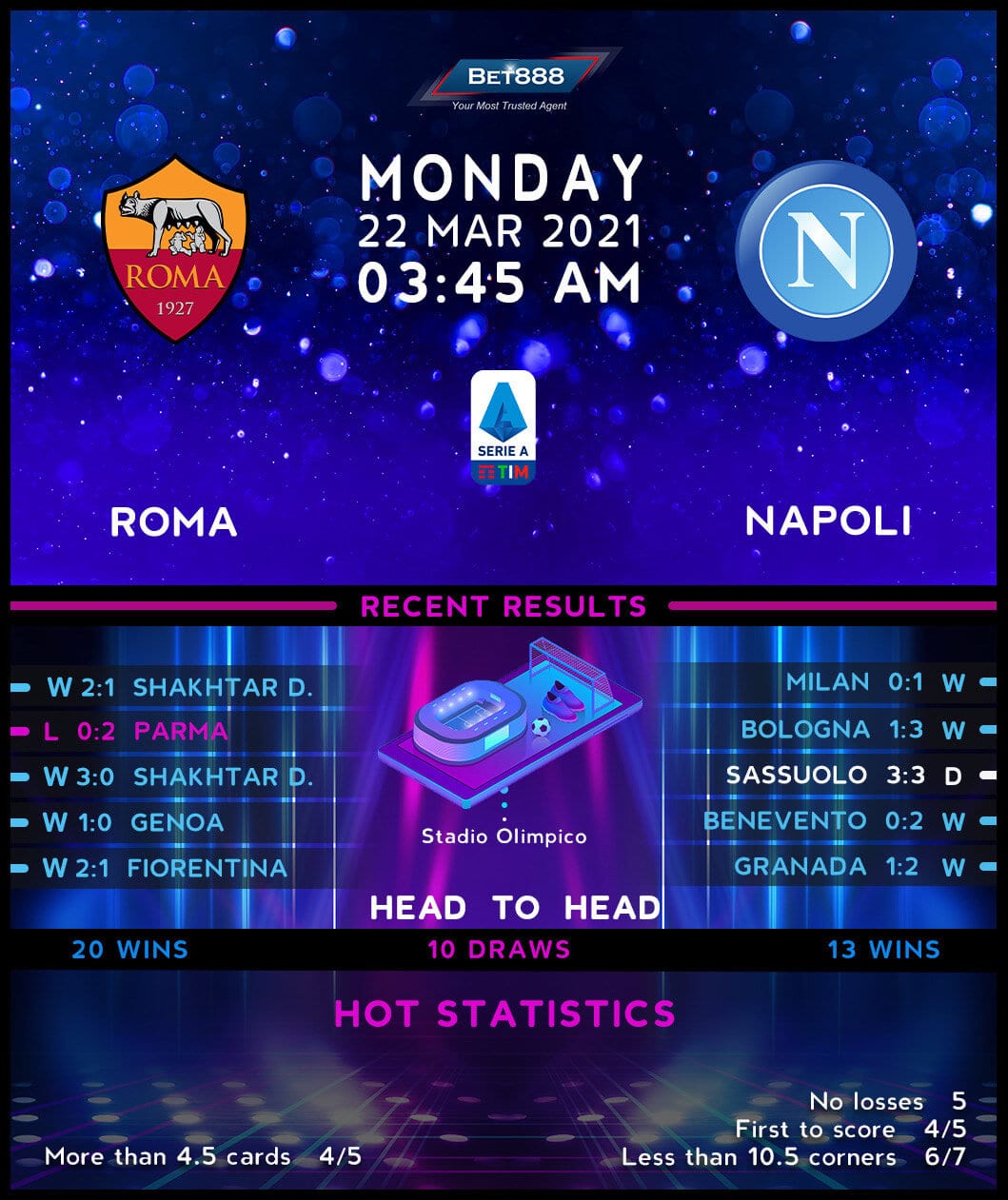