Roma and Sampdoria go head-to-head at the Stadio Olimpico in a possibly tight Serie A affair. Indeed, nine of their ten previous league meetings have ended separating the sides by under 1.5 goals.

Quick-fire Roma have scored the opening goal (if any) in five of their seven Serie A home matches, ending up winning four such fixtures (D1), as they remain one of just two teams yet to lose at home this season. Indeed, Roma’s tally of 11 first-goals scored at home is second to none, as is their record of 18 Serie A home goals scored in total. Notably, Paulo Fonseca’s men have registered a league joint-high 30 first-half points in the Italian top-flight this season, leading at half-time in 64.29% (9) of their 14 Serie A matches (HT: W9, D4, L1). However, lapses in concentration in the second half have seen 75% (15) of their 20 league goals conceded after the HT break. Yet, they have kept a clean sheet in the final 15 minutes of play in six of their seven home Serie A outings.

Meanwhile, after winning two Serie A fixtures on the trot, Sampdoria succumbed to a 3-2 home loss to Sassuolo last time out, which means that one of their nine previous league matches has ended in a draw (W2, L6). ‘I Blucerchiati’ have lost four of their last five top-flight trips to the Stadio Olimpico (W1), with all but one of those results (win/loss) being decided by a one-goal margin. Form has been indifferent for ‘La Samp’ on the road this season (W3, D1, L3), with each won/lost game in this sequence seeing the victor get on the scoresheet in the second half and score at least two goals in total. Particularly dangerous from set-pieces, Claudio Ranieri’s men have notched up a league joint-high six goals from corners. 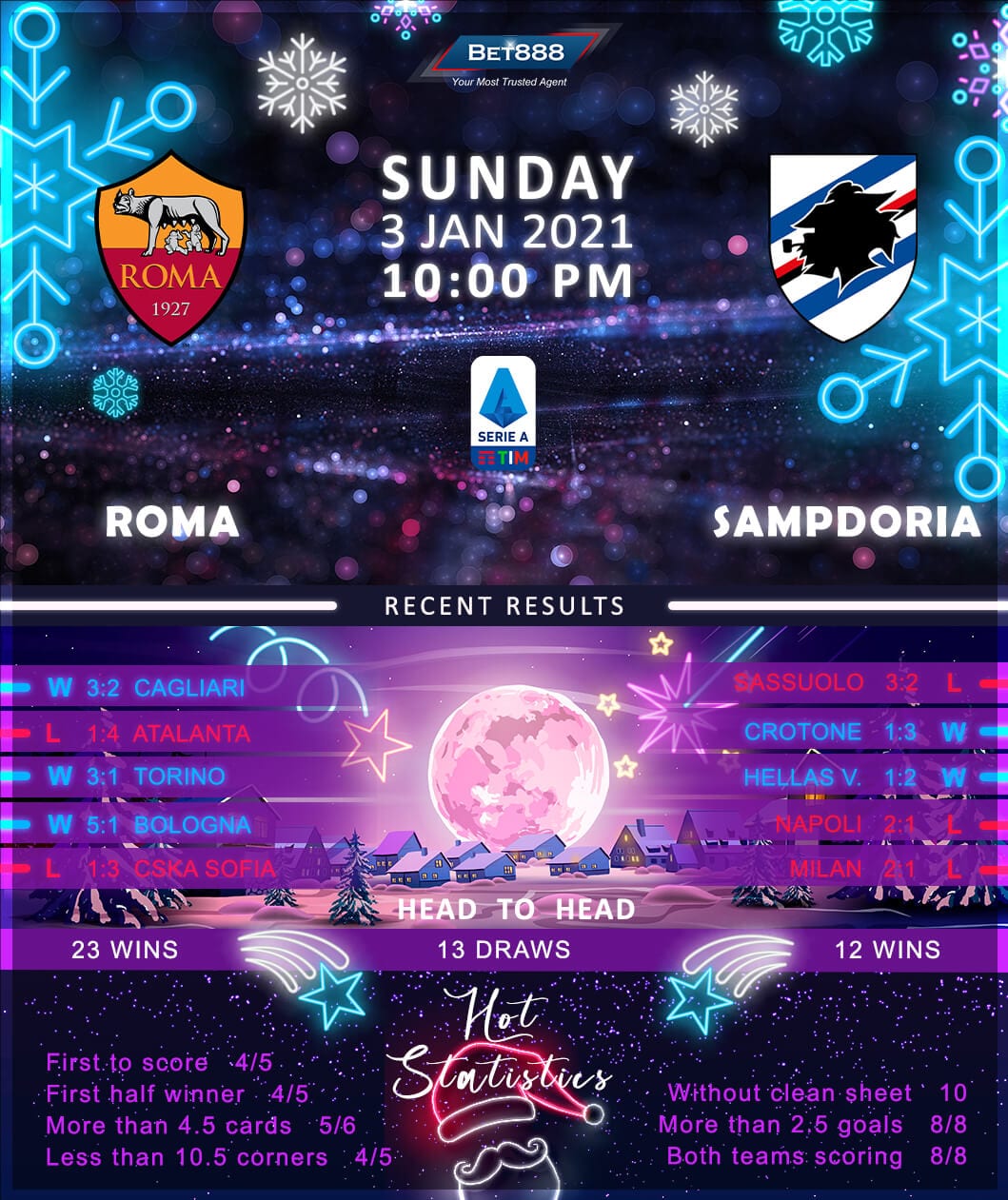