After eliminating his former employees Sporting Braga, Paulo Fonseca will be looking to overcome another ex-team, Shakhtar Donetsk, as Roma welcome the Ukrainians to the Stadio Olimpico. It will be the first meeting between the pair in the UEFA Europa League.

Roma qualified for the Europa League knock-out phase as Group A winners, easing past Braga in the Round of 32 with a 5-1 aggregate win (2-0 A, 3-1 H). Except for their underwhelming performances against CSKA Sofia (0-0 H, 1-3 A), Fonseca’s men have netted over 1.5 goals in each of their remaining six Europa League outings this term, managing an average of 2.83 goals across those fixtures. Additionally, the Serie A giants have won their last seven home knock-out games in major European competitions by an aggregate score of 16-5. However, ‘I Giallorossi’ have won just two of their six European meetings with Shakhtar Donetsk, losing the other four, with 66.67% of those results (win/loss) seeing the victor preserve a clean sheet.

After finishing third in their respective UEFA Champions League section, Shakhtar secured a comfortable 3-0 aggregate win over Maccabi Tel-Aviv in the Europa League Round of 32 (2-0 A, 1-0 H) to reach this stage of the competition for the second year running. Interestingly, six of Donetsk’s eight European fixtures this season have seen one or both sides fail to get on the scoresheet. Topically, Luis Castro’s men have drawn a blank in each of their last four European meetings with Serie A sides, including two goalless draws with Inter Milan in the Champions League group stage this term. However, the Ukrainian heavyweights have only lost one of their last five away matches in the Europa League knock-out phase (W3, D1), netting 2+ goals on three occasions in the process. 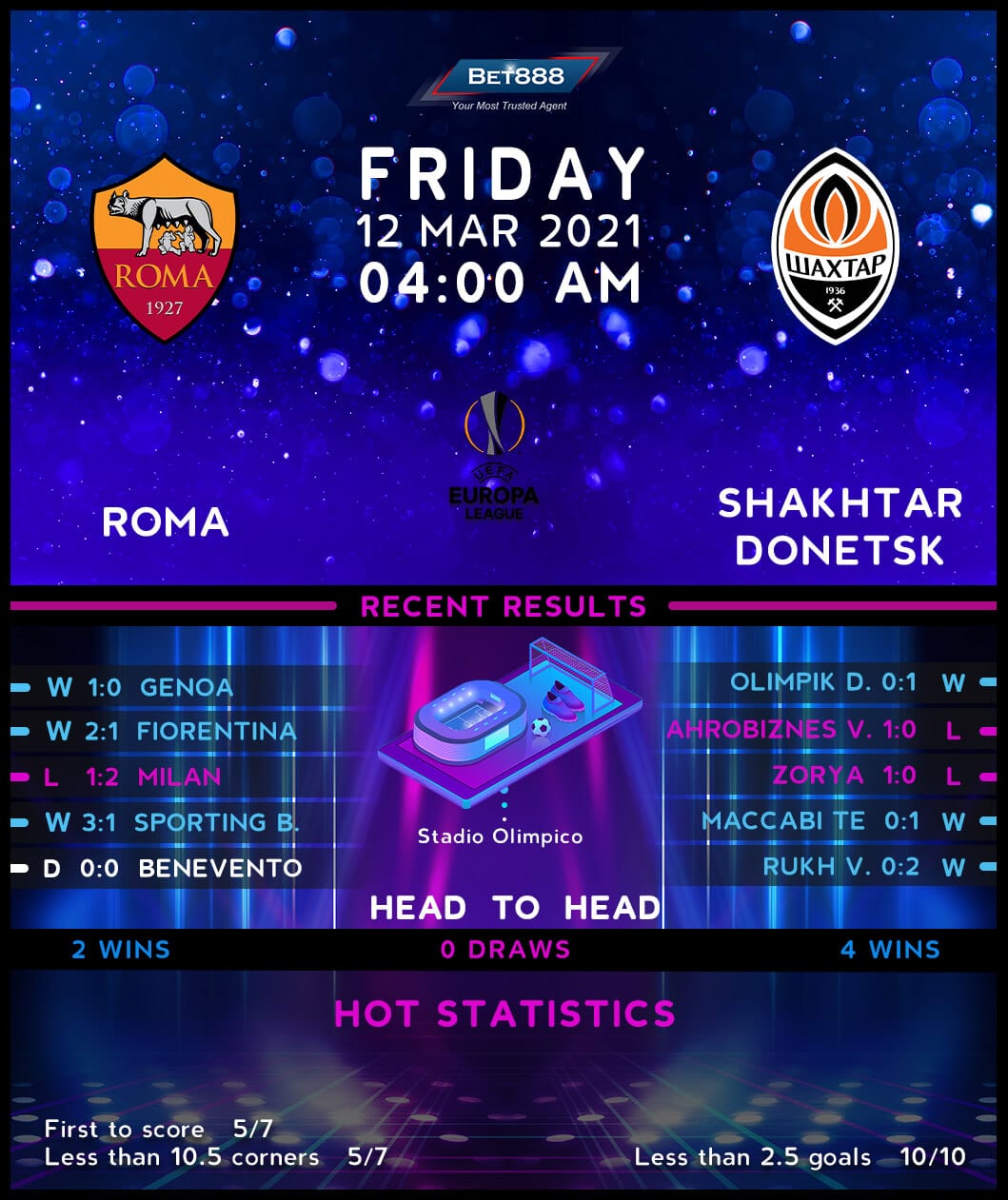