Stadio Olimpico is the venue, as Roma and Spezia lock horns in the Coppa Italia Round of 16.

Having lost 3-0 at Lazio in the Derby della Capitale last weekend, Roma are looking to bounce back against a Spezia side they’ve met only once this millennium (W1). ‘I Giallorossi’ have suffered a dip in form, going from three competitive triumphs on the bounce to back-to-back matches without winning (D1, L1), with four of those games producing over 2.5 goals. However, Stadio Olimpico has been a stronghold the home fans have been hoping for this season, as Paulo Fonseca’s men have not lost a single competitive fixture here (W8, D4). Moreover, free-scoring Roma have netted over 1.5 goals in 75% of their home matches in all competitions this term (9/12). At the other end of the pitch, the hosts have kept a clean sheet in six of their last ten home games.

On the other hand, the visitors have gone from three consecutive defeats to three matches without a loss in a row (W2, D1), with four of the five games won/lost in that period yielding the same 2-1 scoreline. Away from home, Spezia have won just one of their last six competitive matches (if considering only 90 minutes of play), conceding 2+ goals per game four times in the process (D3, L2). Particularly vulnerable after the half-time break, Vincenzo Italiano’s men have registered eight of their last nine goals conceded away from home in the second half of play. Curiously, the ‘Aquilotti’ have scored precisely two goals within 90 minutes in each of the last two Coppa Italia rounds, overcoming Cittadella and Bologna in the process. 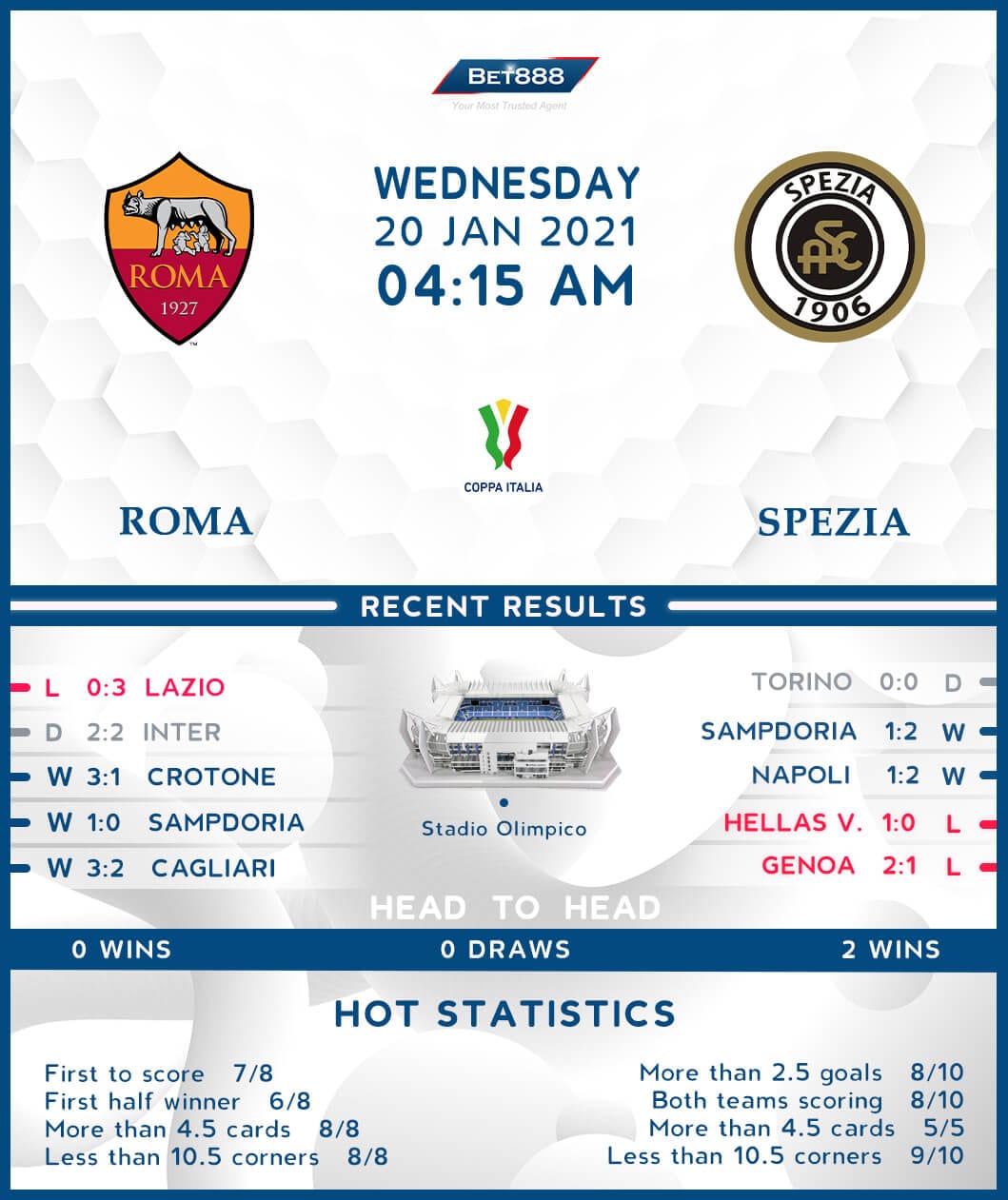