Roma and Sporting Braga go head-to-head at the Stadio Olimpico in the second leg of their UEFA Europa League last-32 tie.

A 2-0 first-leg win in Portugal has laid the foundation for Roma to reach the Europa League last-16 in the fourth successive attempt. ‘I Giallorossi’ have been relentless at home this Europa League campaign (W2, D1), returning a +7 goal difference from their three group-stage home matches (GF:8, GA:1). Far more dangerous after half-time, Paulo Fonseca’s men have notched up 60% of their total Europa League goals scored this season in the second half of play (9/15), getting on the scoresheet beyond the 80th minute in three of their eight outings in the competition. Adding to their confidence, Roma have won four of their last six UEFA meetings with Portuguese visitors at Stadio Olimpico (D1, L1). What’s more, they have only suffered one defeat in their previous 18 home fixtures in major European competitions (W13, D4)!

Roma exposed Braga’s defensive woes in the first leg, putting two past the Portuguese side to bring their tally to 12 goals conceded this Europa League campaign. ‘Os Arcebispos’ have shipped over 1.5 goals in four of their seven Europa League outings this term, recording 43.75% of their total goals conceded in the competition beyond the 65-minute mark. Carlos Carvalhal’s men have lost each of their last four away games in the Europa League knock-out stages, drawing a blank on three occasions in that run of fixtures. Furthermore, Braga have only won once in their previous four continental trips to Italy (D1, L2), with each of those meetings featuring a full-time margin of under 1.5 goals. The ‘clean-sheet’ theme remains significant in the context of Braga’s recent away fortunes, as each of their last five competitive matches on the road has seen the victor register a shutout (W2, L3). 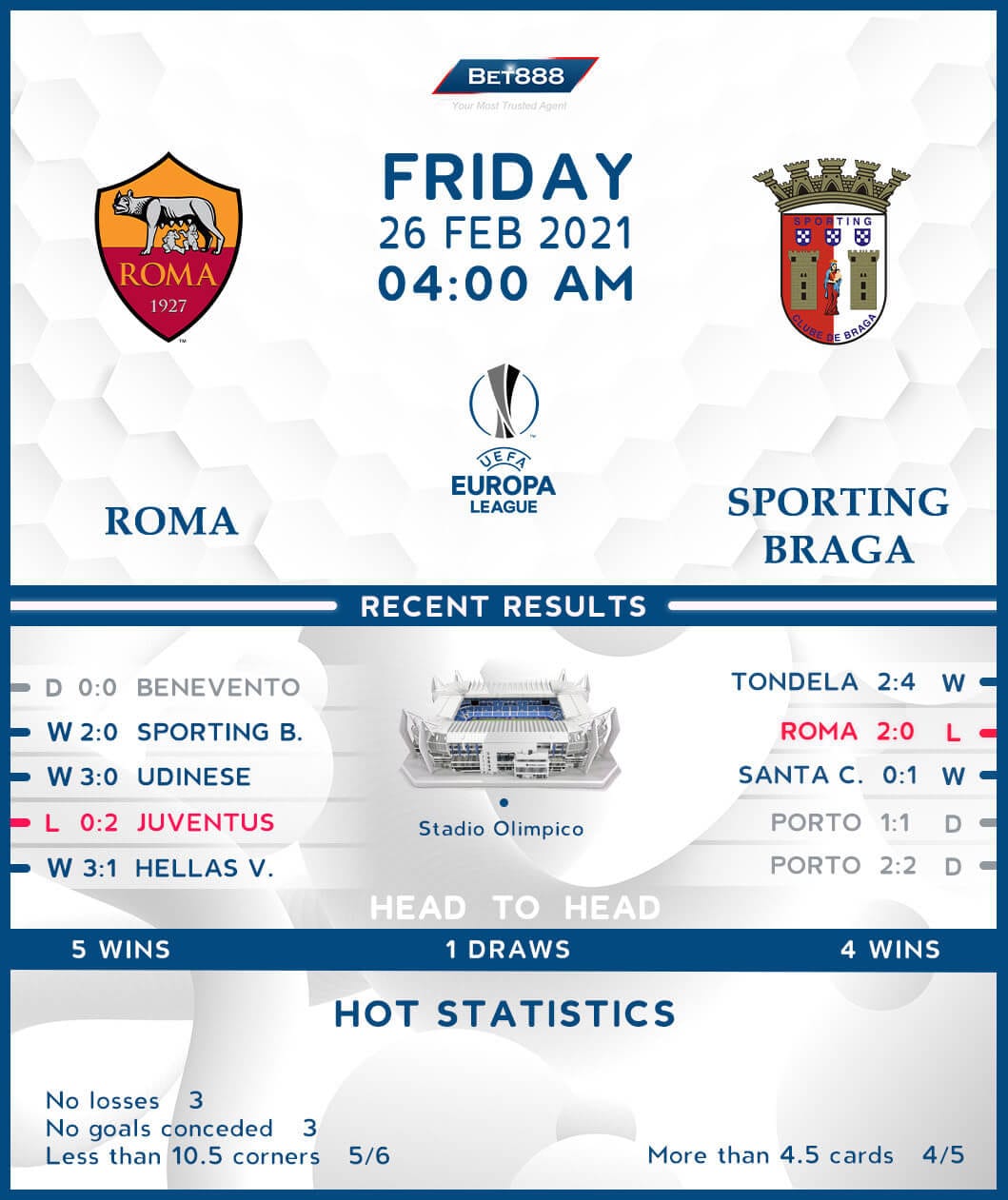