After being knocked down from a two-game winning Serie A streak with a 2-0 away loss at Juventus, Roma have the misfortune to be taking on resurgent Udinese at the Stadio Olimpico.

None of Roma’s last four Serie A matches have ended in a draw (W2, L2), with three of the games won/lost in that sequence yielding at least a two-goal margin. Topically, none of the last 15 Serie A meetings between Roma and Udinese have ended level, with the capital-based outfit keeping a clean sheet in six of their previous nine such encounters (W6, L3). Coming into this matchday, ‘I Giallorossi’ are the only side yet to lose at home this Serie A campaign, returning a league-highest 27 points from their 11 home league outings so far (W8, D3). Moreover, only Inter Milan (29) have scored more top-flight goals at home this season than Roma (28), though Paulo Fonseca’s men have netted more first-half home goals (16) than any other team.

Meanwhile, Udinese have gone from nine consecutive Serie A games without winning (D5, L4) to back-to-back victories, both of which came ‘to nil.’ Nonetheless, for ‘I Friuliani,’ goals have been in short supply lately, as they’ve netted under 1.5 goals in nine of their last 11 league outings, with seven of their ten goals scored in that period arriving in the second half of play. Indeed, Udinese’s tally of only five first-half goals scored away from home this Serie A season is on the division’s worst, with Luca Gotti’s men one of just three sides yet to find the net within 15 minutes of the away Serie A action. However, after winning at the Stadio Olimpico last season, the visitors are looking to post consecutive top-flight triumphs at this venue for the first time since 2005. 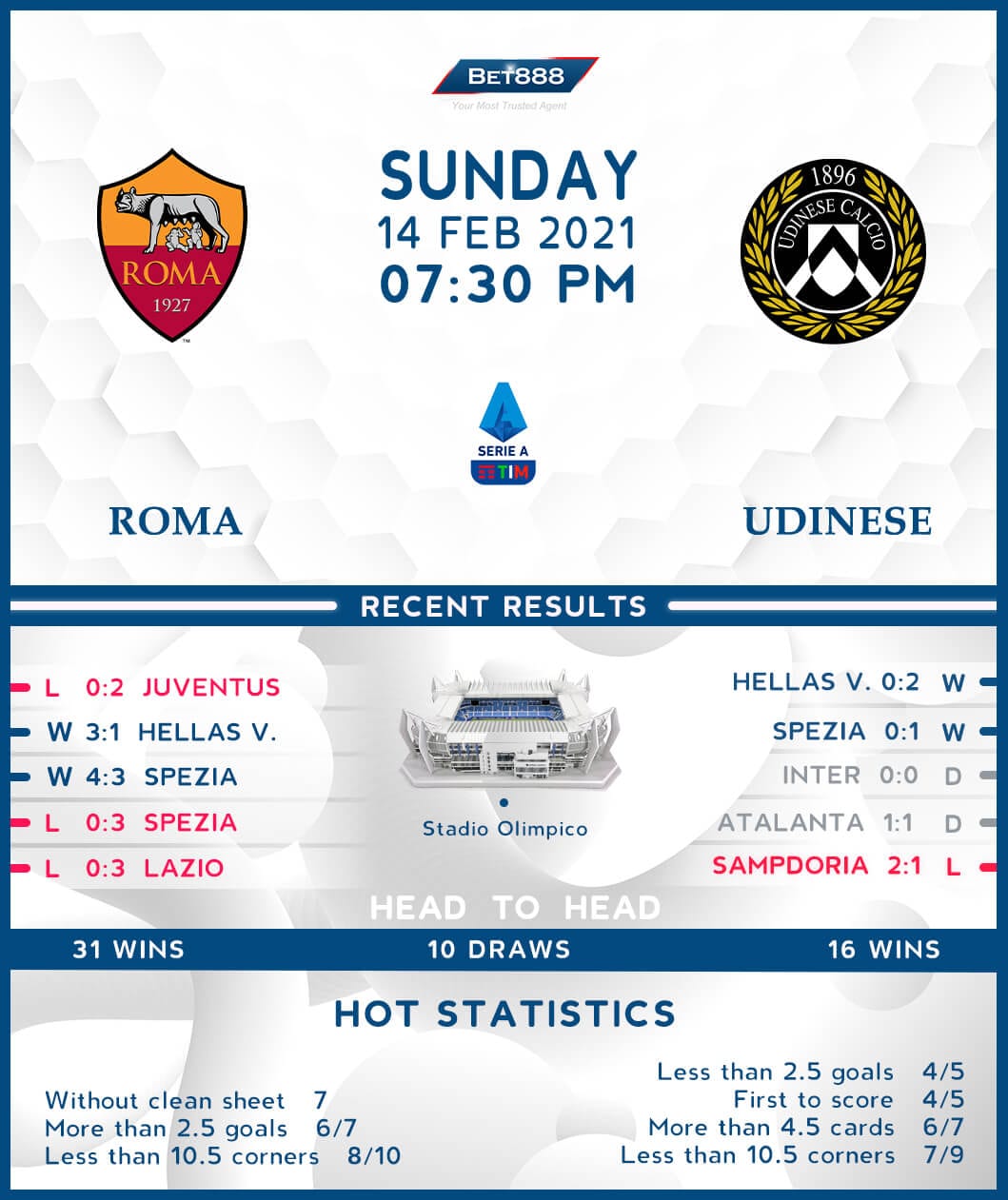